We know that building with LEGO can put you in the zone, but have you ever noticed the sounds the bricks make? It’s quite soothing apparently, and so, in hopes of bringing adults even more ways to destress, the LEGO Group has released LEGO® White Noise, an album of sounds made solely with bricks. Curious? So are we, and here’s what we found out. 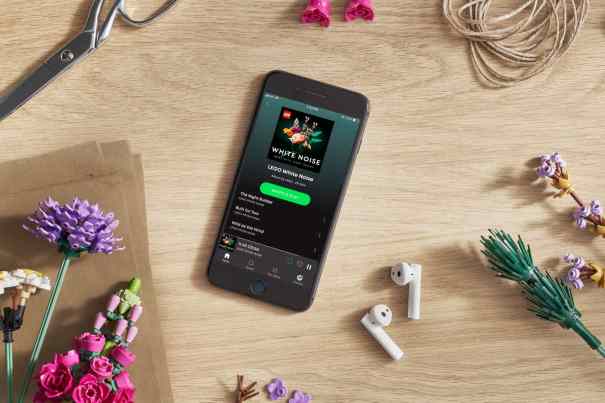 Research shows that almost 73% of adults are looking for new ways to de-stress. To offer up something unique, LEGO designers experimented with over 10,000 LEGO elements, and they found the most soothing sounds possible.

The soundscape has seven different tracks, each one is 30 minutes long and a completely different sound: clicking two bricks together, sorting through a pile of LEGO to find “the one,” a waterfall of thousands of bricks being poured out, and more.

Released to accompany the new LEGO Botanics line—which includes a flower bouquet and a Bonsai tree—the playlist can be accessed on over 15 different music streaming platforms, including Spotify and iTunes or for free on LEGO.com.

Want to Star in Your Own LEGO Music Video? Now You Can