If the name Nik Wallenda rings a bell, it’s because he just walked over an active volcano, live on ABC, as his latest high-wire stunt. And his next major event will be walking the plank at the grand opening of the all-new Pirate Island hotel at LEGOLAND® Florida Resort. 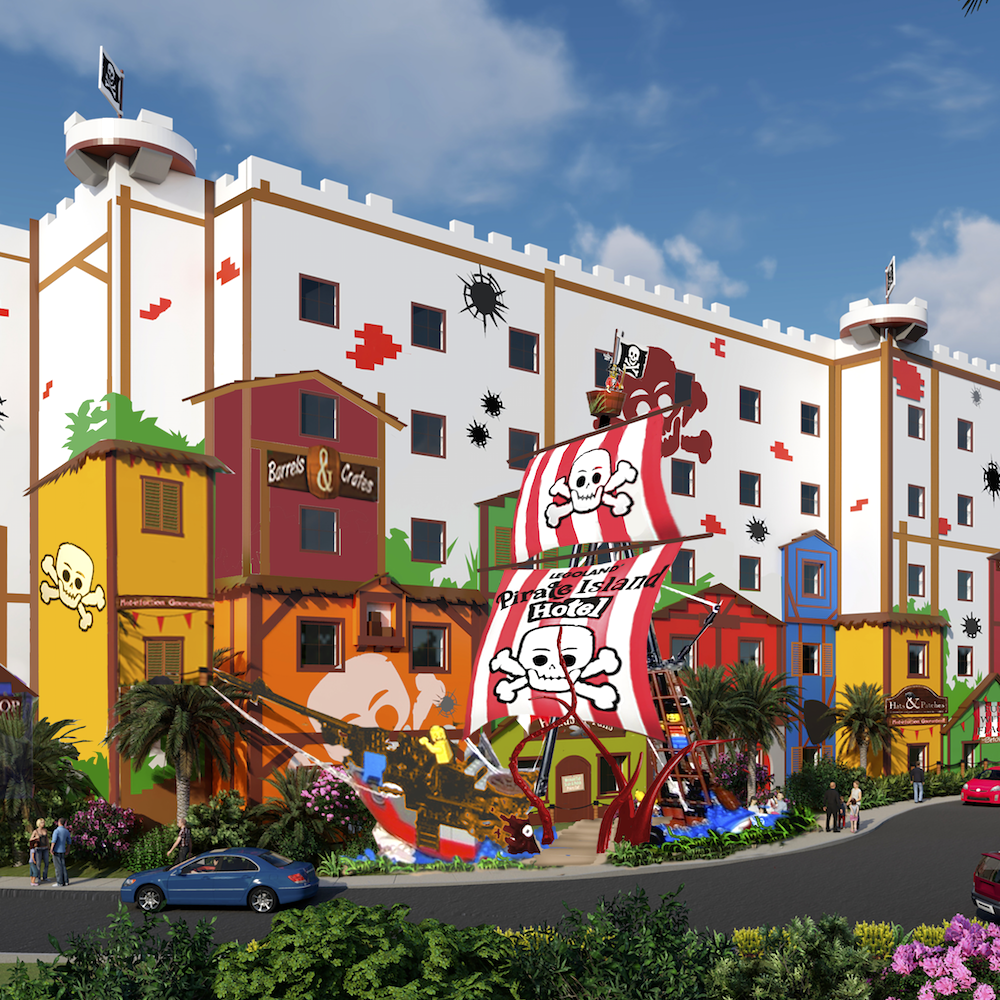 In true pirate-fashion, Wallenda will “walk the plank” from inside the theme park to the new hotel to kick off the resort’s opening festivities on Thursday, April 16. LEGOLAND Florida Resort park and hotel guests are invited to take part in the fun and watch the nail-biting stunt safely from the ground.

Wallenda will walk across an over 500 ft. long high wire, using a 28-foot balance pole enhanced with LEGO bricks. Check out the video below of Wallenda’s invite and a sneak peek of the progress of the hotel!

If you can’t make it to LEGOLAND on April 16, don’t worry. The event will be covered on LEGOLAND’s Facebook and Instagram accounts.

Pirate Island Hotel will be connected to the existing LEGOLAND Hotel, becoming the third on-site hotel at the LEGOLAND Florida Resort. Located right outside the main gates of the park (130 steps, to be exact) the hotel will include 150 rooms, a heated pool and pool deck, a pirate ship in front of the hotel, a pirate-themed restaurant, nightly kid-friendly programming, LEGO character experiences, LEGO play pits and a lobby bar for the grown-ups.

Pirate Island Hotel will officially open to the public on Fri., April 17. Reservations are available at LEGOLAND.com/pirateisland

LEGOLAND Just Declared 2020 the Year of the Pirate