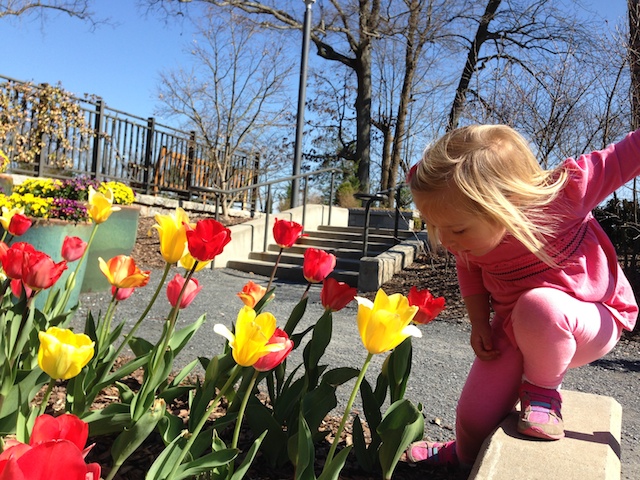 My daughter. She’s a wily one. Born smack in the middle of two boys with a mom who cares more that she gets in a good run than a good manicure, my tender bloom is equal parts girly-girl and gunslinger.

By birth order alone, she inherited a basement full of action hero costumes, dinosaurs, trains, and LEGOs. In this jungle of—like it or not—stereotypical boy-ness, for years my daughter never knew that there were princess palaces and pink cheerleading outfits to contemplate. And even after the floodgates of pink, purple, and sparkly opened, I still find her sifting through her brothers’ stash, often looking for just the right prop for whatever drama she’s acting out. She learned early on to take what she has and make it work.

Consider her adventures with LEGOs for a moment. While my son is a stickler for following the instructions and playing along with whatever theme comes plastered on the box (grateful to have at least one rule follower), my daughter takes the mismatched sets and works miracles. The chassis of a Ninja Turtles sixteen wheeler? That’s a stage for her ballerina police officer. Darth Vader in miniature? Nope. He’s a ninja warrior who fights red legos that she’s planted all over the playroom floor (oh, joy!). Her structures, while elaborately created from imagination instead of the blueprints we lost ages ago, matter less in the grand order of LEGO playtime. It’s her plot—the story and the drama and the interactions between her characters—that matters more.

Now, before you start feeling too sorry for my little LEGO lover, I should tell you that we’ve supplied her with plenty “girl” sets of her own. But the same thing happens. We build the set to specifications, and by the next afternoon Elsa has become a cowgirl on Sven’s back, Anna is a sled-driving horse thief, and Olaf is Sherif. The trading post we spent an hour building is snapped to the top of her brother’s LEGO X-Wing, and the Death Star is in jeopardy from an ice cube slinging Kristoff. It’s the plot that matters more.

At night, when I worry about my kids—or more honestly, about my parenting skills—I comb through the remnants of the day, searching for signs that I’m doing something right. And when she’s been on a LEGO kick, it’s easy to find what I’m looking for. Because if there’s any skill that a woman needs in this world, it’s her ability to pick up the mismatched pieces in the LEGO drawer of life and build something beautiful, exciting, and exactly right for herself out of it.

ABOUT THE WRITER Shelley Massey
Baby Will Travel

Shelley Massey is a writer and editor for family travel, fitness, and lifest‌yle publications. She enjoys exploring with her four kids ages 10 & under, running, good food, entertaining, and great stories. And though she and her family live happily in Atlanta, their hearts are in Tennessee.
Red Tricycle > Spoke Contributor Network > LEGOS, Life Lessons, and My Little Lady