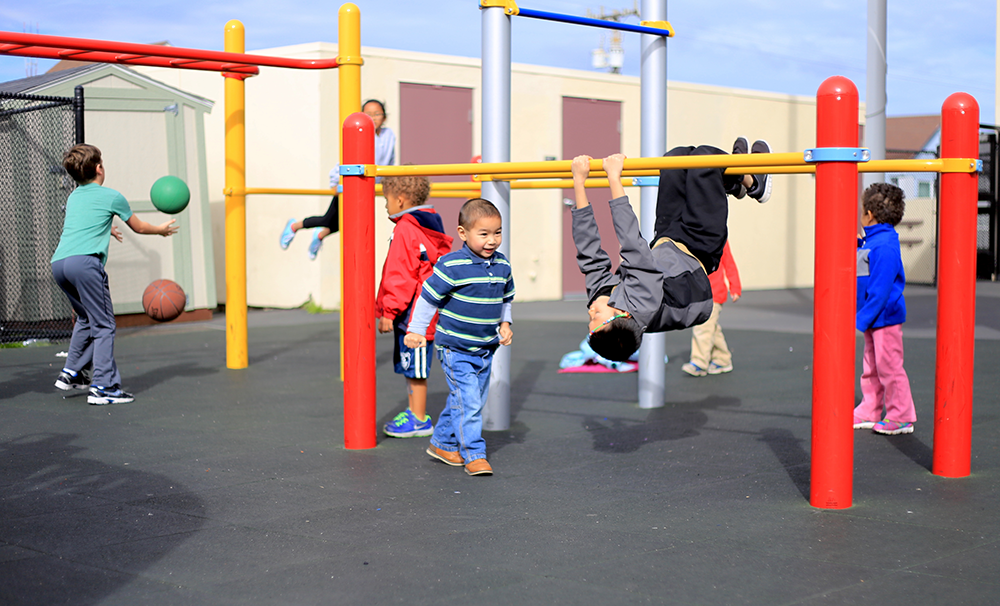 At Eagle Mountain Elementary School in Fort Worth, Texas the youngest students have become a little less squirmy and much more attentive thanks to an experiment in play. The kindergarteners and first graders spend time outdoors for recess, not once or twice, but four times a day. The results of this change have been pretty eye-opening. Read on to find out why kids succeed academically when they study less and play more.

Liink is a new program developed by Debbie Rhea, a kinesiology professor at Texas Christian University, which aims to get kids more focused in the classroom by boosting the time they spend outside of it at recess. The program has enlisted four Texas elementary schools, including Eagle Mountain, as an experiment to prove that physical activity helps minimize fidgeting and problems with paying attention for young students.

For the past few months the kids have received four fifteen-minute breaks per day for a total of one hour of recess time. They previously had only one 20-minute break. The results speak for themselves, as first grade teacher Donna McBride told TODAY Parents, her students are now less fidgety, more focused, they follow directions and try to solve problems on their own, and are even having less discipline issues.

While there was some concern from both teachers and parents that the program would have the opposite effect and make it harder to teach kids, with all the improvements, most parents are excited about the change. Liink plans to expand to more schools in Texas, Oklahoma, Utah, and Minnesota in the fall.

Would you like to see more recess at your child’s school? Share your thoughts in the comments.