Let’s Cut The S**t: Dads Are Just As Capable As Moms Are 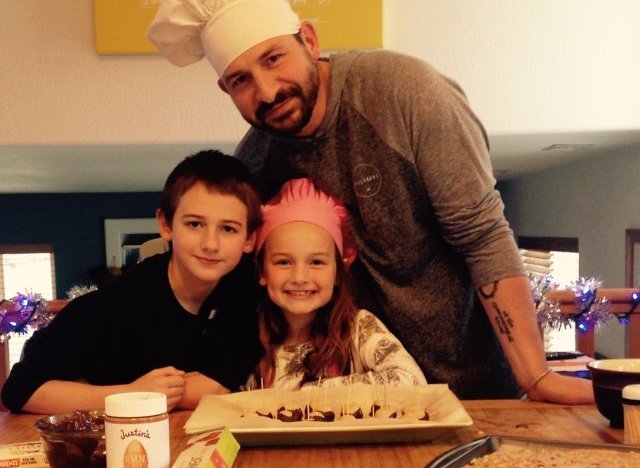 I recently had a conversation with my 14-year-old son about feminism. He asked if I consider myself a feminist. The fact that I do is well known in my family, so I knew something was coming my way. After discussing what feminism means in detail, he questioned the term. If I am for equality for men and women, then why wouldn’t I just call myself an equalist?

He decided that is exactly who and what he is… an equalist.

This opportunity to converse about this term came from another ridiculous commercial.

You know the ones… Dad is bumbling around in the kitchen, unable to get breakfast right.

Mom is having to bark orders at Dad, as everyone exchanges knowing glances around the room.

Dad drops kid off at the wrong school. Oh Dad… we expected as much.

Dad uses the kitchen towel as a diaper for the baby… because… well… he is Dad, after all! We can’t expect much more right?

Who approved this message that consistently get’s delivered to us in our living rooms everyday?

Who decided that in order to “equalize,” we would destroy our men?

The message my children are receiving from society is Mom can “do it all,” but Dad… well, not so much. You’ll have to excuse Dad, because he just isn’t cut out for this homemaking stuff. Dad is portrayed as an idiot on television. He trips from chore to chore, barely able to figure it all out.

Is this the message we want to send to our boys and girls?

You see, this not only shines a light on Dad, but on me as a Mom as well. I make good decisions, and I would never choose someone who babysits their own children… especially half-assed!

So please, great television creators… stop telling my daughter that men are idiots.

Stop telling my son it is okay to not participate at home.

Stop telling my daughter that she should expect less from men when and if she has children. Stop telling my son that he isn’t smart enough to figure this child rearing thing out.

Stop telling Dads that their way is the wrong way.

Stop telling Moms we know everything about raising kids… we don’t.

Stop telling my daughter that she is supposed to be the one who knows how to do it all.

Just stop… we don’t need your help in marginalizing our boys or girls.

The message you are sending is just as harmful to our girls as it is to our boys.

Our kids are confused. I totally understand why. We talk so much about not leaving anyone out these days. We assign labels to things and “sexist” is just one of them. Don’t get me wrong, I am passionate about raising our girls up and letting them know they can do and be anything they want. It is actually a big part of my work.

But I will not destroy our boys in the process. I will not.

It is not necessary to bring one gender down to raise the other up.

As a Psychotherapist, I see what the message society is sending is doing to our boys.

We as a society get to choose to reject this message.

What will it take? It will take Moms like me, standing up and saying, “that depiction on television does not portray my partner.” It will take parents pointing out the stereotypes on television and talking to our children about it. Talk about that elephant in the room. It will take women choosing their battles at home, and realizing that Dad may do things differently, but that doesn’t make them wrong.

It will take vigilance.

Be vigilant about the messages your children are receiving and be ready to combat them.

Be open about discussing the stereotypes that are imposed on both genders.

Be encouraging when your boys want to help around the house, and teach them the skills needed, just as you would teach your girls.

Don’t assign typical gender chores to your kids. For example: girls do the dishes, and boys take out the trash. Mix it up instead.

Exude trust in your partner, and choose your battles wisely, discussing differences in private.

Choose to buck the system our boys are funneled into… let them cry, let them dance, and let them sing.

Let them just be. 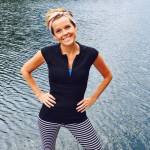 ABOUT THE WRITER Kerry Foreman
www.groundedblog.com

Kerry Foreman is a Mindfulness Based Psychotherapist, Writer and Speaker. Kerry integrates her life experience from a chaotic childhood, with her education in order to help others heal and soar.  Kerry lives in Monument, CO with a very patient husband, a teen, a tween and two rescue dogs.
MORE FROM Kerry:
The Beauty in Conflict: Stop Avoiding and Start Inviting, Start with the Heart: Responding to Our Children’s Overwhelming Emotions with Love
Red Tricycle > Spoke Contributor Network > Let’s Cut The S**t: Dads Are Just As Capable As Moms Are