Surprise! Your Fave L.O.L. Dolls Are Going on Tour in the Spring

L.O.L. Surprise! is coming to a stage near you. If you’re ready for some in-person entertainment, the beloved brand is taking its fierce, fab characters on a nationwide concert tour—with dozens of dates announced! New tour dates have been added in big destinations like Washington D.C. and Boston and due to a scheduling shift, some of the previous dates have been rescheduled or removed.

Lady Diva, Royal Bee, Neonlicious, Swag and other faves are hitting the road for the L.O.L. Surprise! Live-Calling All B’B.’s concert experience. With awesomely amazing visuals, the L.O.L. Dance crew and plenty of music, this interactive show is a can’t-miss for your young fan. 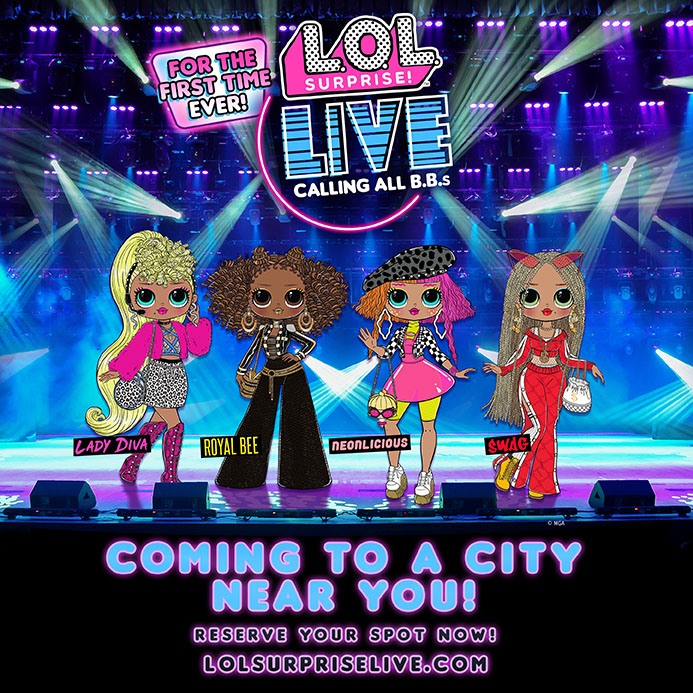 Here’s the full tour schedule, which kicks off in Spring 2022:

Tickets and VIP packages are on sale now for shows that were rescheduled and tickets for the newly added shows go on sale to the general public starting Friday, October 8. Since Citi is the official presale credit card of the tour, Citi cardmembers have access to purchase presale tickets for the new shows beginning October 5 at 10 a.m. local time. Visit Citi or the LOL Surprise Live site for all the details!

Here’s Your First Peek at the New “West Side Story”