7 Spots To Join in the Marathon Fun

Starting at Dodger Stadium and winding all the way to the Santa Monica Pier, the Los Angeles Marathon is dashing through the city this year on March 15, and it goes past some of the most famous landmarks in the city. The route is lined people cheering, offering up snacks, and even drumming along. These are our favorite spots along the route where kids can join in the fun.

Update: Due to the expected heat on Sunday, the race will be started half an hour early, and runners will be released in waves.  This may be the hottest marathon on record, so remember to bring plenty of water, sunscreen at hats, even if you’re just watching! Early Bird Takes the Redline
Runners will take off from Dodger Stadium starting at 6:50 a.m., but navigating downtown street closures stinks on four wheels. Take the Red Line to Union Station, where you can see runners, well, run, from Chinatown to Olvera Street, then head back one stop to Civic Center, where you can laze on the Music Center plaza and watch the runners come up from Little Tokyo on their way out of downtown.  Then head back to Chinatown for some dim sum and think about how much more fun it is to eat than run…  Check the LA Marathon website for more information on public transportation and parking on Marathon Day. 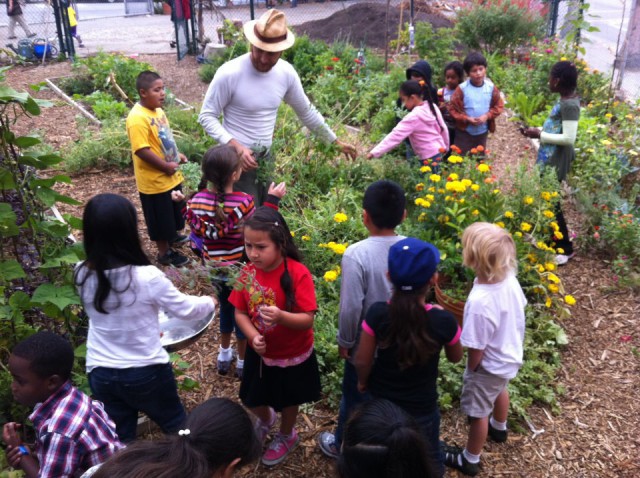 Drum Along
Get up, get some coffee, and head to the community garden at Micheltorena Elementary School in Silverlake.  It’s located right along the run route (Sunset & Micheltorena), and from 7:30 a.m. to 9:30 a.m. there will be a drum circle to chant, cheer and drum to energize the runners along at Mile 7.  Afterwards, the kids will dig playing in the garden and meeting the chickens & rabbits that call the garden home.

Hollywood’s Walk (Run?) of Fame
The route goes right by Hollywood and Highland, The Chinese Theater, the El Capitan and all the stars in the sidewalk at just about Mile 11.  A party atmosphere always emerges, and there is plenty to do (movies, candy shops, museums, shopping…) when the novelty of watching others sweat wears off.  The leaders will be running by between about 8 a.m. and 9:20 a.m. 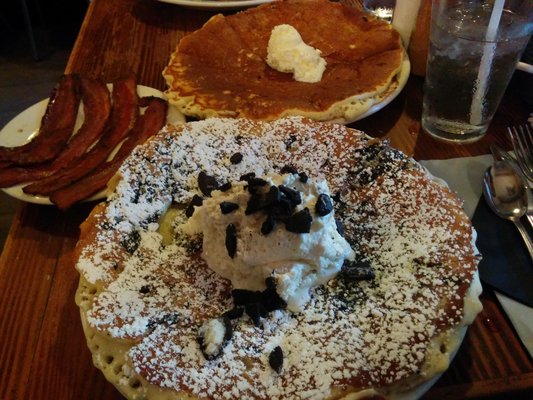 Griddle Café
They exercise.  You carb load.  Fair deal.  Right around Mile 13, at Sunset and Fairfax lies an LA institution: the Griddle Café.  Home of the ginormous pancakes that come in Red Velvet, strawberry Frosted Flake, and even one with Bailey’s and Kahlua mixed right in (this one has a built in excuse not to share with the kids).  You’ll start running tomorrow.  Today, wave at those dedicated souls with your syrupy fork as they pound the pavement. 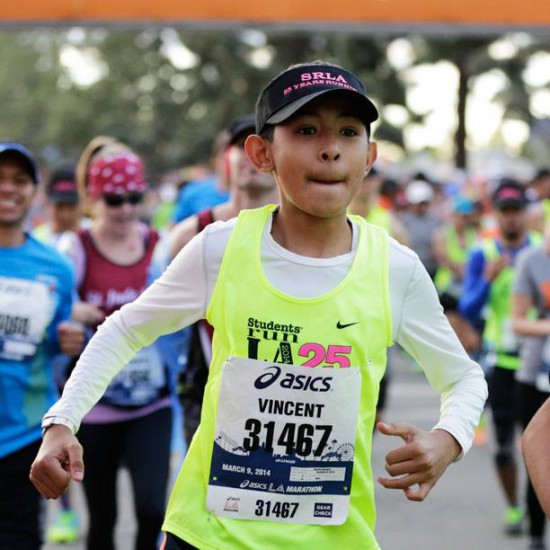 Cheer Alley
Heading into Mile 18 by the Beverly Hills High School is Cheer Alley, a gathering of hundreds of cheerleaders.  Bring along your own pom poms to join the fun, and also marvel at the athleticism and enthusiasm. Cheer Alley is the Pep Rally of the Year, and is made up of Middle and High School cheerleading squads from across Southern California.  So cheer for the runners, and also for your favorite  squads, because the winners take home a big cash prize. The Finish Line
The route ends just before the Santa Monica Pier, the perfect place to congratulate the finishers and then hop on the carousel or Ferris wheel and enjoy the rest of a beautiful day.  The lead women expect to cross the finish line around 9:30 a.m., while mid-pack gets here closer to noon.

You’ll find a map of the run route here, so you can plan where to watch (or where not to drive!).  And remember, anyplace along the route is a perfect place to bring the kids out with a bag of cut up oranges or bananas to hand out and cheer runners along.  This is one of those wonderful events that really brings our whole city together.

Where will you watch? (We’ll be at the drum circle!) 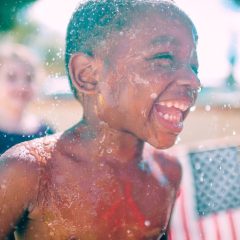 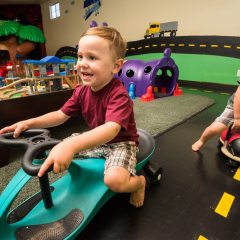 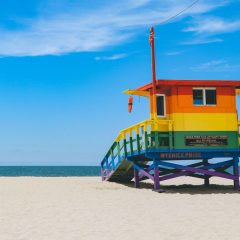 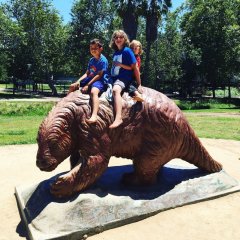 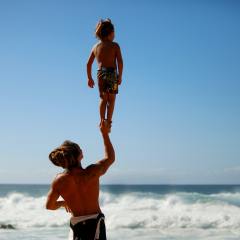 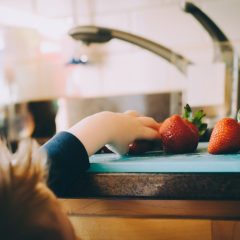