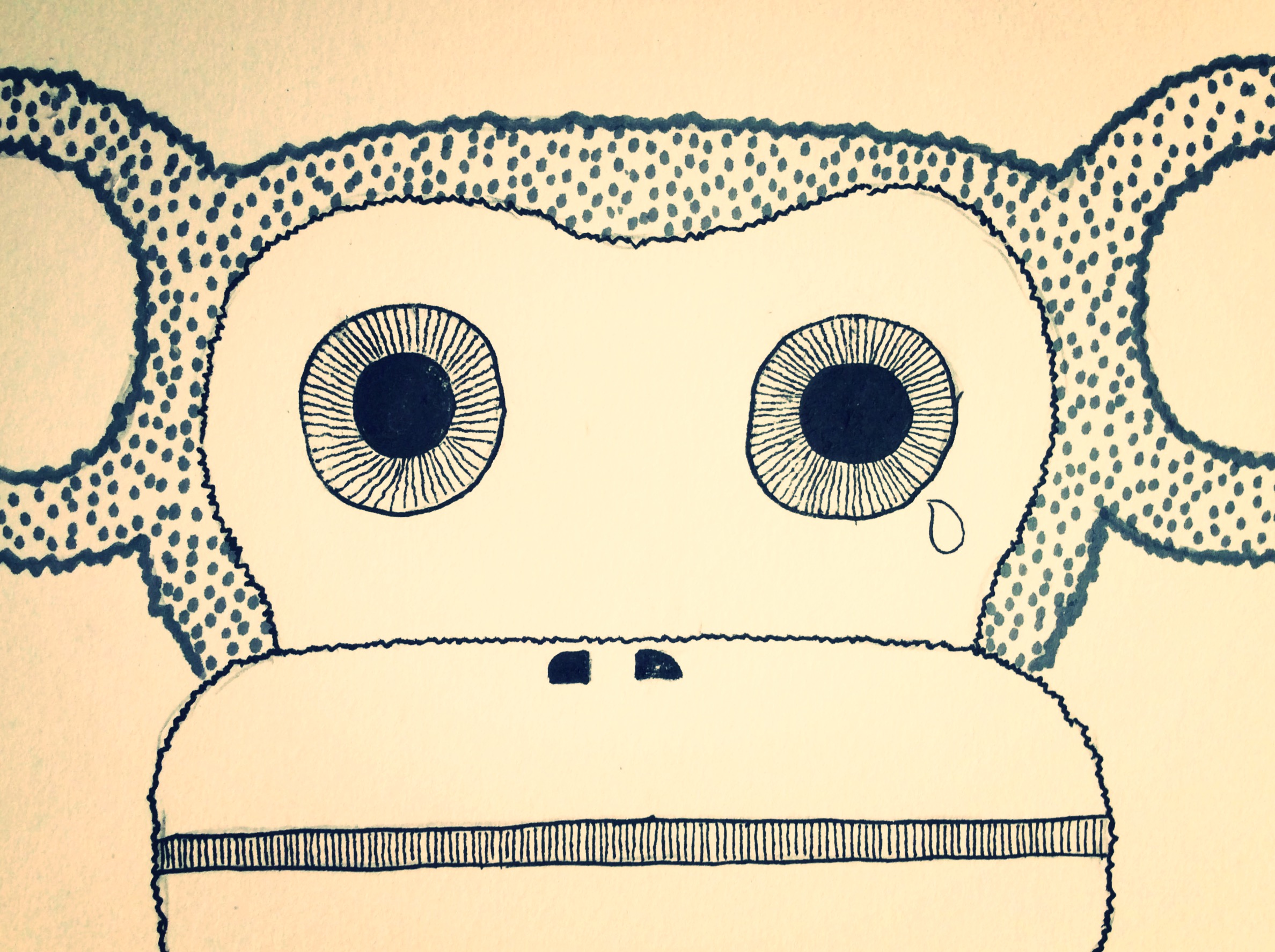 Photo: Man in the Red

It was just like any time you’re standing there in the meditative state of mind caused by queuing, and you spot a face you recognise but can’t quite place where from. But this wasn’t the face of someone I’d once worked with or perhaps known from school. It was a softer face, more simian.

I knew that monkey, I was sure of it. I knew that moss green fur and bright red T shirt with Che Guevara printed on the front. Then it came to me – my daughter had one exactly the same at home.

Relieved to have put my finger on it, I spent a minute musing on the funny coincidence of it all as I lapsed back into my queuing stasis, waiting patiently for my turn on the self-service check-out. I occupied myself by trying to keep my daughter’s pram in that open space between the impulse-buy shelves where she couldn’t just reach out and pull items from where some clever visual merchandiser had placed them; especially for moments like this. Times when parents, too tired to put up a fight, would be worn down by the screams of desperate toddlers who felt the sugar-packed morsels wrapped in colourful packaging deliberately put in their line-of-sight were rightfully theirs.

Hang on, I suddenly realised. I haven’t seen that monkey at home for ages. Now I thought about it, the last time I could remember seeing it was when me and my daughter were out and she had decided to take it with her. It had kept her nicely occupied while we’d been doing some shopping … in a Tesco. In this Tesco! It was no wonder I recognised that monkey, I’d paid for that monkey! That was my monkey – I mean, my daughter’s monkey!

There he was, sitting there on a top shelf behind the counter, resting amongst a display of assorted vodkas, looking like a drunken socialist with that T shirt on.

The self-service checkout ahead of us became available so I made my way up, scanning items as quickly as possible. My daughter stretched out towards the bread, wanting to hold onto it. I handed it over to keep her happy while I finished scanning the rest of my items, keeping one eye on the monkey, somehow worried that someone else would suddenly come along and claim it for their own.

Once I was done, I reasoned, I would approach the counter assistant and tell him it was ours. That’s what I’d do. But wait, said the little social anxiety monster that lives in my head. What if he doesn’t believe you? He might not hand it over. What was I going to then? Make a scene? There was a lot of people around. It might get embarrassing pretty quickly, me fighting over a cuddly monkey while others were waiting to purchase their bits and pieces. It’s not like I could prove it. It wouldn’t even be one of those heart warming moments when a child is reunited with a much-loved toy. I couldn’t claim she hadn’t slept for months without it. I hadn’t even noticed it was gone and she certainly hadn’t. To be honest, she’d never had much of a relationship with any cuddly toy, yet. She hadn’t reached that stage of anthropomorphising a cute inanimate object. Yeah, there was the doll that looked a bit like her at home that she occasionally tried to bottle-feed, but that was it.

How embarrassing was it going to be if everyone around me thought I was just a chancer? Some scumbag trying to grab a free toy for his malnourished child so he could spend the equivalent on booze and whores. Let’s face it, the young man behind the counter wouldn’t call me a liar; most likely he would just give me the little beast, perhaps even apologetically. But he would know, deep down; know I was just a common monkey thief. It would be a brief topic of gossipy conversation with the proceeding customers after I left. I’d be the man who scammed a monkey. What a bastard.

Hang on. That was my monkey! Why shouldn’t I demand it’s return? I wasn’t the one in the wrong here, Tesco was. Fair enough, his absence had gone unnoticed, but that shouldn’t matter. So it wasn’t my daughter’s favourite toy now, but that could all change. He could become the one. That one toy that becomes your childhood companion; the one that goes everywhere with you and can always be found in your childhood photos. The one who always has a place in your heart, even years after being consigned to retirement in the loft. And Tesco had just adopted it as there own branch mascot, doomed to spend his existence among the discount spirits.

And what had they done to rectify the situation? Nothing. Some employee had just picked it from the floor and plonked him there. There hadn’t even been a social media campaign, the amateurs!

I shouldn’t be ashamed to claim what was ours, should I? I shouldn’t be nervous about what others might think. They should be happy for us. It should be the feel good moment of the day for all involved.

After finishing paying for my items I was going to march right up to the counter and get my monkey, it was decided. While committing myself to this I heard my daughter say, “Bread for ducks,” and saw that she’d peeled open the loaf of bread and was attempting to remove the slices and scatter them about the floor. By time I’d wrestled them from her and resealed the bag, shoving it with the rest of my purchases into the bottom of the pram, my moment of bravery had gone.

Grabbing my receipt we made our way out, stealing a glance at monkey sitting there as I passed, his round glass eyes beseeching me to put aside my social awkwardness and reclaim him. Save him from his captors and deliver him back where he belonged. Home.

Don’t worry monkey, I telepathically assured him, I’ll return for you…. Maybe.

ABOUT THE WRITER Andrew Barron
maninthered.com

The day my daughter was born was the day I thought I would automatically turn into a grown up and have all the answers. I was wrong then and I've been wrong everyday since - as my wife often reminds me.
MORE FROM Andrew:
https://maninthered.com/2016/08/18/lost-forgotten-and-found/, https://maninthered.com
Red Tricycle > Spoke Contributor Network > Lost, Forgotten and Found – When Parenting Meets Social Anxiety