St. Patrick’s Day is coming up and you’re looking for a little “luck of the Irish.” If you’re not feeling particularly lucky, it’s possible you just don’t live in the right place.

Zippia recently released its list of the luckiest states in the country. From the highest lottery winnings to the places where people live longer lives, some states are luckier than others. 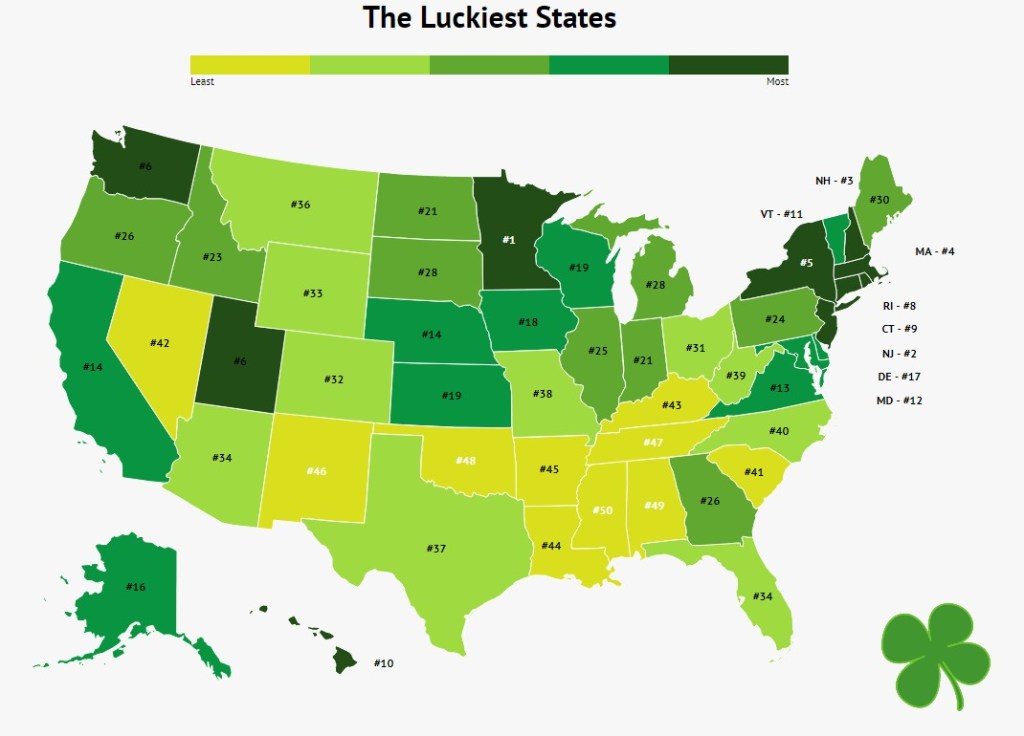 Along with lotto winners and overall life expectancy, Zippia measured median income, weather-related fatalities, unemployment rates,and car accident fatalities per 100,000 people to determine the luckiest states in America. And the winners are:

Could it be time for a move?

Red Tricycle > News > Healthy Families > These Are the Luckiest States in the Country, Study Finds