The Year of the Pig has arrived and now you can celebrate the Lunar New Year at Universal Studios with some spectacular events throughout February.

Universal Studios Hollywood is ringing in the Lunar New Year with a variety of your favorite friends from Kung Fu Panda to Hello Kitty. The park will be decked out in red lanterns and plum blossom Wishing Trees where you can make your own wishes. At Universal Plaza you’ll find plenty of entertainment including cultural performances. You can also get in on the action during the interactive Dragon Warriors kung fu training show, where the Dragon Warrior himself, Po, will make an appearance. 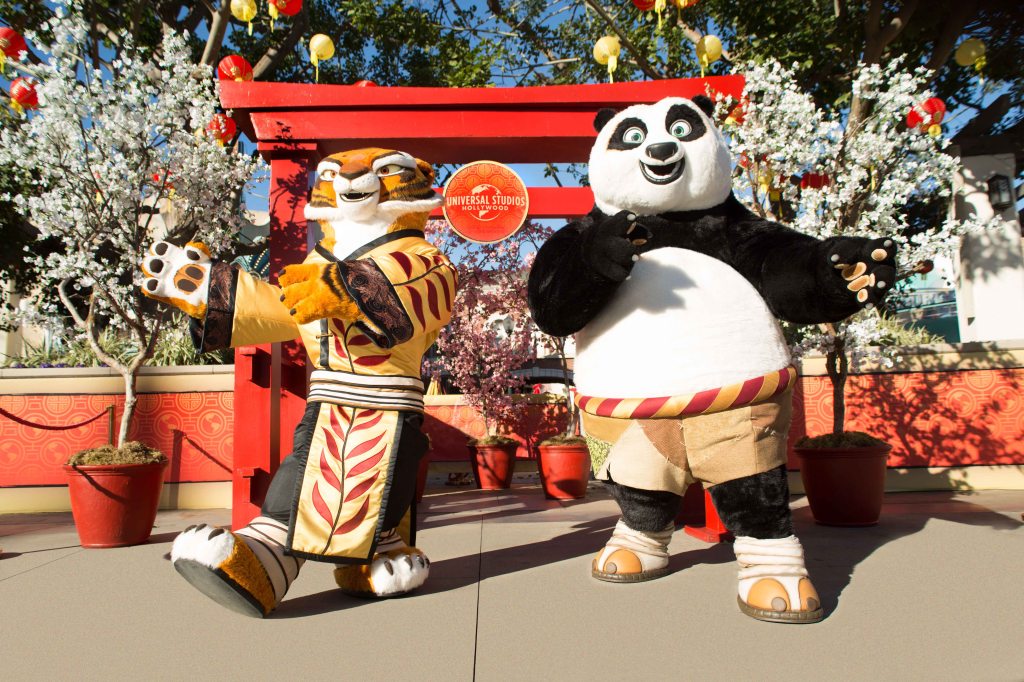 Speaking of appearances, there are many opportunities for some unique meet-and-greets with characters throughout the park. Say hey to everyone’s favorite adorable cat, Hello Kitty, at the Animation Studio Store. You can also meet several of your favorites, including a Mandarin-speaking Megatron from Transformers and Minions dressed in traditional Chinese attire, at Universal Plaza.

Tasty treats to celebrate the Lunar New Year also await you across the park. At Mr. Ping’s Noodle Shop you can sample some Asian dishes while being greeted and entertained by Mr. Ping himself. Try the Secret Ingredient Stir Fry Noodles, Po’s Dumplings, Dragon Warrior Baos or Oogway Egg Rolls.

Various restaurants and food carts will also be serving up special menu items in honor of the celebration for a limited time only. A Teriyaki Turkey Leg or Asian Sausage on a Stick makes a great savory snack or if you want something sweet, try the Green Tea Lychee ICEE, PB&J Dumplings, Green Tea Churro with White Chocolate Dip or Red Bean Cake Ice Cream, among other tasty treats.

What to Expect at Universal Studios Hollywood in 2019