Grammy Award-winning rapper Macklemore may be known for his 2014 album, “The Heist,” but he may have just outdone himself with the release of this music video in which he shows his 100-year-old grandma the time of her life.

“For my grandma Helen’s 100th birthday, I flew down to California to surprise her,” begins the video, which is the official music video for Macklemore’s new song, “Glorious.” We see the white-haired and sweet-looking Grandma opening her door and reaching her shaky arms out to hug him.

Inside, he says: “Today, we’re going to do whatever you want.”

And this is where things go from something sweet and sentimental to something way more awesome.

First, after cruising around with Macklemore in his convertible, Grandma gets to pull the classic prank of chucking eggs at some unsuspecting neighbor’s home. They then buy grandma some rad new shoes (they’re sort of, rapper-meets-nurse style) before rocking it out at a karaoke bar. 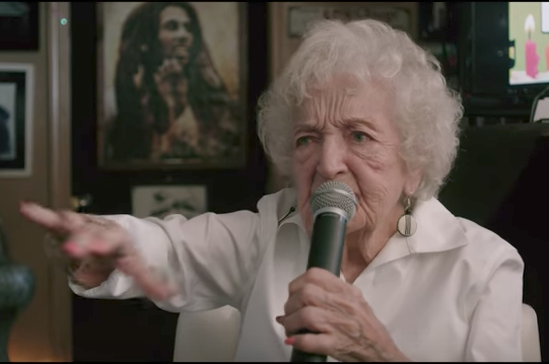 The duo then hits up an arcade, where Grandma gets down on Guitar Hero and also manages to become probably the only person to have ever gotten anything out of a claw machine.

And, of course, no crazy day would be complete without someone getting a tattoo, so Macklemore gets his beloved grandma’s name tattooed on the back of his arm. (Grandma, apparently, approved.) 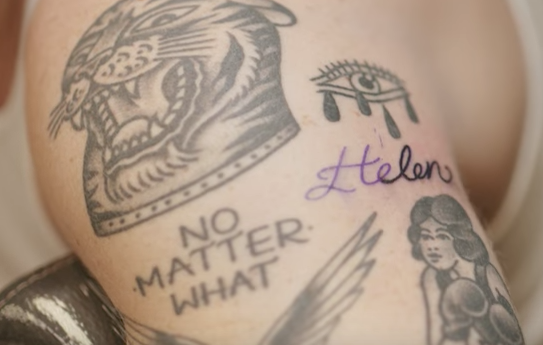 From there, Grandma gets some swanky new clothes at a consignment shop and then arrives home to find her fellow seniors waiting for her, ready to play some cards and celebrate the Big 1-0-0. With a stripper!

With all its crude antics, the video ends sweetly, with Macklemore and his grandma sitting on the dock of a lake, hands entwined, looking out at the sunset. 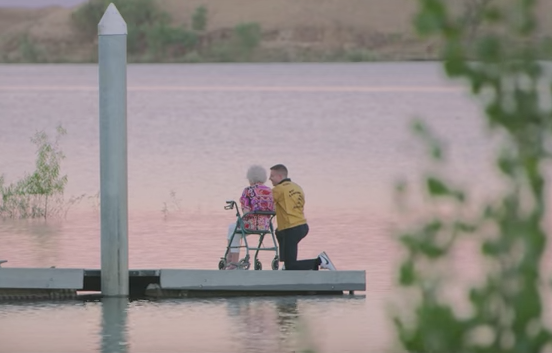 If that’s not a “glorious” way to become a centenarian, we don’t know what is.

Have you ever done anything wild to celebrate a grandparent’s birthday? Tell us in the comments below.