Slime is big business. As if you hadn’t already noticed. Not only are kiddos DIYing their own ooey gluey mixtures everywhere from their kitchen counters to their own YouTube channels and IG accounts, but they’re also apparently turning the sticky stuff into major money-makers. At least, one 12-year-old slime entrepreneur is. 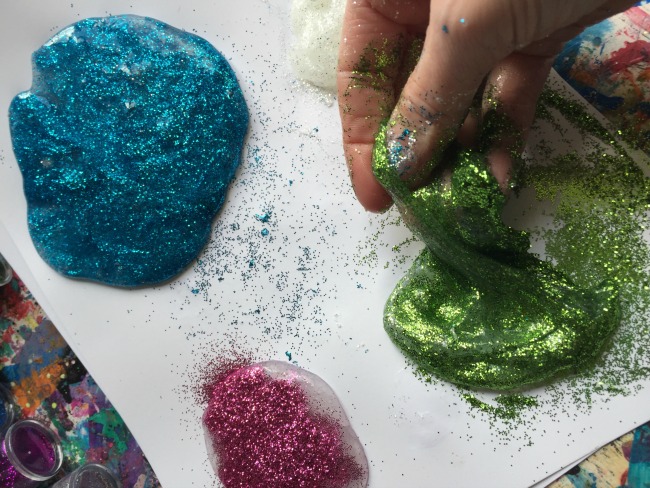 Madison Greenspan is your average 12-year-old girl. Umm, kind of. The tween started making slime a few years ago when the craze hit hard. But she had a problem—Greenspan kept running out of the glue she needed to make her beloved slime. Instead of making constant craft store runs, Madison asked her parents if she could just make her own. That is, make her own glue. And a business was born!

With help from her family, Greenspan created Maddie Rae’s Slime Glue. The now-glue boss isn’t just an entrepreneur. She’s also an award-winning slime champion. Madison holds the Guinness World Record for the largest slime (yes, there is a real world record for slime-making). The tween created 13,820 pounds of slime, making her the world-wide winner.

Along with her glue, Greenspan is bringing new products to her crafty line this year. These include puffy fabric paint, iron-on glitter, glitter glues, colored glues, patterned duct tape and multi-colored pigment powders.

Does your kiddo like making slime? What is his or her favorite recipe? Tell us in the comments below.