Marvel and BoxLunch Team Up for the Eat the Universe Collection

Move over boring appliances. Give your kitchen a superhero makeover. BoxLunch and Marvel announced the launch of the Marvel Eat the Universe collection.

This exclusive line is inspired by your favorite characters from the Marvel Universe and by Marvel’s own cooking show Eat the Universe, hosted by celebrity chef Justin Warner. 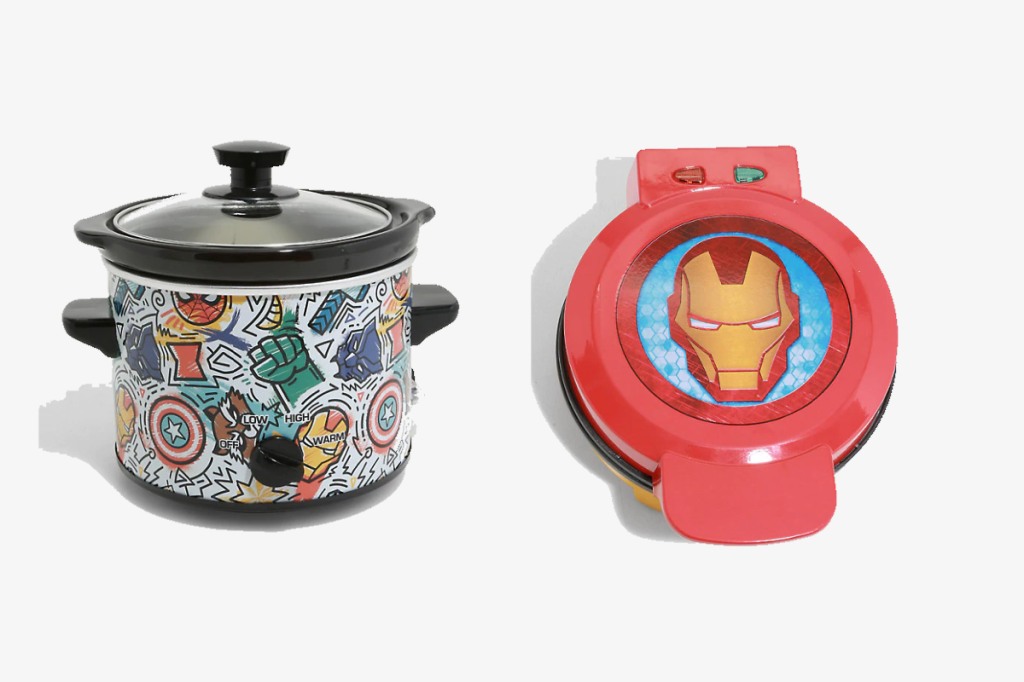 There are lots of items to choose from such as Avengers themed slow cookers, Iron Man waffle makers, coasters, oven mitts and dish towels.

You can also preorder the Marvel Eat The Universe cookbook that is coming soon to BoxLunch stores and BoxLunch.com for $29.99. You can use your new kitchen cooking supplies to make all of the superhero recipes in the book.

Check out the pre-sale and plan for a super kitchen re-do. BoxLunch also donates a meal to a person in need for every $10 spent in-store or online through their partnership with Feeding America.

All photos courtesy of BoxLunch

This Waffle Maker Will Get Your Kids Excited for Breakfast

This Waffle Maker Encourages You to Play with Your Food