Would this have happened if I hadn’t gone on leave?” That is the pervasive question, Sunny, a product manager at a San Francisco tech company still can’t shake. She returned from leave to find she missed an opportunity for promotion; her manager submitted an incomplete performance review; and as she described, “I came back to a new manager, new role, new team, with all new people. No one I had worked with previously for four years…My manager so swiftly handed me off… Felt like I was washed up trash.” Ultimately, she believed maternity leave set her back. 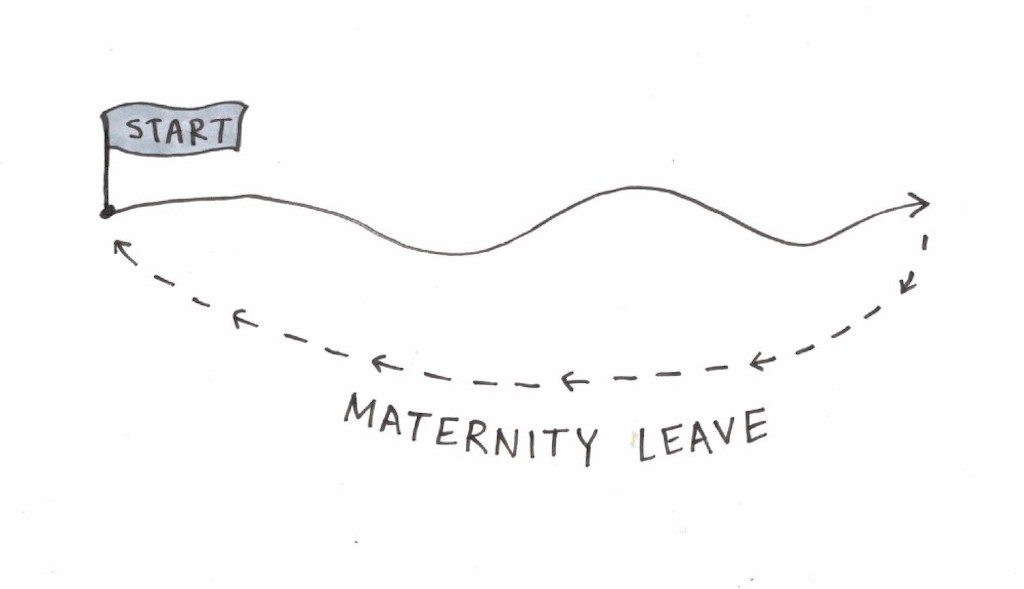 In an effort to better understand why being a working mom is so hard, a topic that has become a perpetual obsession of ours, we set out to research the return from maternity leave experience: What factors, during this vulnerable time, propel a woman into a state of struggle or set her up to thrive? We interviewed ten moms in tech and heard diverse experiences, ranging from “easy” to “horrific.” For those women at the most trying end of the spectrum, we found a powerful theme: While a woman is on maternity leave she is out of sight, out of mind. This creates the opportunity for bias, and can negatively impact the momentum of her career. Initially, the bias was due to poor manager decisions but then perpetuated by the absence of company processes and guardrails. An organization’s antidote is surprisingly simple and requires relatively little financial cost: Continue to advocate for her (because she still works here).

Before we go any further, it’s important to note that relative to other American women, the moms we talked with have it good, all with maternity leaves lasting at least 12 weeks. There is no federal paid maternity leave in the US; one in four moms go back to work just 2 weeks after giving birth. The tech industry has a unique opportunity to set an example and redefine gender equity. The same industry that has raised the bar of employee experience can surely do the same for women, if women truly are a priority.

Now, onto our findings…

Behind every maternity leave is a story, and often a challenge. In our interviews alone we heard from moms who spent their maternity leaves battling postpartum depression, PTSD from a traumatic birth, health complications requiring re-hospitalization, breastfeeding difficulties, and at the very least, exhaustion. Showing up to work that first day was momentous. It marked the end of an era, and the beginning of a new one. And even with their seniority and experience, they were anxious, emotional and self-conscious. Understanding this context is important to grasping the underlying backdrop to a woman’s experience when returning to work: Advocating for what we need may be harder when we feel insecure.

“I wasn’t expecting it to be this physically and emotionally hard. I had postpartum depression. The first 3 months were anxiety and exhaustion. I was an emaciated zombie.” —Liana, Scientist

“I questioned everything: What I was doing, what I was worth, what I should be focusing my efforts on, if I should be at this company, what value I bring them.” —Courtney, Business Development Executive 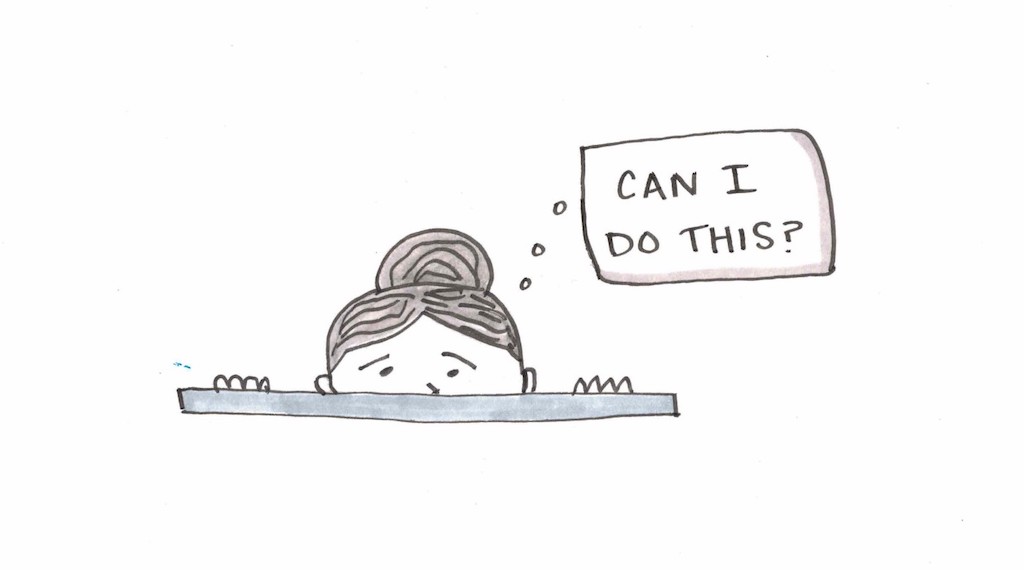 Can a woman get promoted while she is pregnant? The answer, according to federal law, is yes. Equal access to promotion seems to get blurry in practice, however, when it comes to opportunities while a woman is on maternity leave. We heard from women who believed they were not considered for opportunities while on leave that they otherwise would have been.

Lacking explicit conversations with their managers about organizational changes or promotion opportunities, they speculated that their absence took away friction that would have been present if they were there: No one needed to relay the news, explain why they hadn’t been considered, or hear them self-advocate. When a woman is not there to advocate for herself, what systems are in place to ensure she’s not left behind?

Sunny, a product manager, described her back to work experience as “horrific.” While she was out, a position was created with a similar job description to her role but with a higher title. The position was filled, without feedback on why she was not granted the opportunity. It is Sunny’s belief that if the role had opened while she was present, there would have been a conversation with her manager regarding the opportunity. In her absence, she could not advocate for herself, and unfortunately, Sunny believed that her manager failed to do so for her. She had lost an opportunity. 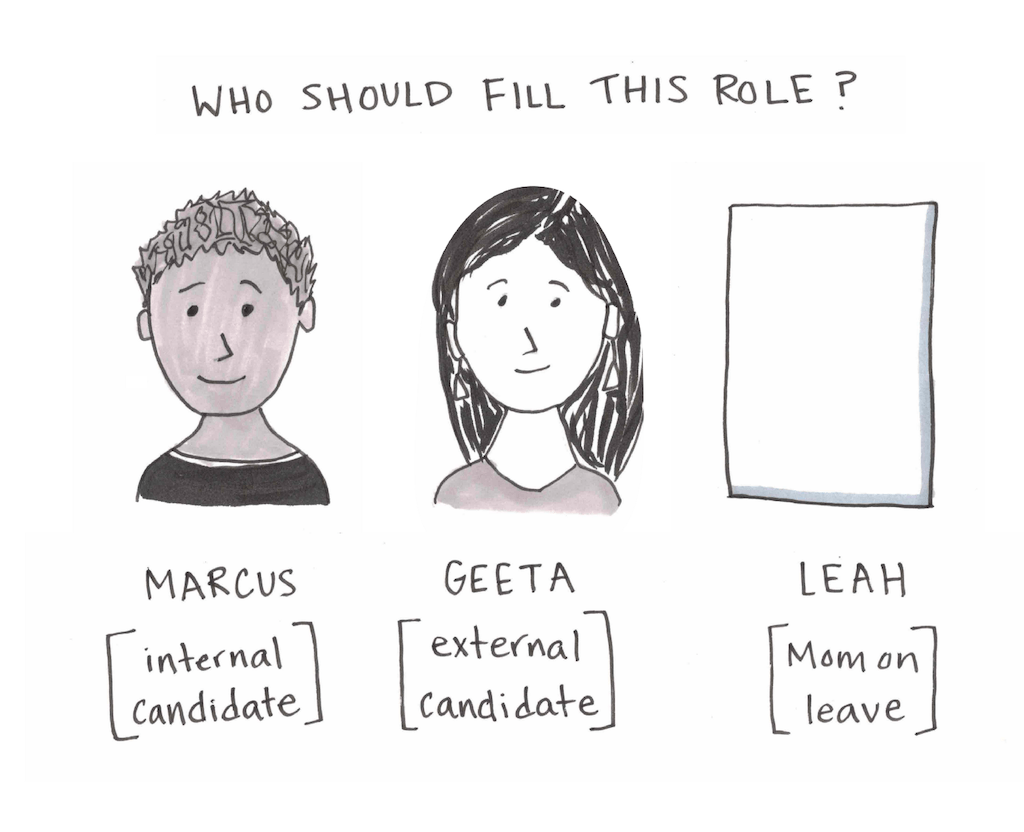 Women on Leave Can Be Shortchanged of Feedback

Semi-annual review cycles are common in tech companies. When a woman is caring for her newborn during a review period, her manager no longer has the pressure of needing to prepare feedback to deliver face to face. Some of the women we spoke with said their manager seemed to put less effort and time into their review than if they had been there. Overlooking women during performance reviews can have penalizing financial implications, as ratings are often tied to compensation. Additionally, a superficial review is a missed opportunity for feedback, which is critical for growth.

Mimi, a designer, felt great about the work she had done prior to her maternity leave. Despite four months of daily vomiting during a high-risk pregnancy, she never missed a day of work, and “would have been proud of the work regardless of what was going on.” She worked the first half of the year, but the review process started right after she was out. When she returned from leave she opened her review, finding that her manager hadn’t written anything. She asked him why and was told, “I didn’t write anything because you weren’t here.” Mimi believes the lack of written feedback she received impacted her career. She missed the feedback, recognition and consideration she deserved.

“My manager not taking the time to summarize and describe the work I did meant he didn’t recognize it… That was such a hard time in my life. Being pregnant was so difficult…If you did the work, you deserve to be recognized, whether or not you’re in the office when the rating is delivered.” —Mimi, Designer 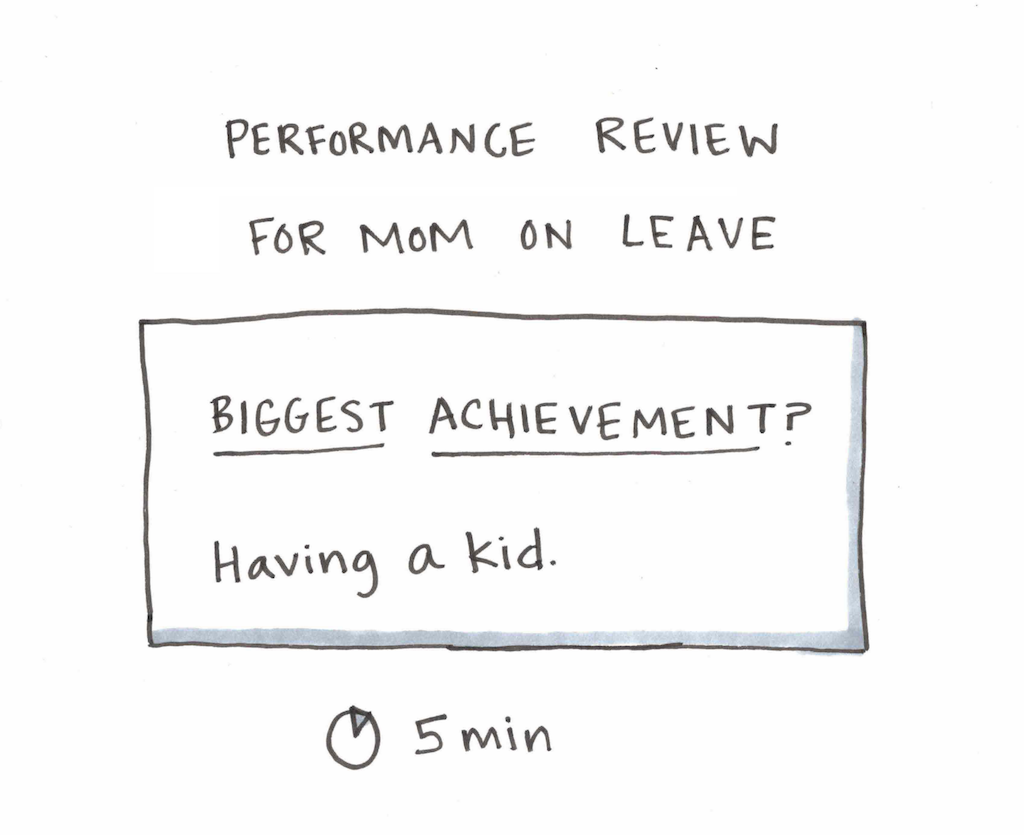 Without Expectation Setting, Some Women Return to Less

Going on maternity leave often means managers or coworkers must pitch in to cover the work. But some women returned to find their roles had changed, their responsibilities shifted, or their previous work credited to someone else. From a legal perspective they had returned to the same title. But from the women’s point of view their previous work had been forfeited. There had been no expectations set for temporary coverage, making their responsibilities upon return ambiguous for both the woman and the person covering her work. Ultimately, their career was worse off for going on maternity leave.

Courtney, a business development executive, worked tirelessly during her pregnancy to seize what would be a lucrative and newsworthy deal. She left for maternity leave on what she described as a “mic drop moment,” with only the final terms left to define. Her manager covered for her while she cared for her newborn, and when she returned the deal hadn’t officially closed. She asked to take back her account and carry the baton through the finish line. Her manager nodded yes, but left her off email after email, eventually claiming her deal for himself. His career shined by work she initiated, and her career stalled as a result.

“[Being on leave] made it much easier for my boss…to capitalize on it…The playing field was wide open…[I felt] empty. Everything that I was working on that was good was taken.” —Courtney, Business Development Executive 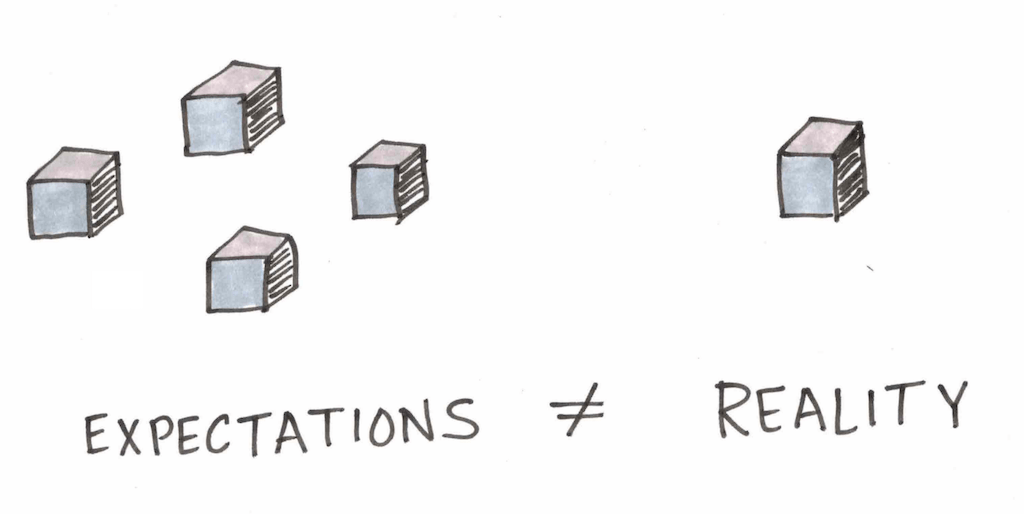 Our Recommendation: Continue to Advocate for Her (She Still Works Here)

We believe that the current return to work experience contributes to unequal gender outcomes. Women reach leadership levels at lower rates than men, and with the birth of their first child women will earn 20 percent less than men. In an attempt to attract, retain and develop women, companies must implement explicit family benefits (e.g. a solid maternity leave). But enacting a policy is not enough to avoid unintended consequences and bias. And unlike benefits, our recommendations are free, and only require more intentional process and a commitment to valuing the careers of women on leave.

Before She Goes on Leave:

While She’s on Leave:

When She Returns from Leave: 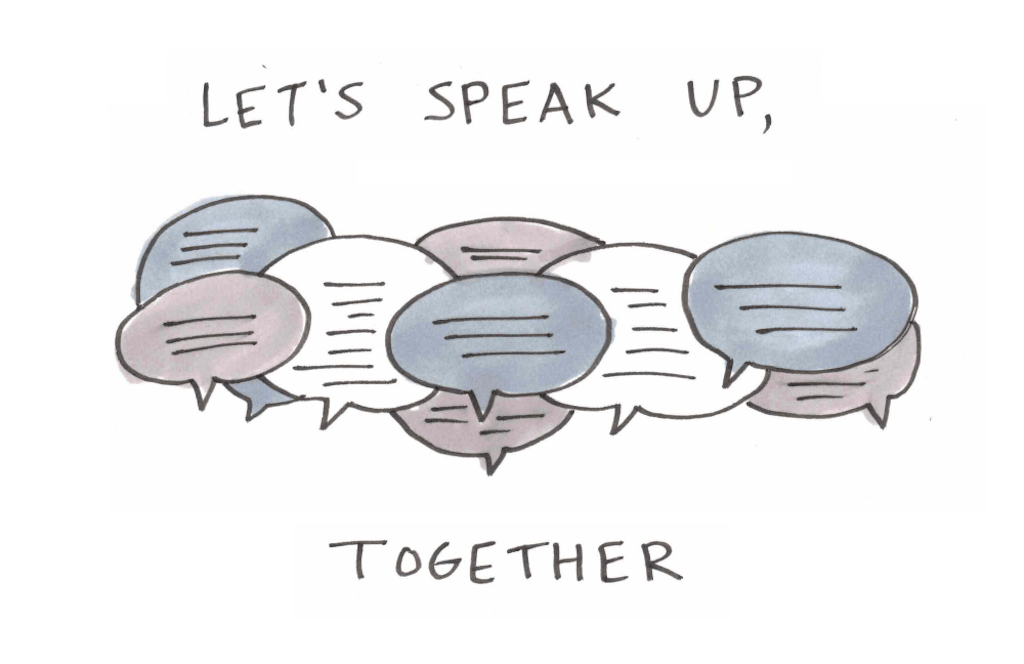 Let’s Speak up: It’s the First Step Towards Change

The word bias has a heavy connotation. It implies neglect, or even intention. But in no way were the experiences our moms relayed ones of intentional disenfranchisement. Instead, they had been caught in fast-paced, well-intentioned, companies, with little time for others to notice, all while feeling immensely vulnerable.

Maternity leave, itself, is a modern iteration to a workplace made for men. If the construct of work were created today, with women accounting for 47% of the employee population, work culture might shift to support women returning from leave. And that is exactly what we hope to do by bringing more transparency to the return to work experience. When we are transparent about our experiences, and the effect of our current workplace policies and culture, change will follow.

This is the first article in a series of insights describing the return to work experience. Check out these articles that are next in the series:

Moms Are Drowning. Here’s How We Save Them. 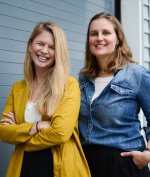 ABOUT THE WRITER Anne Kenny & Natalie Tulsiani
Shift the Workplace

Anne Kenny and Natalie Tulsiani are user researchers and designers who co-founded Shift the Workplace, a research consultancy that helps companies identify opportunities to support caregivers. With 30 years of combined experience at Huge, Microsoft and Airbnb, we offer tangible, practical recommendations tailored to the company's culture.
MORE FROM Anne Kenny & Natalie Tulsiani:
How Invisible Work & Sacrifices Affect Working Moms, Moms Are Drowning. Here’s How We Save Them.