Who loves robots? Your kids do! Mattel, in partnership with Dash Robotics, has a new tech-time toy that your child is going to adore. So what’s new in the world of built-it-yourself robotics? Kamigami is. And you can get one at Target, Amazon or Toys”R”Us. Read on to get the scoop on this awesomely innovative toy that may make its way onto your child’s holiday wish list. 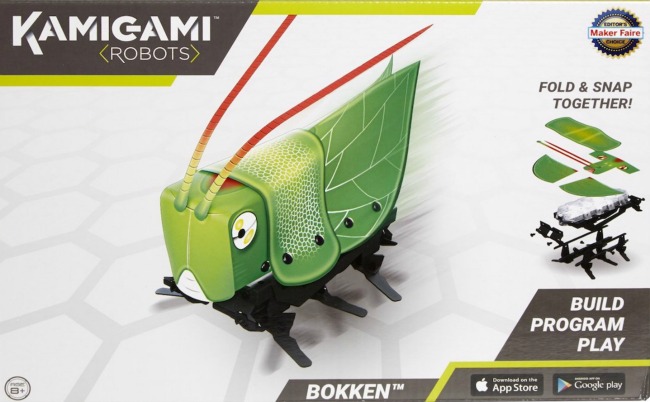 What is Kamigami? It’s an engineering set that your child can build for themselves. After building the robot, your little techy can program and play with their new friend.

Kamigami looks like a bug (such as a praying mantis, scorpion or ladybug), and has a motorized base. After assembly, your child can use an app to program movements and reactions. They can also use the app to drive, race or even battle the bug.

Sven Gerjets, Chief Technology Officer at Mattel, says, “By participating with Dash Robotics on Kamigami, we are focused on creating product experiences that are not only fun for kids, but also appreciated by parents for their learning benefits.”

Along with the set, you can also purchase shell packs (separately) that allow your child to change the appearance of the Kamigami. That means, the ladybug your kiddo started with can change into a praying mantis. How cool is that?

What do you think about the Kamigami? Share your thoughts in the comments below.