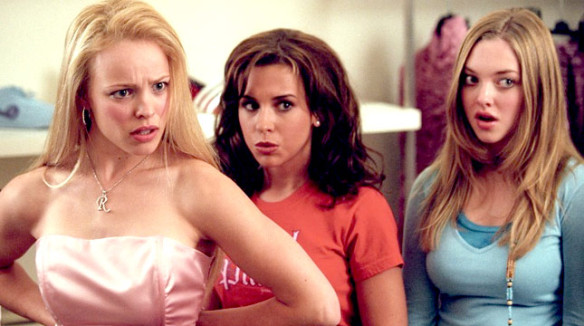 Mean Girls isn’t hopping off the big screen and onto the stage. That’s so fetch! If you’re a fan of the film, Tina Fey is now bringing the Plastics to life in the theater. That’s right, Mean Girls is now a musical. Or, at least it will be in October. Check out what fans of the flick need to know about the singing, dancing, live version of it!

The brilliant (and hilarious) Tina Fey started working on a theatrical version of the movie five years ago, with husband Jeff Richmond. Richmond, along with lyricist Nell Benjamin, created a score to accompany Fey’s adaptation of the film’s script. The musical is set to debut on Halloween (yep, October 31st) at Washington D.C.’s National Theatre. Think of the initial debut as a trial run — before the musical heads to NYC and Broadway. The Broadway run is set to start previews on March 12 and will open on Sunday, April 8 at the August Wilson Theater.

The original movie was inspired by Rosalind Wiseman’s self-help book for parents of teenage daughters, Queen Bees & Wannabes. The musical isn’t an exact replica of the Mean Girls tale. It expands on and re-examines some of the story. Also, you won’t find the movie’s stars (Lindsay Lohan, Rachel McAdams and the rest) in the cast. The musical features Broadway vets Taylor Louderman as Regina George, Kate Rockwell as Karen Smith and Ashley Park as Gretchen Wieners.

What do you think of Mean Girls as a musical? Share your thoughts in the comments below.

Red Tricycle > In the News > “Mean Girls” the Musical Arrives This Fall!!