American Girl named their 2018 Girl of the Year — and she’s science-loving Luciana Vega. Luciana is much more than a regular ol’ doll. She’s the brainchild of American Girl in partnership with an advisory board of real-life science superstars. Check out the STEM-themed awesomeness that Luciana is sure to bring! 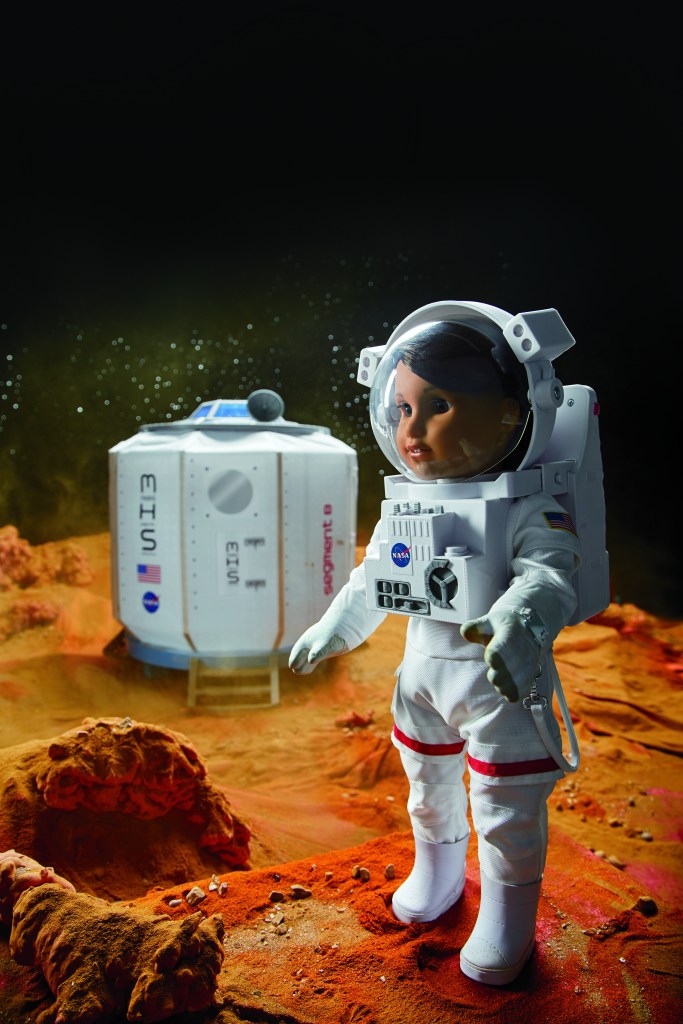 On the surface, this is one rad doll. Come on, she has a line of all kinds of crazy-cool space-inspired products. Her Mars habitat and a flight suit will inspire your creative kiddo to spend hours of pretend play time imagining that she’s a real astronaut or scientist, too. Speaking of creativity, Luciana isn’t all numbers and books. No way. The purple streak in her brown hair shows off her completely creative side. 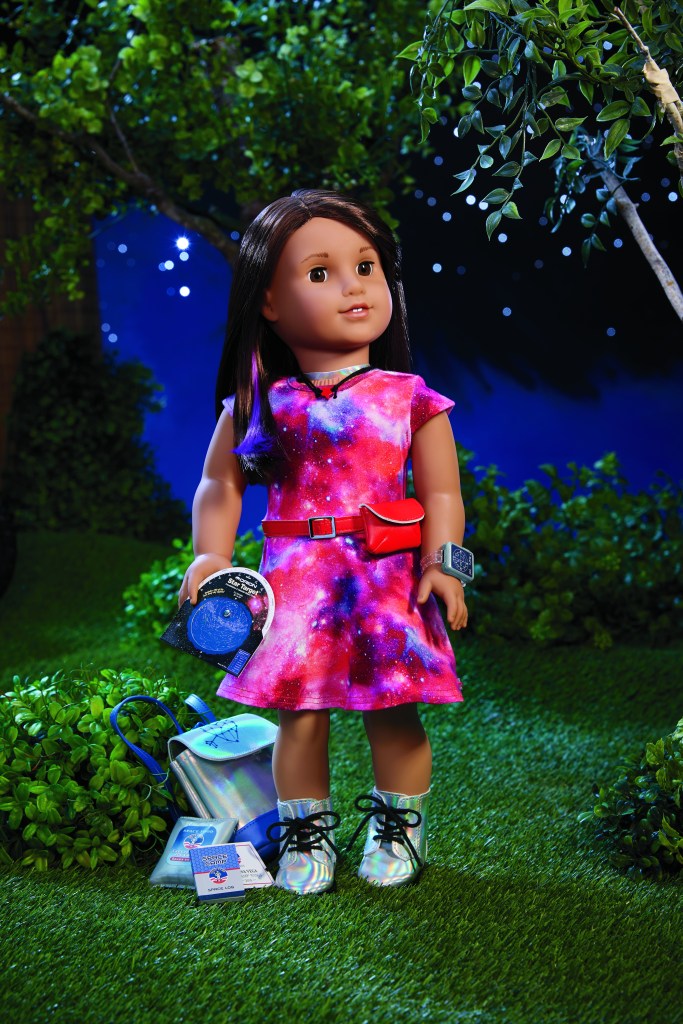 Not only did American Girl consult with these amazing women, but they also sent their editors and product designers to Space Camp and NASA’s Johnson Space Center in Houston to better understand what it’s like to be a real Space Camp trainee. 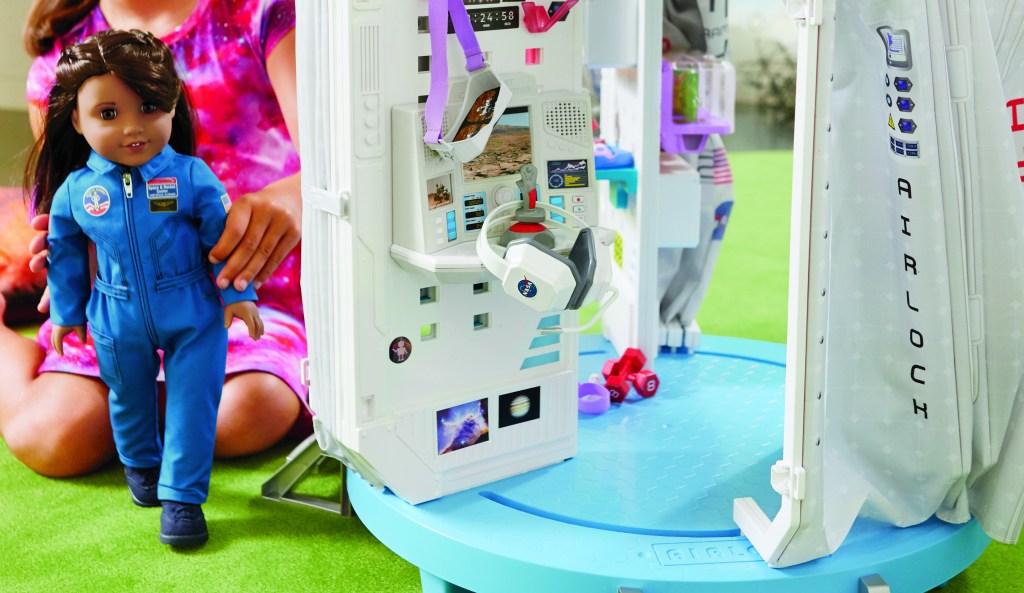 Along with the doll, chapter books (written by author Erin Teagan and published by Scholastic) and an incredible message, American Girl is partnering with Scholastic, NASA and Space Camp to fund the Blast Off to Discovery program. Blast Off to Discovery will help third through fifth-graders to learn about space through STEM-based lesson plans and activities.

Your science-loving kiddo can meet Luciana when she debuts nationwide on January 1. American Girl stores are hosting Luciana’s debut events that include science demonstrations, galaxy-themed treats, moon phase crafts and even a free Luciana doll tee.

What do you think about the 2018 American Doll Girl of the Year? Share your thoughts in the comments below.