Meet the Twins Who Gave Birth on the Same Day 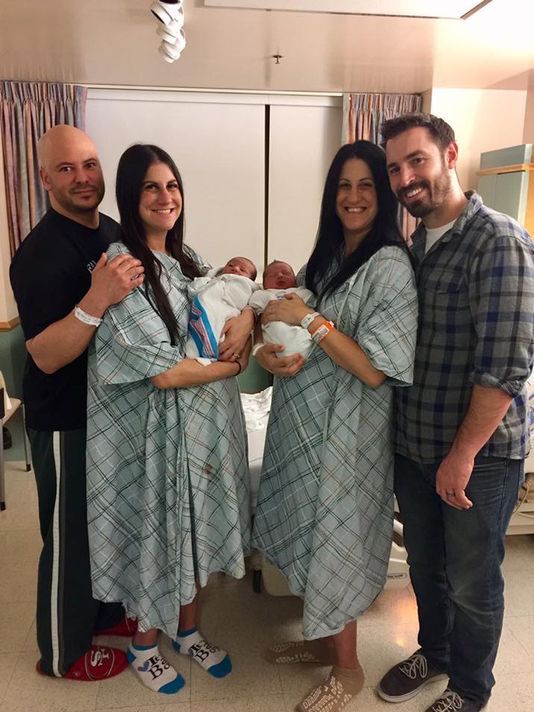 As if growing up looking and dressing alike wasn’t enough, a pair of twin sisters became pregnant at the same time and incredibly gave birth on the exact same day.

Danielle Grant and Kim Abraham are fraternal twins that were born just one minute apart. In their 32 years they’ve always shared a tight bond, as most twins do, dressing alike, attending the same college, and settling down as adults in their hometown. Now their connection is even stronger as both women gave birth to baby boys on the same day, just one hospital room apart.

Their due dates were the same from the beginning and when it came and passed, both women had to be induced. Grant’s son, Roman, was the first to make an appearance at 11:42am, and was followed by his cousin, Aaron, at 3:21pm. “Total coincidence,” Grant told the Asbury Park Press. “We both wanted babies, but we didn’t think we would get pregnant the same time. This was not planned.”

And to answer your most pressing question, yes the boys will get the twin treatment. “We’ll dress them in the same outfit,” Grant said. “We were dressed alike but in different colors growing up, so we’re going to torture them like that, too.”

Are you a mom of twins? Share your experience in the comments.