If you’re planning a road trip for Memorial Day weekend, plan on having plenty of company. The American Automobile Association is predicting millions will be traveling over the holiday weekend. 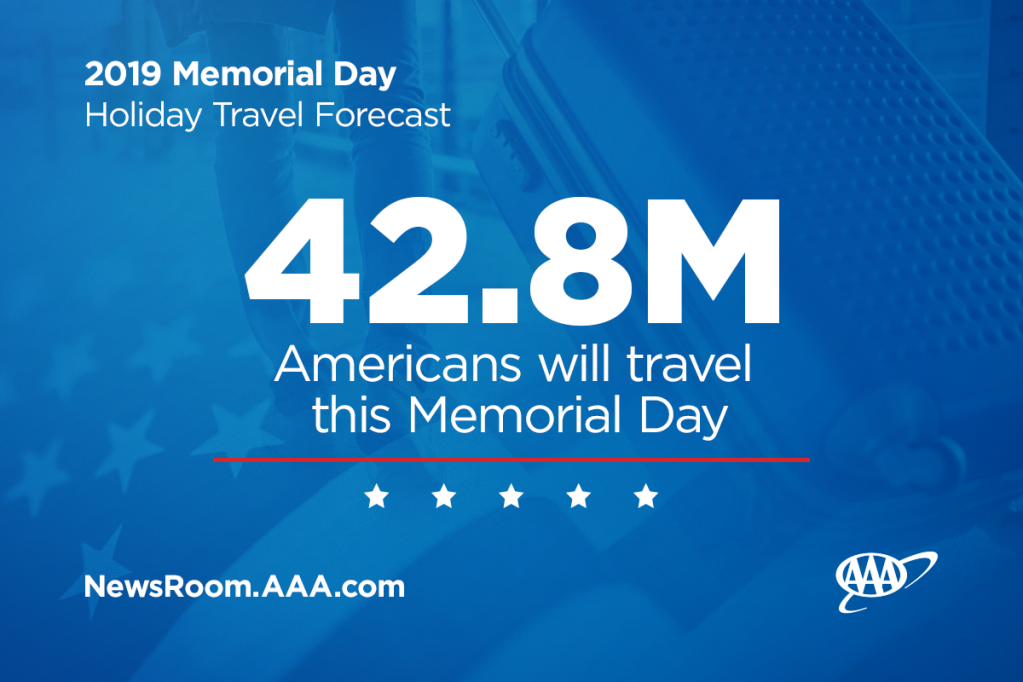 The AAA report states that INRIX, a global transportation analytics company, expects travel delays on major roads could be more than three times longer than normal during evening commutes. INRIX and AAA suggest avoiding travel on Thursday, May 23 and Friday, May 24 in the late afternoon in major U.S. metros like Atlanta, New York, Chicago, Detroit, and Los Angeles. For travelers in San Francisco and Houston, the most congestion is expected on Saturday and Sunday, while Monday will likely be the worst time to travel for people in Boston, Seattle, and Washington D.C.

The top Memorial Day destinations, according to the reports, include: