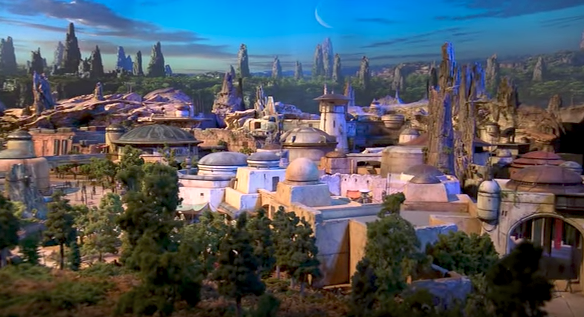 photo: Disney Parks via You Tube

Though a few sneak peeks of construction have been shared since Disney announced its plans to bring Star Wars into the Magic Kingdom, the parks finally unveiled a full-scale model of what the brand new land will look like and it’s more incredible than fans could have imagined.

If the new Star Wars land is even half as spectacular as the model, visitors will feel as if they’ve been transported straight into a galaxy far, far away. While the intricate details alone are impressive, it’s the scope of the place that will really blow fans away. While it was reported early on that the new land would take up 14 acres of both Disneyland and Disney World, the model shows just how massive that really is.

The new lands that feature two attractions are still under construction at both theme parks and set to open sometime in 2019.

Is your family excited about Star Wars land? Tell us in the comments below.