Disney Junior is celebrating Diwali with a new episode of Mira, Royal Detective. In “The Great Diwali Mystery” Mira must track down the missing oil used to light traditional lamps throughout the town in order to save the Diwali celebration. The episode airs throughout this week on Disney Channel and Disney Junior. 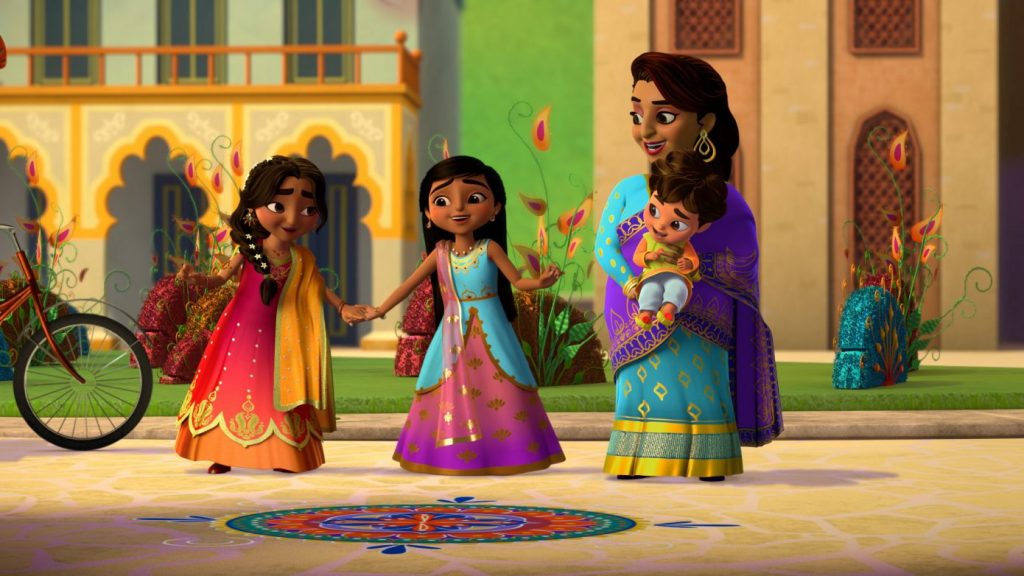 Disney Junior also has a special Diwali greeting from some of the stars of the popular preschool show. Kal Penn (voice of Mikku), Utkarsh Ambudkar (voice of Chikku), Aasif Mandvi (voice of Mira’s dad, Sahil), Karen David (voice of Shilpa, Ashima and Rubi), Parvesh Cheena (voice of Manish), Sonal Shah (voice of Poonam) and Leela Ladnier (voice of Mira) talk about the upcoming Diwali holiday and what it means to them.

Disney Junior has also released a fun dance tutorial from series’ choreographer Nakul Dev Mahajan as he demonstrates some of Mira’s favorite dance moves from the series, including a few from the Diwali episode.

All photos courtesy of Disney Junior