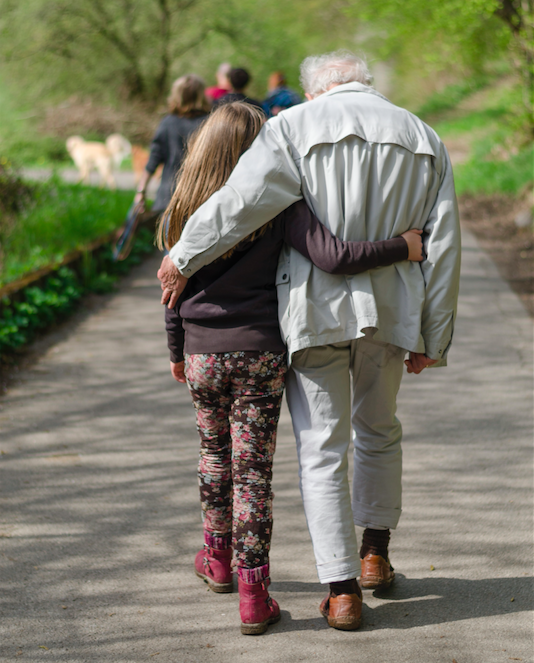 There’s been quite a bit of talk about death at our house lately. It hasn’t been prompted by anybody’s funeral—it’s just a natural rite of passage, part of growing up and realizing that, well, you’re alive. You keep having birthday parties every year, and your rudimentary math skills and interactions with great grandparents suggest that one day you’ll be very old like them, and very old people eventually die. Long gone are the days when you firmly believed that people lived to be 100 years old, and after that, they became babies again.

When I was the same age as my kids, around 9 or 10, I remember being freaked out by the same realizations. I went to my parents, as one does at that age, certain that they’d have all the answers. But my parents basically dismissed my fears, I guess in an effort to make me forget about them. They seemed almost amused that I was upset, which made me feel embarrassed. No reason for me to worry about that, death was part of life, they said, and that was that. So I did what most introverted kids would do—I sucked it up and didn’t mention it again, and tried to figure things out on my own.

My parents’ heart was in the right place, but their reaction did nothing to soothe my anxiety. Dealing with those fears at a young age isn’t easy, and I was determined that when I had kids, I would listen to them and help them sort things out. By that time, I figured, I would have all the answers, I would share my adult wisdom with my kids, and everything would be just fine.

Now that I’m an adult with children of my own, I don’t have as many answers as I’d like, but I have earned my humble share of wisdom. One of the things my kids have taught me is that, as much as we’d love for them to be happy all the time, they are people, not fragile figurines, living in the real world. It can be scary, but being honest with them is always a better route than dressing everything up with fairytales and marshmallows. My goal has always been for my children to never be embarrassed to come to me with questions or fears. Which is a wonderful goal when most of what you’ve had to deal with is along the lines of monsters under the bed, but one evening recently, as I was tucking my youngest into bed, he blurted this one out:

We had been talking about The Beatles just a minute before, discussing why Ringo Starr chose to change his name from Richard Starsky. You don’t see these conversations coming, because children often jump from one thought to the next with a speed that I can’t match no matter how many cups of coffee I pour in the morning. So you don’t get that moment of, “ah, yes, let’s talk about that,” when you sit your kiddo on your lap and you launch into your well-thought-out speech, which is emotional but grounded, beyond soothing, and will comfort them for the rest of their lives.

No, it doesn’t go like that. Instead, you’re at the very edge of a twin bed, holding a dog-eared book on your lap. You are way more tired than he is. But that’s the thing about parenthood, you have to be on your toes and ready to go to bat at all times.

So you hold him close and you answer honestly — yes, dead people are dead forever. And that’s okay. What you need to know is that life is a gift. We can choose to complain and be unhappy, or we can make the most of our gift. Living is the only thing we know how to do. So I would say, let’s get really good at that. And let’s treasure the people we love, while we have them and long after they’re gone. Let’s honor them by learning from them, carrying their memories and lessons with us, and loving every minute of this awesome gift we have.

The worst thing we can do with tough conversations is to answer their questions by not answering them. Evasive, vague stories and niceties don’t work with children. They might not see right through you today, but they will eventually. If a child is asking if dead people are dead forever, telling her that we keep uncle Tony alive in our thoughts is only going to leave her confused. It might tie her over for a while, but the thing is, kids are people. Eventually, as we all do, they figure things out. And they value honesty. Meeting them at an age-appropriate level and being honest, reassuring, and kind is the best seed we can plant for our kids to confidently go on to find answers on their own.

“Is bisabuela gonna die soon?” asked my youngest about my 91-year-old grandmother. Again, this one comes completely out of nowhere, as we’re walking back from school. He had just been telling me about the bean and tomato dip they made in the classroom. It’s hard to know where to start when you’re caught off guard. When in doubt though, it always works to simply answer the question. So I told him that nobody knows when they’re going to die, but bisabuela will likely die in a few years as her health is not what it used to be. She’s one heck of a tough cookie though, so we get to enjoy her company for a while longer still. I told him I’m so happy that he gets to spend time with her, and that she absolutely loves it every time she sees him. He said he would be sad when she dies, and I said I would be sad too.

And with that, he was satisfied and moved on to lobbying for a snack as soon as we got home. 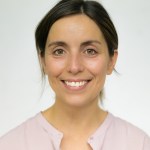