This Mom Turned 5 Bundt Cakes Into a Massive Cobra 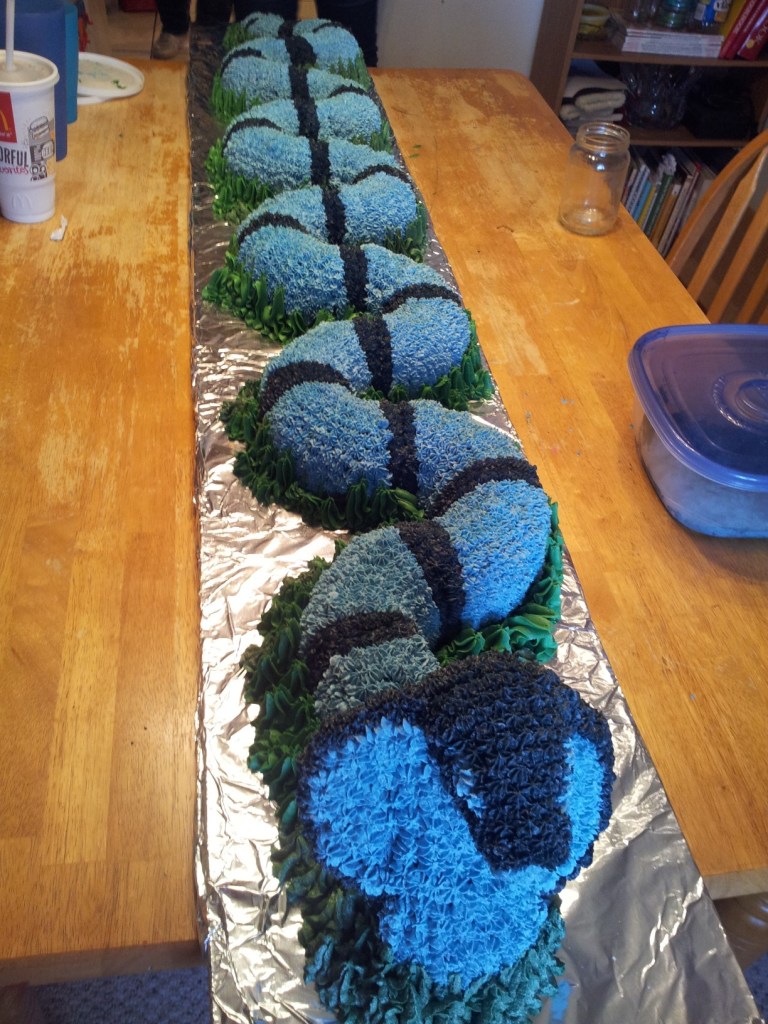 You might think there’s only one thing you can do with a Bundt cake — bundt you’re wrong!

Resourceful mom-of-two Kristi Darby wanted to do something special to celebrate her son graduating from Cub Scouts to Boy Scouts, so she woke up at the crack of dawn and turned five bundt cakes into a six-foot long cobra snake that we think makes her pretty much the coolest den mom ever. Why? Because her son’s troop was named the Cobra Den.

“Sometimes (and maybe it’s because I’m a total right-brainer), I get inspired to the enth-degree,” she wrote on her blog. “This was one of those times.”

To turn the cakes from round to slithering was the easy part: When cut in half, each bundt cake piece made the perfect snaky curve. Once the body was put together, Mom used the sticky, moldable “dough” of Rice Krispie Treat mix to sculpt the arched cobra head as well as its pointed tail.

Then came the hard part: instead of just slathering the whole snake up with frosting and calling it a day, Darby enlisted three friends to help pipe tiny dark blue and light blue stars of buttercream frosting for the body, plus little green frosting stars for the grass on which the snake is slithering.

Want to give it a try? Head to Darby’s website to get the step-by-step instructions.

What has been your most ambitious baking project? Tell us in the comments below.