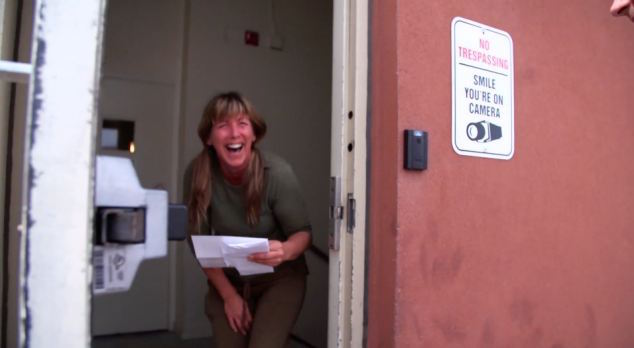 Any gift your child gives you is a priceless one, whether it’s an indecipherable drawing or necklace they knew you’d love. But for the mom featured in this video, her son’s gift is truly unforgettable.

Corey Wadden wanted to give his mother, a single mom who had recently lost her job, a truly special gift. He spent a year raising money and searching for his mother’s dream car. ‘Since I was a kid, my mom’s been raving about this car that she’s always wanted: an old Saab. Last year, I asked her to point out the exact car, in passing. She pointed out a copper colored 1973 Saab 99 EMS,” Wadden said on YouTube.

He wanted to document the special moment so he asked a friend to pretend to be shooting a documentary as he handed his mom a mystery envelope with a picture of the car and the keys inside. As the video shows, her awesome reaction is sheer joy and gratitude as she breaks out in uncontrollable smiles and laughter. A touching note at the end of the video reminds viewers to show their own parents some love and appreciation, even just a phone call. Okay, we’ll admit it: this might be a tad bit cooler than that drawing hanging on the fridge.

What’s the best gift you’ve ever gotten from your kids? Share them in the comments!