Budgeting: The Life Skill All Kids Need to Know

Chances are the first financial advice you received as a child was to learn how to save. In fact, many financial experts will tell you that having at least 6 months’ worth of paychecks in savings should be your first goal. I’m not disagreeing with that age-old strategy, but it isn’t as easy as it sounds. Sometimes there are more immediate needs that can be achieved faster, for example, deductibles (the concept of insurance doesn’t work without it). As a teenager-to-twenty something with familial support, a “nest egg” isn’t as important as transportation to school or work.

The first lesson in finance I taught my oldest child wasn’t the Art of Savings, it was budgeting. More specifically, the act of watching where your money is going, before telling it where to go. At around the age of 16, I wanted him to get used to monitoring his spending and get him used to making his own judgments about whether he spent it well or not. This was before he had any reoccurring bills or deductible needs, so time was a luxury he could afford. I told him it didn’t matter to me where he spent his money, as long as he knew where it was going.

Spent too much eating out last month? That’s ok, just write it down.

Buy something expensive on a whim? Doesn’t matter, just make a note of it.

You get the idea. In no time at all he had a pretty good handle on this. Once he started driving, things changed. We made him pay for his own car insurance, and part of that responsibility was the deductible.

If you’ve ever been faulted for an accident, but didn’t have the money to pay your deductible then you know why this is so important.

Now the savings started. At the bottom of his monthly, written budget he wrote a list of Savings Goals. The top of that list was ‘Deductibles’. His deductible at the time was $500, so I told him he needed to start putting money aside to reach this goal. Once he had $500 saved up, he transferred it to a savings account that was not attached to his checking. Insufficient Funds Charges are like a rite of passage in our society: I have yet to meet anyone that has never had one at some point in their life. Moving your Savings Goals to an account not attached to your checking will keep that money safe from life’s “accidents”. Currently, I use a brick & mortar credit union for my checking needs for ease of access, but online banking for my savings to take advantage of their higher interest rates.  After that, he could work on the next item on his list. And so on…

This is where the 6x your salary rule just doesn’t fit universally in my opinion. Instead, I wanted to teach him how to identify his more immediate needs. As a teenager, he was working part time, making minimum wage (around $4K annually). With minimal bills $2K isn’t too difficult to achieve, but he had a disadvantage… he was paying for college on his own. He has since offset his part time job with a non-paying internship that makes it even harder. While the part time job is paying the bills, the internship is setting him up for his future. Having any savings at all is a challenge for him, much less half of his check!

Now, as an adult who is almost finished with college, he writes a monthly budget (at least that’s what he tells me), has his immediate savings in order, and is paying his own way through college without student loans. While saving towards his “nest egg” still isn’t something he can do regularly, he and I are confident that the path he’s on will get him there soon enough. 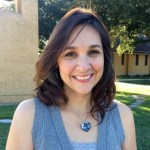 My goal is to help parents who are out-numbered by their kids feel less overwhelmed and better equipped to find joy in their daily lives, through sharing what has (and has not) worked for me. I am a Catholic stay-at-home mother and wife with a degree in Psychology.
MORE FROM Jennifer:
Visit the Mom of Seven Website, Unorganized Sports, The Banking System
Red Tricycle > Parenting Advice > Family Finances > Budgeting: The Life Skill All Kids Need to Know