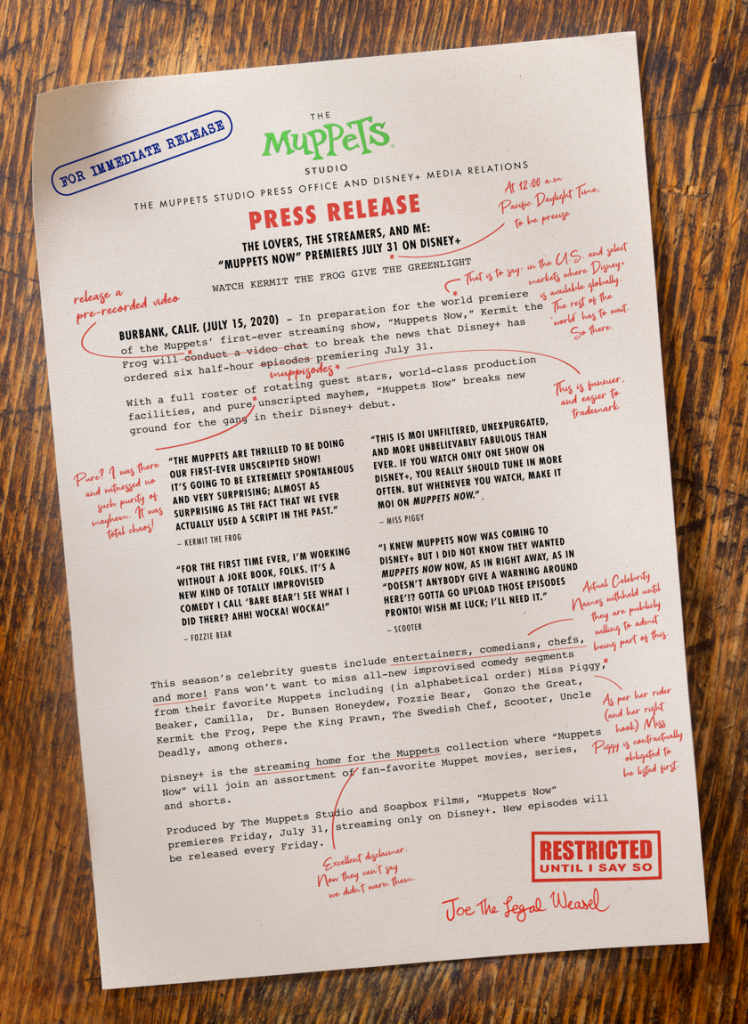 Kermit the Frog said, “The Muppets are thrilled to be doing our first-ever unscripted show! It’s going to be extremely spontaneous and very surprising; almost as surprising as the fact that we ever actually used a script in the past.”

According to Miss Piggy, “This is moi unfiltered, unexpurgated, and more unbelievably fabulous than ever. If you watch only one show on Disney+ ,you really should tune in more often. But whenever you watch, make it moi on Muppets Now.”

Season Two of “Bluey” Is Coming to Disney Channel