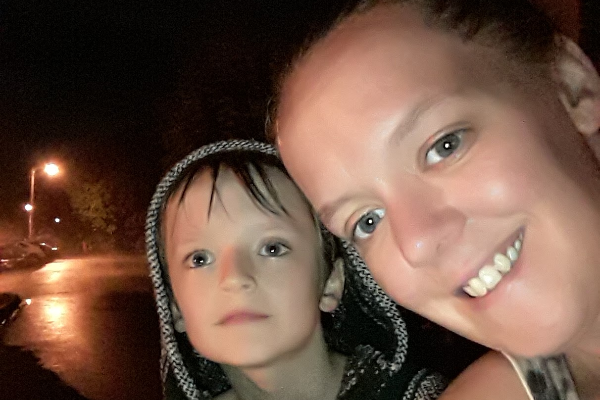 I always knew there was something different, something special about Tyler. Even as a baby he didn’t cry and he didn’t seem to need that constant physical contact other babies need. We just wrote it off to him being an easy baby. Boy, were we wrong.

My name is Samantha and I am the mother of a child with ADHD. Tyler is my middle child; he is now nine years old. We have been living with his ADHD for his entire life, we have known about his ADHD for about three years now. Some days I feel like I have no idea what I am doing as a parent.

Here are a few things that no one bothered to tell me but I have come to learn:

I often compare my son Tyler to my other two children. There are many differences. One of those differences can be heartbreaking at times. The way he loves. It isn’t the usual hugs, kisses, and cuddles most young children want from their mom. I’m lucky to get an “I love you, too” from him and I never expect him to say it first. Most times he doesn’t even want to be touched. But there are those rare moments where he asks me to lay in bed with him, or I get one of his beautiful smiles or even a hug that he initiates; it melts my heart every time.

Meltdowns are a normal part of our day, yes I said day, not weeks, not months but EVERY SINGLE DAY there is at least one meltdown, usually from him but often times from me as well.

You see, no one bothered to tell me that if I didn’t give him the right cup with his warm milk, not only would he be upset but he would have a full-fledged meltdown, kicking and screaming included. Or that when I give him jeans to wear instead of sweats, it would take him an extra thirty minutes to get ready because that’s how long it took of crying and begging until I would finally give in and get his sweatpants.

Our meltdowns have consisted of crying, kicking, biting and throwing. We deal with words of self-hate, insults, hyperventilation, and guilt. We deal with all this and more, every single day.

Medication is not a one-stop shop.

We tried really hard not to put Tyler on medication. When his behavior and lack of concentration in school started affecting his grades we finally decide to give it a try. And although medication has definitely helped him, it’s been a never-ending journey for the right one.

One medication works on his inattention and behavior, but he doesn’t gain any weight in a whole year. Another has him refusing to eat and complaining of headaches. His current meds seem to have no negative side effects but he is having a terrible time controlling his behavior and emotions. We are currently still trying to figure out what will work for him.

No one ever told me that five days out of the week I would feel like a complete failure. No one said I’d sit alone and cry, wondering if I’m doing more damage to him than good.

I am not a perfect parent and I mess up daily. Sometimes I scream and yell and get frustrated. Sometimes I call out instructions from a different room instead of going to him and telling him face to face to be sure he understands, and then I get angry when he doesn’t listen.

I always say that when it comes to Tyler’s behavior, we, his parents are half the problem. He needs a strict schedule. He needs certain foods. There is a specific way we need to speak to him… there is an entire list of things we can do to help him be as successful as possible and some days we just don’t do it. Not because we don’t want to or we aren’t trying, but some days things don’t go as planned and we end up losing that day. We end up failing.

But I wouldn’t change any of this.

There are a lot of bad days and sleepless nights. But there are also a lot of great days, days when Tyler shines in his personality and his knowledge. You see, no one ever told me my child would be brilliant. No one told me that he would have an amazing thirst for knowledge and that thirst would have him watching YouTube videos on everything from all “About ants” to “How toilet paper is made”. I didn’t know he’d be so good at math that he’d make me feel like a very proud idiot. I didn’t know I could love someone so much.

Having a child with ADHD will never be easy. It’s the hardest thing I’ve ever experienced as a person and as a parent. As a family, we will never stop learning and growing. There are certain things you can’t know in advance, you have to take it day by day. You have to choose to see the good.

ABOUT THE WRITER Samantha Harvey
Hi all, my name is Samantha. I have three awesome, crazy children and am new to the freelance game. My goal is to be able to stay home with my kids doing what I love—writing!
Red Tricycle > Parenting > My 9-Year-Old Has ADHD & I Never Knew It Would Be This Hard