My Biggest Stepmom Lesson Came from a Lunchbox Brownie 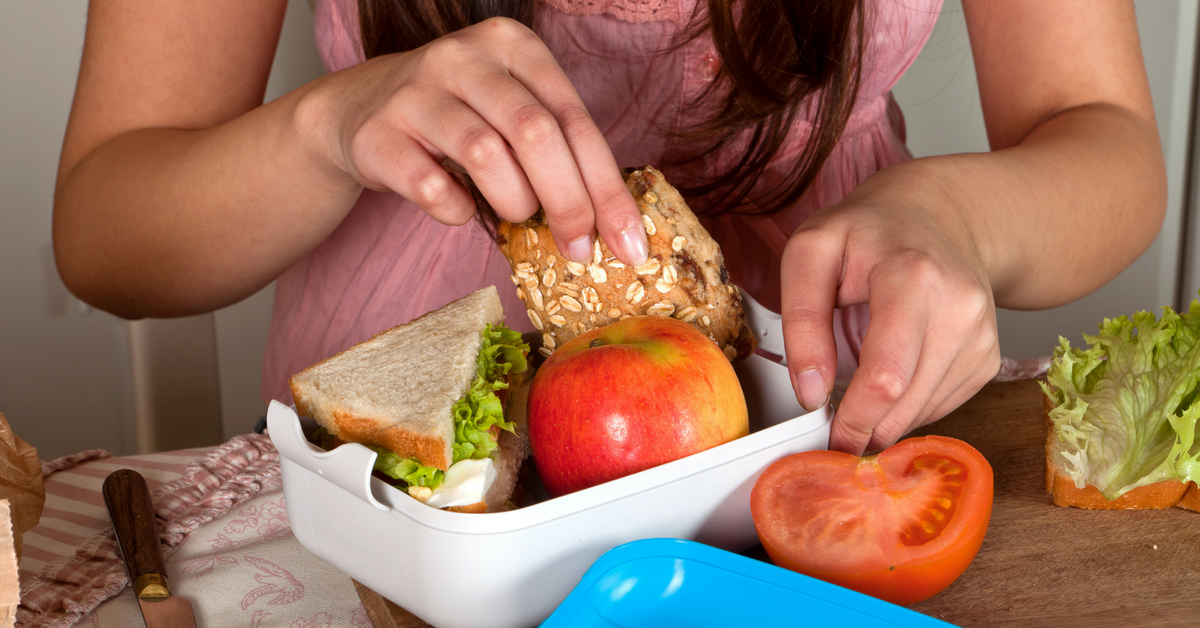 When I first became a stepmom, I loved making the kids lunches. For some (rookie) reason I found it fun. I put a lot of time, effort and care into what I packed, and was very passionate about giving the kids the nutrients they needed to thrive throughout the school day.  I’m sure I don’t have to tell you that the novelty wore off… and quick.  Now I despise making lunches. In fact, now that the boys are old enough to pack their own lunch, I’ve passed on the torch.  Why? Because no matter how hard I tried to pack both healthy and delicious food, time after time, the healthy choices came back untouched.  One day, as I emptied the smashed  banana and gucked up grapes out of their lunch pails, I asked…

“Can you just throw out the food at school, and at least pretend that you ate the healthy parts of your lunch… this is gross!”

Anyways, now it’s on them …. They are in charge of their lunches. Their healthy snacks are now sweetened apple sauce, cheese strings and canned fruit soaked in sugary syrup.  The lunches make me cringe, but at least they’re eating them… and the battle is over!  Will my daughter Reese get the same luxury when it comes to her school lunches. I can’t say for sure (because in the past two and a half years I’ve done several things I swore I never would), but I’m pretty confident the answer is HECK NO.  Her eating habits are quite different from my stepchildren, and well, I’m her Mom … I’m the boss… and she isn’t going to be eating crap all day.  Before you judge let me tell you a little story about how I got to this place…  (It’s all about picking your battles)

My stepson is always asking for this processed, packaged COSMIC brownie in his lunch. Many don’t see this as a big deal, but like I said I can be pretty picky about the food that I give the kids, so it’s something I always refused to buy.   He always asked, I always said no. To me, it does not look like real food! However one day, after a year and a half of talking about the said brownie,  I thought to myself…..  his mom gets him the brownie, his dad would probably get him the brownie, why do I give a shhhh about the brownie?! Is it really worth the fight?  No! It’s not.

Anyways, I ended up giving in and buying the kid the brownie for his lunch. I’m sure I don’t have to tell you, he was thrilled.

Will I buy this brownie for Reese when I am packing her lunches? Not a chance. So why would I do it for him, you ask?  Well because if both of his parents don’t bat an eye at the brownie, then why am I wasting my time and energy? The kid is going to have that brownie either way.  It’s not worth the struggle! At the end of the day, it doesn’t REALLY matter!

Sometimes, as stepmoms, we just have to accept that our stepchildren aren’t necessarily being raised the way we would raise them if they were our own.  Does that mean that I think that their parents are making wrong decisions? No! Everyone does what works for them, and different parents prioritize different things. What I may view as right, another parent may view as wrong. We’re all just doing the best we can. Everyone has their own way of doing things.  As stepmoms, It’s inevitable that at some point in time our husband and his ex-wife are going to make decisions that we do not agree with. Even though our input if often sought out, at the end of the day they get to make the final call, as they should.  I’ve learned (the hard way) that it’s not worth spending time and energy enforcing rules that only you care about… In fact, it’s a sure way to look like an EVIL STEPMOM!

Moral of the story…  Life is too short to be sweating the cosmic brownies!  Whether it’s screen time, curfews, chores or household responsibilities…

If neither parents care … it’s time to let it go!

Jamie is a coffee + wine loving wife, stepmom + mom who doesn’t believe in sugar-coating anything. As a Life Coach with a Specialization in Stepfamily Dynamics, Jamie writes candidly about the challenges of stepfamily life and provides support to stepmoms through Online Coaching Programs and her newest venture, The KICK-ASS Stepmom Project.
MORE FROM Jamie:
5 things I started doing after my two-year-old told my husband to "shut-up", The good, the bad and the ugly. This too shall pass, 3 things I do that make me a better stepmom, that have nothing to do with being a stepmom
Red Tricycle > Spoke Contributor Network > My Biggest Stepmom Lesson Came from a Lunchbox Brownie