My Confessions As the Mom of a Strong Willed Child 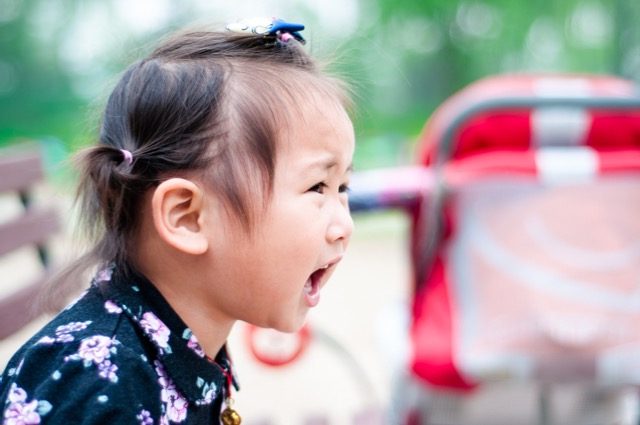 I yell at my kids.

I’ve grabbed my son Jack by the arm and literally dragged him to his room. I have slapped his hand, spanked his butt and told him I’m moving to California and never coming back. None of this I’m proud of. It actually haunts me at night. How can I, a very peaceful, loving, happy and positive person—most of the time—do this to an innocent child? He’s only six. If I saw someone treating her kid this way, I would be disgusted. Not only would I judge them harshly, I would consider calling the police.

I see it a lot though. And all too often it’s nothing physical—it’s just verbal abuse. Literally abuse. Recently, I looked at a mom who was berating her son at a hockey game about the usual morning issues: “You had your socks when we left the house. It’s not my job to keep track of your stuff!” She yelled while dragging him by the arm across the locker room. They were obviously late for the game. She slammed him down on the bench and started unpacking his hockey bag by dumping the contents all over the floor. I saw the look in this nine-year-old’s eyes. He was defeated. He looked like a nine-year-old version of my son, almost exactly. I wanted to walk over to her and whisper, “There’s a better way. Don’t do this.” Instead, I looked inside and turned those words back on myself. How can I find a better way when in that same situation?

If you have a “strong-willed” child, which basically describes every kid between the age of 18 months to 10 years old, then you know you’ve been there. (Not every kid that age but most of them.) You know if you have a strong-willed, explosive child. And you probably knew since the day they were born.

A strong-willed child can push buttons you never thought you had. They’re the toddlers that run away from you at the park, sans fear. They’re the kids that drop their pants at a play date just for laughs. Who uses every bad word he knows to get attention from his friends. Who crosses a line if you say don’t cross it.

My son has the opposite reaction to the words “don’t” and “no”. When you say them, he does the opposite. That’s how he’s wired. After neuropsychological testing, I found out it’s literally how his brain is wired. And I’m sure I was the same way.

I love my son, so much it hurts. Sometimes I literally want to eat him for breakfast. I can’t get enough of his cheeks, his soft skin and his bluest of blue eyes. It’s beyond words. (I’m sure you know.) And sometimes when I’m putting him to bed at the end of a long day, his strong will is almost blinding. I want to jump out the window. I have said more then once, “If you don’t lie down and go to sleep I’m going to jump out of this fucking window.”

Yes, I swore at a two-year-old!

So when I saw that mom, spent and furious, treating her kid like a common mini criminal, I looked within and I asked myself how can I be the best mom possible to my strong-willed, explosive child?

And here’s what I came up with… Here’s my REAL confession….

I am not a perfect mom. Sometimes, I don’t even feel like a good mom, but I do think my son is perfect. Sometimes he misbehaves, but he’s still perfect. He often doesn’t listen, but he’s still perfect. He challenges any and all authority, but he’s perfect. If there’s a rule, he will break it, but that’s perfect. I’m done trying to make my son someone he’s not. I’m sick of feeling like a bad parent every time his behavior is outside the norm or makes people uncomfortable. A strong-willed child has an enormous personality. That’s a lot to fit in a tiny body. They’re trying to figure this life thing out, right along side us. Some teachers get it. Most don’t. They’re intimidated by their strength. Camp counselors either love them or hate them.

And that’s okay. Because the most important thing is that I love him. I get him, and I accept him for the strong-willed kid he is. What I know for sure is that he’ll grow up to do amazing things. Kids with personalities the size of Texas don’t just idle through life unnoticed—they make waves and those waves create a ripple.

Last week, he insisted on carrying his teacher’s chair for her. My heart melted. And he asked a kid over for a play date because he thought he could use a friend. That’s my boy. Now if only I can remember that when I’m trying get him to go to bed. I’m working on it. Until then I’ll remind myself that strong-willed children come from strong-willed parents, who were typically strong-willed children too. I feel they need a lot of compassion and maybe more breathing room then other kids. Lots of responsibility and tons of love. I’m gonna stop apologizing so much and stop walking on eggshells. I’m gonna be confident and supportive of my son and who he is, in all his perfection.

If you have a strong-willed child at home, join me. What can you do to accept your child and encourage their uniqueness all while loving yourself too? 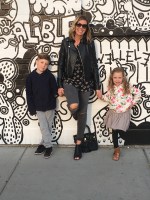 ABOUT THE WRITER Steffani LeFevour
My Happi Life

Steffani LeFevour wants to live in a world surrounded by women who find a lot of joy along this journey and who never say no to a dirty martini. As a happiness coach she's helped hundreds of women live happier on a daily basis. Most importantly she's never missed one of her son's baseball games. www.myhappilife.com.
Red Tricycle > Spoke Contributor Network > My Confessions As the Mom of a Strong Willed Child