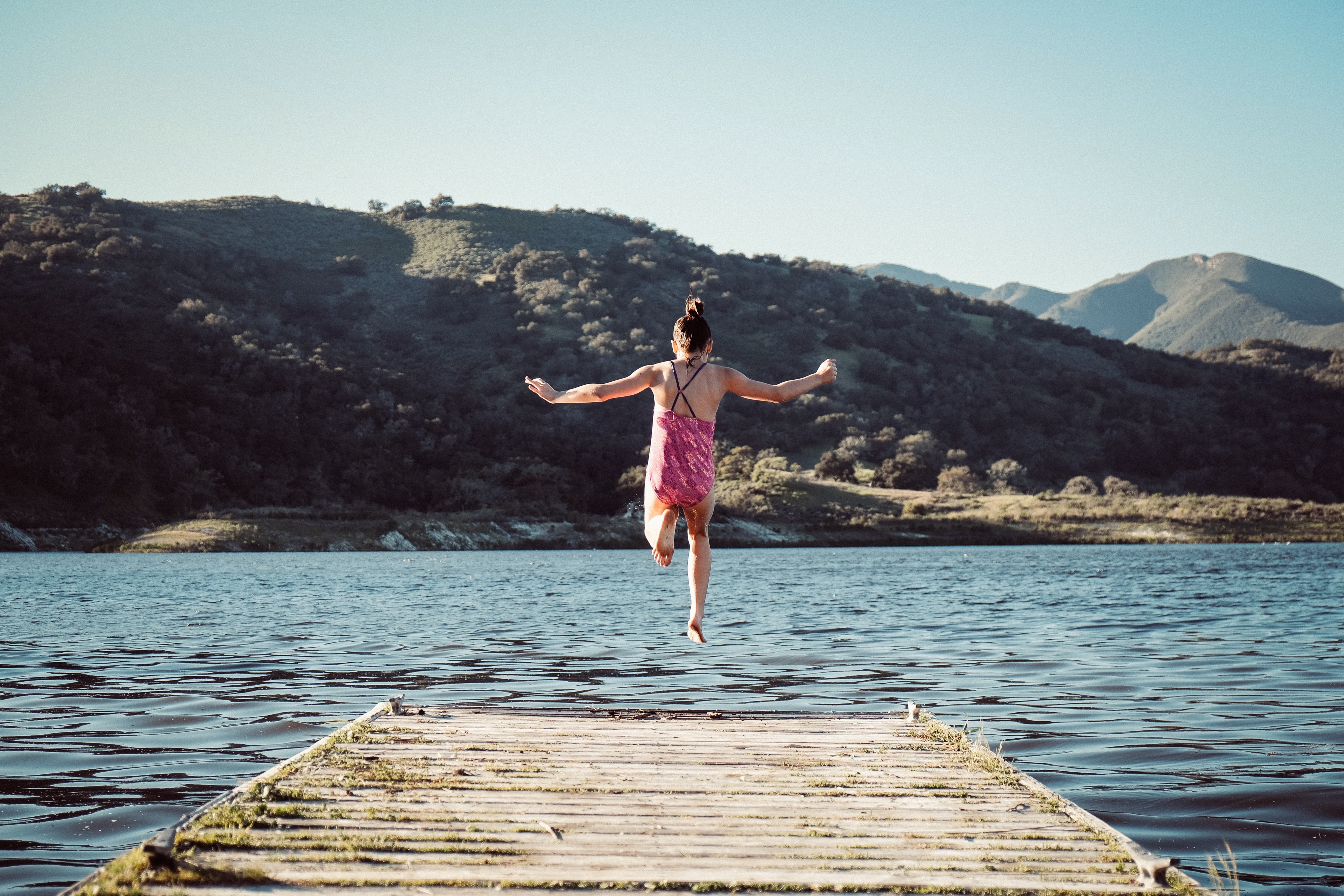 I asked her several times if she was sure she wanted to do it. I’m sorry to say I even tried to talk her out of it. And she not only said she wanted to every time I asked, she said ‘of course’ she did, as if not doing it was the silliest concept she’d ever heard.

So race day came and we stood at the starting line about to set off on a 5K that would take us across a 34-hundred foot long bridge over a river, down two more miles of highway, then back over the bridge. In 90 degree heat. In July. In the subtropics.

As the starting horn sounded she took off like a bullet, stopping to take a break only after making it up the 55 foot incline and down the other side to the one mile marker. We walked off and on through the next two miles but my 6-year-old’s spirit never skipped a beat.

I can’t describe how proud I was of her and how sad I was that I had tried to talk her out of it.

I didn’t start running until I was 38. And it’s been one of the hardest things I’ve ever done. But I pushed through, partly because I wanted to be an example of strength and perseverance for my kids. And on this race day, I felt like I might be succeeding just a little bit. Now I need to work harder at not screwing it up.

Kids are born fearless. That’s why they take death-defying leaps off the couch and later diving boards. They don’t understand fear of failure or of embarrassment. Fear and self-consciousness is something they have to learn.

I for one hope that’s a lesson my kids take a long time to learn. And I hope I can arm them with enough resilience to conquer it when they do.

Tracy Shaw is a mom of two, wife, veteran journalist turned stay-at-home mom and saver. Check out some of her tips for having fun and staying healthy on a budget at www.FrugalFloridaMom.com.
MORE FROM Tracy:
What NOT To Do As A New Stay-At-Home Mom, How To Get Fit For Free, 10+ Things You Can Stop Spending Money On Right Now
Red Tricycle > Spoke Contributor Network > My Daughter Was Born Fearless & I’m Trying Not to Screw It Up