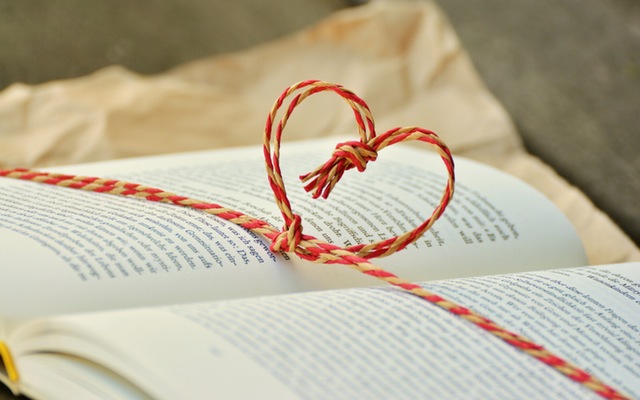 Thumbing through an old journal, my eyes landed on a paragraph written after my daughter, then 13, emphatically announced that she did not like to read.

I felt the same raw emotion as when I first wrote the entry, though years had passed. From my earliest moments as a new mother, I’d longed for my daughter to experience the same enjoyment from reading and falling into a good book that I’d felt in my youth. I pictured us walking in tandem in our mutual appreciation for stories, unpacking plots and characters for each other as we bonded in conversation. Like opening up a secret tunnel, reading would be my path into her life just as it would be her path to healthy adulthood.

But somehow, for all my best efforts, I apparently wasn’t raising a daughter who loved to read. Yet what she had said on that day long ago in fact didn’t match her actions. Perhaps, in her floundering place somewhere between child and young adult, she had issued that statement as a challenge.

Whatever the case, I was deeply grateful she felt safe enough to speak her mind.

Secure, she could tell me she didn’t like to read, crushing my hopes. Secure, she could hurl her dart at me, and though it found its mark, I knew that her declaration didn’t completely square with reality because from a young age, she did love stories as I did, and when she learned to write, she started writing stories of her own. At age 8, my daughter had completed her first novel, The Magic Flip-Flops starring Eugene. It fills 86 pages of a notebook and on the inside cover she scribbled in pencil, “For Mom.”

Before she declared her dislike for reading, she had already introduced me to The Miraculous Journey of Edward Tulane by Kate DiCamillo. Edward, a stuffed rabbit, is tossed and turned by life and longs to permanently belong. So does Delphine, the protagonist in one of my daughter’s stories. The French girl whose family emigrates to London for work feels misunderstood, a misfit.

I’ve often told my daughter to write from her own experience and in Delphine’s story, she does. As a tween expat in London, my daughter felt like a true outsider. She struggled to fit in with a weekly girls’ group. She was the youngest, an American, and was homeschooled. She didn’t like makeup, shopping or boys, and shallow giggly conversation bored her. At the time, she didn’t even know who Justin Bieber was—and the girls didn’t let her forget it. Like her character Delphine, she felt desperately out of place and oddly more at ease with adults. Teary-eyed, she longed for genuine camaraderie with her peers.

Though my daughter had insisted she didn’t like to read, her bookcase told a different story. She admired the brave Susan of The Lion, The Witch and The Wardrobe and later Katniss of The Hunger Games, both adept with bow and arrow. In her own life, my now 17-year-old daughter will need bravery and courage as she charts a path far away from home for college in the U.K. The sheer number of unknowns threaten to overrun my mother’s heart if I’m not careful. However, the characters she chooses to put on pedestals from the stories she loves console me, emboldening my deeply held belief that she will be okay.

She’s thrilled by the complexity of real people doing real life. It’s more honest than the way teen culture looks, she tells me. By this time, I’m accustomed to her honesty about people around her. Would she have this level of clarity without books and literature? I also wonder if we would share this unique transparency in our mother-daughter relationship without stories and writing. Just as she’s learned about herself and who she wants to be from literature, we’ve developed our own literary conversation around books and writing, not shared with anyone else. It’s like our secret language.

When she says Jane Eyre is her definition of a good woman I track with her because I know the story well, too.

“She’s serious about holding tight to her self-respect.” Waving her hands, my daughter is pacing the living room.

We’ve just finished watching the movie again and she’s on a roll, monologuing, praising Jane while also ranting against teenagers who disrespect themselves to win the short-term respect of the crowd. With a throbbing heart, I listen in silence to this independent, thoughtful young woman. I’m overflowing with gratefulness, struck by how indebted I am to these books that encourage my daughter more effectively than I can.

From the ragged copy and rough text of The Magic Flip-Flops told in her eight-year-old voice to the dozens of notebooks of subsequent stories lining her bookshelf, I see now that there has been something magical going on for a long time.

Like Eugene wishing for flip-flops and getting magic flip-flops, my past longing for my daughter to love reading has been more than met.

Adapted from an essay originally published by Literary Mama.

ABOUT THE WRITER Kathryn Streeter
KathrynStreeter.com

Kathryn Streeter is a full-time wife, mom and writer residing in Washington DC. She raised her two kids in cities around the world, telling her adventures of family, travel and the good life in essays published by The Washington Post, Brain, Child Magazine, Grown & Flown and elsewhere.
MORE FROM Kathryn:
My Daughter's Messy Room Drove Me Crazy, Now I Miss It, How our Friday night pizza night helps us connect with our growing kids, What We Learned About Parenting At Starbucks
Red Tricycle > Spoke Contributor Network > My Daughter-Who-Doesn’t-Like -To-Read