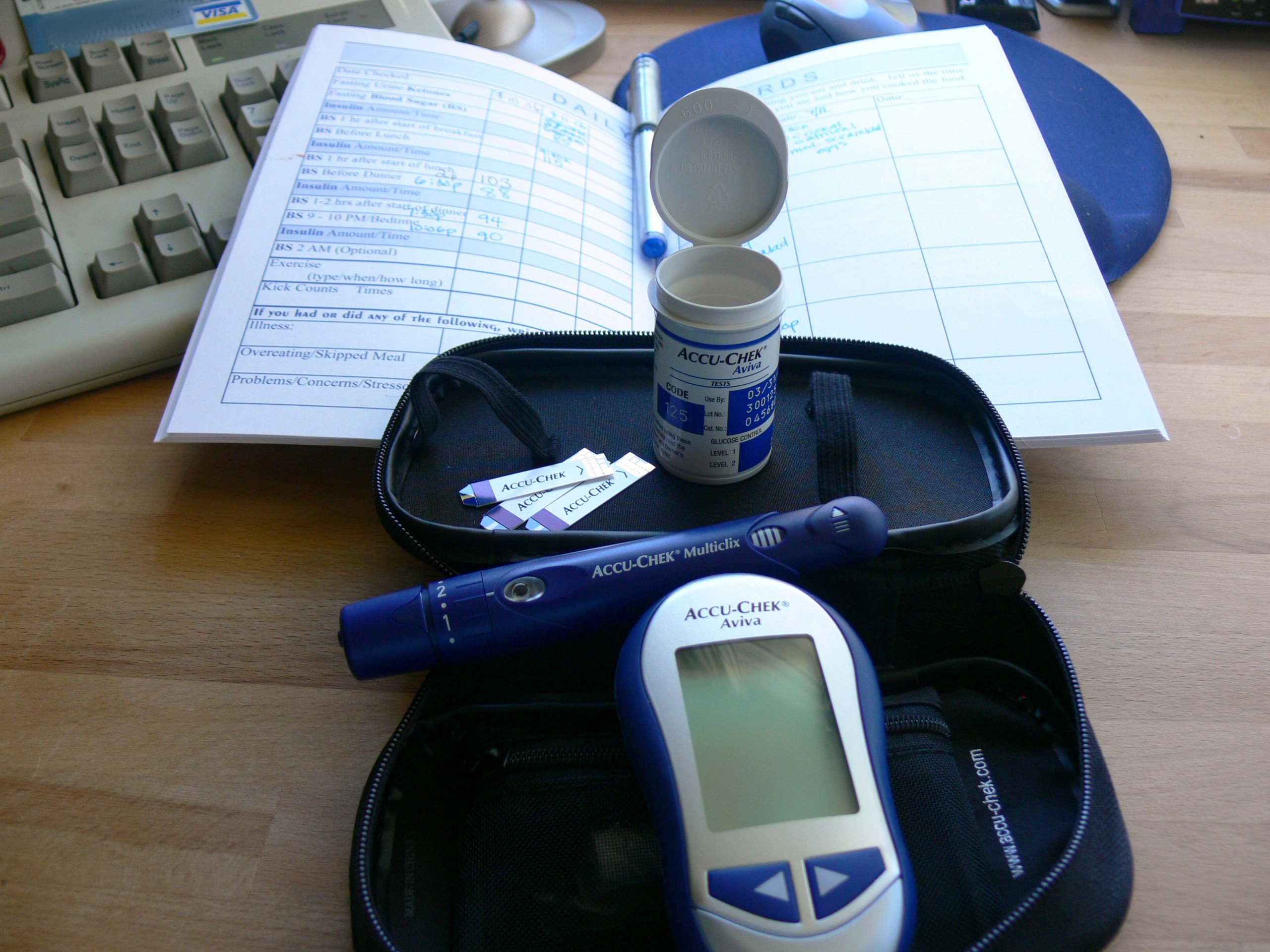 I’m one of those people who associate diabetes with being unhealthy, so never did I imagine that I, a vegetarian and a runner, could be diagnosed with gestational diabetes. My ignorance got the best of me when I failed my glucose tests.

At least once a week, I’d see posts from various Facebook friends expressing nerves about an upcoming glucose test, celebrating a passed glucose test, or sharing devastation about failing. I never understood the hoopla, and walked into my test thinking there was absolutely no way I could have it. Pre-pregnancy I hovered around the 110 mark, continued exercising during pregnancy, gained the right amount of weight, and ate fairly well. I was totally in the clear, right?

Wrong! Wrong, wrong, wrong. When my doctor called me to tell me I failed the one-hour test and needed to set up a three-hour-test I was shocked. I was more shocked when my results for the three-hour-test came back positive.

I went directly into Google mode. Gestational diabetes doesn’t discriminate, though you have a higher chance of getting it if you’re 25 or older, have had it with a previous pregnancy, given birth previously to a baby more than nine pounds, have family members with type 2 diabetes, are obese, have a history of prediabetes, or part of specific ethnic groups. Besides the additional risk factors, women, even the fittest of women, can develop it because pregnancy hormones can block your insulin production, which you need to break down sugar.

Following my diagnosis, my doctor set me up with two classes at the hospital: a nutrition class and a blood test class.

At the nutrition class we were given handouts of what foods are carbs, the amount of carbs we should have at each meal, how to pair proteins and good fats with carbs, and that we should be eating well balanced meals five times a day – three meals and two snacks.  We filled out sheets as to what we can eat daily, and were quizzed on how many servings pre-packaged food actually contained.

To say I was overwhelmed is an understatement. I walked out in tears: In addition to feeling overwhelmed by my new diet that I thought was unattainable, it hit me that I had already failed at being a mother and I haven’t even given birth. Gestational diabetes puts your unborn child at risk of injuries during birth because GD babies tend to be larger, low blood sugar and mineral levels at birth, jaundice, preterm birth, breathing issues, and still-birth.

My husband is extremely health conscious and helped me with a meal plan right away. Adjusting to the diet ended up being the easy part of the diagnosis. I already was eating the right foods, I just needed to portion and pair them correctly. My day now consisted of the following:

– Oatmeal with flaxseeds and skim milk

I still regularly took spin classes and yoga, so I would add in an extra snack, which would consist of either carrots and hummus, or a serving of walnuts. I’d “indulge” with a Yasso Greek frozen yogurt bar, as well.

The blood test class was the following week. Though I’ve long gotten over my fear of needles, the finger prick was always the most painful in my opinion. I was pretty nervous to do this to myself. In this class we were given the kit that our insurance covered, then went around the room and one at a time, tested our blood. It took me a few tries because I was so scared! I wasn’t pressing it close enough to my finger to actually draw blood, but when I did, it wasn’t painful at all, which is good because I’d be doing it four times a day until baby arrived!

Like I said, the new diet was the easy part, scheduling the blood tests gave me anxiety regularly. I tested my blood first thing in the morning, then an hour after breakfast, lunch, and dinner. Before I’d leave for work in the morning I had already pricked my finger twice. I had to time my breakfast so that I would still be home to test my blood in an hour and then leave for work and still get there on time. Between that, and my almost hour-long NYC commute in the warm weather while in my third trimester, by the time I got to work I was already stressed out.

The diagnosis taught me so much about food (I haven’t eaten ketchup since!) and how to eat a balanced meal. I tracked my carb intake and my blood sugar with the miser Logbook app, and because I stuck to my strict plan, my numbers were always perfect! I was so proud that I was able to keep my GD in check and keep baby healthy!

I'm a preemie mommy trying my best to navigate my new life as a working mom. I miss sleep, spin class, and trashy reality television, but wouldn't trade it for the world!
MORE FROM Laurie:
Eight Thoughts I Have While Using The NoseFrida, Body After Baby: My Journey
Red Tricycle > Spoke Contributor Network > My Gestational Diabetes Ignorance