From Hopeful Then to Here Now: My Journey to Motherhood & Self-Acceptance 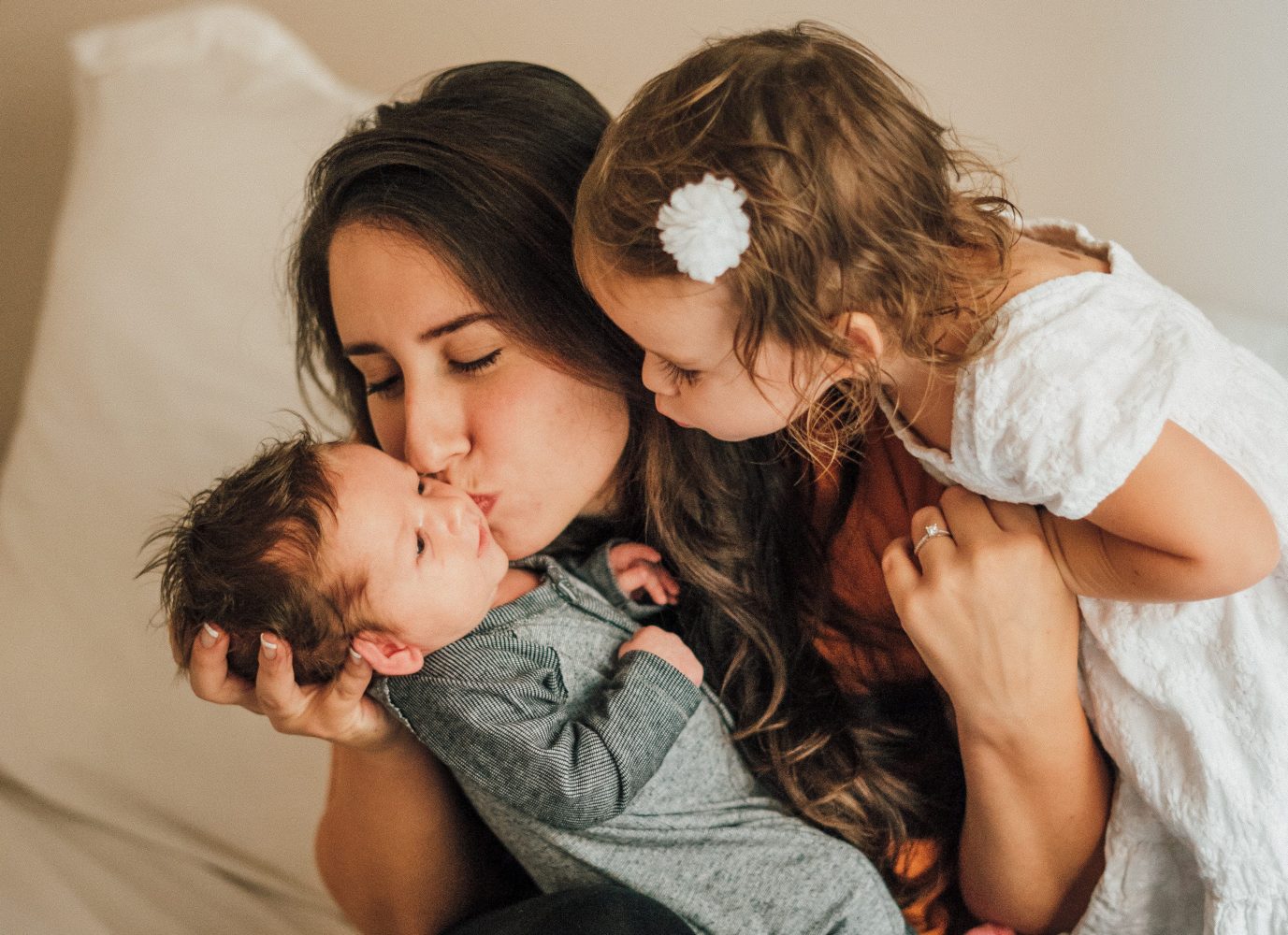 After a lifetime of consistent and high-profile episodes of klutziness (at least in my world) and events that didn’t end quite as I’d hoped, I don’t get embarrassed easily. Like most people, these instances have left me with both internal and external scars. These scars tell my story, my journey to becoming who I am—I just happen to have more than most.

It’s the scars that I can hide from the world that have had the most impact. When I was 14 I was diagnosed with Polycystic Ovarian Syndrome (PCOS) which is a fancy name that masks some very unflattering and depressing symptoms. Along with acne, increased facial hair, propensity to weight gain, irregular menstrual cycles and anxiety, PCOS can cause infertility and an increased chance of miscarriage.

When my husband and I first started dating, I told him I may not be able to have children, which I knew was something we both wanted. We were determined to become parents but our journey would be hard, ugly and arduous.

About a year after our wedding I came down with a mysterious illness. I saw just about every major doctor and specialist in New York City, but no one could exactly explain why I was feeling the way I was. In the course of my medical journey, one diagnosis they were able to give me was Fibromyalgia. I had always had migraines and IBS so the conclusion made sense—but like many with the condition it wasn’t a diagnosis I was happy about.

There’s still a lot of stigma around Fibro and some people don’t even believe it’s real; that the pain we feel is all in our heads, a creation of our own neurosis. Many women who have pain conditions like Fibro report that they have decreased pain while they’re pregnant, though very rarely do the hormonal changes cause some to have less pain after pregnancy as well. Despite this, we decided we couldn’t wait any longer- it was our time to get pregnant.

Because of the overwhelming amount of medications I was on and really couldn’t get off (don’t worry, they all were Class C), I was a high-risk patient and would most likely have fertility issues. So, with all this in mind, I started at the fertility clinic right away.

Over the past few years, it has slowly become socially acceptable to speak about fertility issues. However, when we started our journey, infertility was still very much a “dirty little secret.” The lack of constructive conversation around it left me feeling alone and as though I was the only woman struggling with these issues. The secrecy surrounding fertility was so ironclad that I didn’t know that some of my closest friends were going through similar treatments to me, we just never spoke it aloud.

Sitting in the waiting room at our fertility center I saw a few hopeful couples, but mostly I saw women on their own. If you’ve never been through fertility treatments, you need to visit the clinic at least once a month to monitor your cycles but, generally speaking, you end up spending way more time there than just once a month.

In almost every chair women sit alone, waiting for their monthly, weekly, or at some points, daily blood draws and sonograms to see if they’re fertile or maybe, just maybe, expecting.

Although I saw them and they saw me, I couldn’t tell you any of their names. I can’t tell you any of their stores or religions or reasons for being there because we never communicated with each other. If you were alone, that was the way you remained and it didn’t seem like anyone really wanted to break with that trend. Even in the elevator, no one spoke. No one even looked at each other. The only interaction we had was sometimes trying to exit the elevator faster than the other person to get to the sign up sheet- appointments were on a first-come-first-serve basis.

At 28, I was frequently the youngest person in the waiting room, but it’s not like there was a huge generational gap. It’s not like we had different end goals. It’s not like we were in competition in any way, except that we all wanted the same thing.

Everyone’s fertility journey is different and unique because it’s happening to them, but in the end we all just want a baby.

Fortunately, we did become pregnant. Unfortunately, I did not become one of those many women whose pain eases with pregnancy. That miracle of becoming pain-free, or even just reducing my pain, didn’t happen for me. Although I was in pain every day and had a headache from the minute they were conceived to the minute they were born, I wouldn’t change a thing.

Now we come to external scars—the stretch marks and the oh-so-prominent c-section scar from an emergency surgery that gave us our twins. They were born three months premature at twenty-eight weeks and four days after I was diagnosed with severe preeclampsia. They were tiny, but they were fierce. Since they were so significantly premature they needed to stay in the hospital to learn how to breath and eat.

They lived in the NICU for nine weeks and during that time I only really spoke to one other woman. For perspective, there were 65 babies there and even if 12 of them were twins, that’s 56 additional moms I could have potentially spoken with. Personally, I was wary of speaking with anyone in the fertility clinic or the NICU because I couldn’t take and (frankly) didn’t want to hear about their pain- I had enough all by myself.

My experiences in both of these places were eerily similar—I would see similar faces day in and day out in the waiting room or next to their baby’s incubator. These women with stories just like mine, complete with all the joys and pitfalls. Waiting for rounds or this week’s blood-draw, checking their phones, talking to their families, attending to their babies—and yet we passed the time in silence.

All of us hurting and none of us knowing how to tell the other, “I see you and I hear you.”

It was only after leaving the NICU and graduating from the clinic as a pregnant woman that I faced the world with my twins as a mother. And mothers can’t be afraid or embarrassed. We can’t be afraid to say hi to a stranger who looks like us; whose hair is disheveled, who has bags under their eyes and is actively trying to sooth a baby. We can’t be embarrassed of nature while feeding our children in public.

Most importantly,  we can’t be afraid to share our stories with each other because motherhood is hard.

I have learned so much about myself by becoming a mother. I’m more confident, more expressive, I care less about the little things that used to consume my life and, most of all, I’ve learned to embrace my scars. To embrace the pieces of my life that have tried to keep me down because I know that none of them have kept me down for long. I always get back up again.

My journey to self-acceptance has allowed me to accept others just as they are and to try to use our commonality to build meaningful and lasting relationships.

ABOUT THE WRITER Reena Factor
Twenty Eight and Half Weeks

Blessed with boy/girl twins who were born three months premature, I learned very quickly that I needed to make educated decisions based on their best interests and needs. Since becoming a mother I've learned to lean on my online and RL communities and not take myself (or life) too seriously.
MORE FROM Reena:
Goodbye Granny Annie
Red Tricycle > Parenting > Adulting 101 > From Hopeful Then to Here Now: My Journey to Motherhood & Self-Acceptance