My Surrogacy Experience Was More than I Ever Imagined 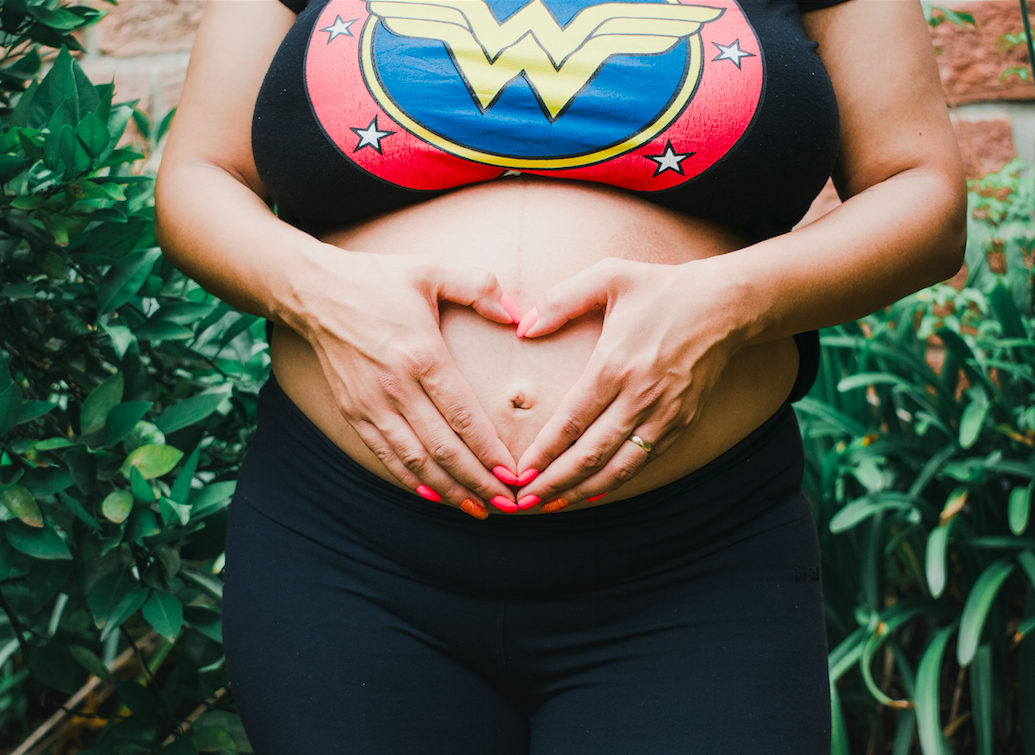 Trying again is the secret. I do believe that God leads us by the desires of our hearts. After my cervical cancer, my ovaries were saved and I had all the faith in the world that we could have another baby.

So, in August 1996, just nine months after my radical hysterectomy, Rick and I met our surrogate mother, Gwen, along with her candid and very easygoing family in Sacramento, California. In 1996 surrogacy was a bit of a mystery, especially in Virginia. As much as we had read and researched, we sought the comfort of the most accomplished hands within this delicate field.

The morning of our flight out to the West Coast was somewhat typical of a travel day, with the obvious exception of my whirling excitement. I checked through all of the last-minute details and was ready to give Yogi and Baloo their “going on a trip” hugs and treats when a pain struck my lower abdomen so hard that it brought me to my knees. My breath was taken away. My face flushed with heat. I had never felt anything like this before, not even after my recent surgery. This was something new, something full of power and something that wanted my attention. Minutes later, it was gone for the most part. I still felt exhausted. I stood up slowly, feeling like the wind had been knocked out of me. My heart pounded with joy for the inspirited blessing. Once again, a higher power had made an entrance into my life, and I knew it.

Later that day, at the surrogacy center in California, Rick and I sat talking with the doctor. I mentioned to him that I had a very strong feeling that I was at the beginning of my cycle and running some blood work might be a good idea. The doctor suggested that my earlier abdominal pains could have been from nerves. I knew otherwise, and he was kind enough to support my intuition. I realized how complex this whole process would be, and every little bit of blessed favor was not only welcomed, but honored. He ordered an ultrasound and blood work.

Later in the afternoon, after meeting with the doctors, we met Gwen for the first time. I was so excited! We felt an instant closeness. It was comfortable and effortless. There were no awkward spaces to fill with small talk; we fell right into each other. I told her about the incredible cramps I had that morning before leaving home in Virginia, and I shared my hunch that I was at the beginning of my cycle.

The next morning, she excitedly called to tell me that she had just started her period. I’ve never been so delighted about a period in my life! My hopes were sky high. When we arrived at the fertility center the doctor told us that the ultrasound showed that I had already ovulated and the blood work confirmed that I was also at the beginning of my cycle. The doctors were amazed that our cycles were perfectly aligned. They had never seen this happen without manipulation. This was a confirmation to me that I was exactly where I needed to be. I had made the intended connection.

With our cycles perfectly in sync, we were able to move forward immediately. There would be no time spent finding my cycle and taking medicine to align mine with Gwen’s. Had I not been attuned and opened to my soul and the Divine at work, who knows how long the road would have been and where it would have taken us. Trusting my intuitions and listening to the gentle voice inside of me allowed so many blessings in. Feeling and experiencing God and Universe communicate directly with me elevated my life to a place of expansive harmony that I never want to forsake.

Three months later, in November 1996, my embryos were transferred into our surrogate. Ten days after the transfer we received the amazing news that the implant was successful—we were pregnant on our very first try! This year, Thanksgiving brought even more for us to be grateful for, and this year, we celebrated. The next nine months were magical. Rick and I wanted to be as much a part of this pregnancy as possible. We flew out to Sacramento for each and every doctor visit, and I was Gwen’s coach during our birthing classes. Over the next ten months, Gwen and I became so close. We spent a lot of time together. Neither one of us held back: we were both willing and open. I was older than her by several years. Our trust in each other created an intimacy and an incomparable bond. She would ask for advice, and in answering, I was as discerning as I would be with my own daughter or close friend. I truly cared about her and loved her.

We were brought together by this miraculous undertaking, but our focus wasn’t always the pregnancy. She had a life despite her benevolent commitment. Together she and her husband, Bruce, had four children. Their personalities were distinctive. Each of the kids was welcoming, warm and fun. Their enthusiastic interest and support of us was another blessing. We shared family dinners with non-stop boisterous conversation swirling around the table as the kids let their voices ring loud and clear. The pre-teen sense of humor on display was entertaining and invigorating. The girls loved to sing for us while we relaxed outside in the warm California evenings after dinner. Each one of us was openhearted and engaged in these new friendships. Each one of us had something to give and something to receive.

I wanted to stay there—in this place where God and Universe were reaching out and leading me forward. Drop by drop, blessing by blessing, my heart filled with light and love.

Julianne Haycox is an artist, photographer, lover of all things in nature, and a fearless traveler. She is the author of Be Still and Know, a book filled with her photography and meditative quotes and Conversations with Grace (Koehler, March 2020), a book of inspiration and personal growth.
MORE FROM Julianne: