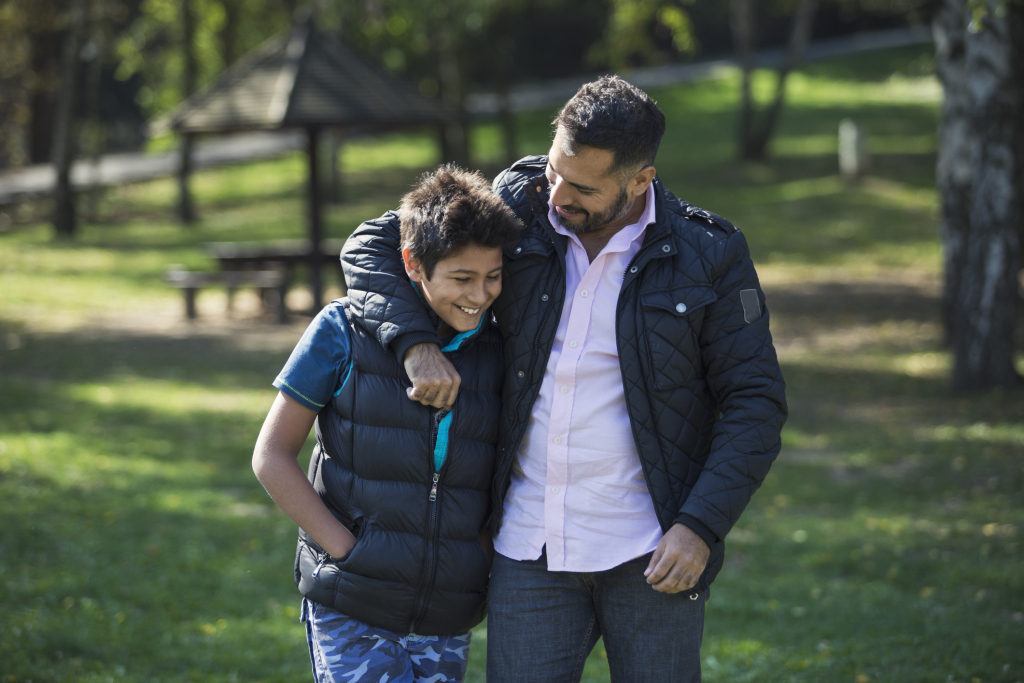 I know a thing or two about raising teens. As the father of four, I’ve been there, done that. If you can get through raising a teenager, you deserve a metal and a monument.

Parenting in general is beyond hard and I really think people say that because of the teen years. Not sleeping when they’re born? Easy peasy. Potty training? Bring it on. Teenagers…yikes.

Sorry parents to young ones…it does not get easier. Different, but not easier. Yes, as they get older, kids are more self-sufficient but teens can get themselves in a lot of trouble, think they know the secrets to life and believe you are the enemy, even though they need your money. Enjoy your non-talking back cutie pies who give you hugs and kisses, and want to hold your hand.

Simple and teenagers don’t go together. When my daughter screamed at us at a level I didn’t know was possible, along with using some popular curse words, my wife and I were speechless. Where was our sweet and respectful offspring?

Part of me wanted to scream back and tell her that she was being an ungrateful brat. Part of me wanted to cry. I needed to take a second and figure out how to respond in a way that would be productive. That second, which seemed like a day, allowed me, along with my wife, to pick up our jaws and collect ourselves.

The silence actually worked in our favor, because I believe my daughter expected an immediate reaction, similar to her delivery. When we didn’t respond, she had nothing to then respond back to, therefore the argument was instantly over.

While our silence was louder than words, I needed to express how we were feeling as parents. I took a deep breath and told her we will not be spoken to like that and her disrespect would not be tolerated. I asked her to head to her room to think about her outburst and would have taken away her phone, but luckily, back then, she didn’t have one.

I ended my calm statement to my daughter, letting her know the sleepover she was supposed to go to that night was now cancelled. Those consequences made her angry again as I knew it would, but I had to go there, so next time, she would think before she spoke to us like that again.

As she slammed her door, I heard the words every parent dreads but knows is coming one day. Yep, you guessed it. “I HATE YOU.” My response? “I LOVE YOU.”

Don’t get me wrong, I was mad, but it didn’t mean I didn’t love my daughter, and I would never say, “I hate you,” as much as in the moment, I hated her behavior.

My wife and I decided to let our daughter think about what just occurred would be better than to head into her room and either continue telling her how disrespectful she was or how disappointed we were.

I knocked on her door about 20 minutes later and asked if she was okay and if she wanted to talk about what just happened. The reason behind this was to let her know I cared about her feelings, even though I was angry at her conduct. I also know teens are hormonal and can be the devil one minute and an angel the next.

Long story short, we got through it and my daughter apologized a short while later. We had a nice civilized discussion about her tantrum and reminded her of what we expect, the need for respect and the consequences that come along with it.

At the moment, I was winging it, trying to remember what it was like to be a teenager and how my own parents handled various situations. Yelling back seems counterintuitive and I told myself when I became a parent, I would try my hardest to find another way to communicate with my kids, good or bad.

Sitting down and summarizing what I did right, would soon be the model for future tantrums, as there would be many more to follow. I also had another teen-to-be at the time, so I needed to be prepared.

No matter how old your child is or what they’re going through, there’s no excuse for them to scream and swear at you. It’s a horrible feeling and while I think I handled my daughter’s teenage years pretty well, my second teen was a whole other story. As we know, every child is different and they each react differently as well. One thing I learned is to stay calm, take a deep breath and know the teen years don’t last forever.

The fact that my wife and I were a united front, helped a lot. Before we had kids, we promised we would always respect each other, even when we wanted to strangle each other. We know our kids are always watching, no matter how old they are, and that we need to be the best role-models we can be.

As parents, we’re not alone. Whether you ask your friends, family, or turn to the web, help is out there and there are several resources to turn to. It’s always helpful to learn about alternative parenting methods and different perspectives on parenting teens, from keeping your sanity to more serious issues, like mental health.

Having teens has made me gray and almost drove me to the insane asylum a few times, but I have to say, boy, did I learn a lot. I am definitely prepared for what’s to come with my youngest two when they hit their teens. Please remind me I said that.