Netflix & Nurse: What to Stream While Breastfeeding

Nursing your baby is a special time: it’s wonderful to just sit and marvel at your baby, stare into her eyes and listen to the happy suckling sounds.

But it can also be time-consuming and painful. Last year, one mom’s viral Instagram post estimated that she spent more than 1,800 hours breastfeeding over the course of a year. And between cluster feedings, sore and cracked nipples, blocked ducts, infections and squirmy or reluctant eaters, it takes seriously strong will to keep going.

That’s why it’s so important to be comfortable while nursing — put your feet up, fill your water bottle, get some snacks and pull up your favorite streaming service. Yes, I’m talking about #Netflixandnurse.

I’m not exaggerating when I say online streaming services have been lifesavers during many late-night, prolonged and/or frequent feedings with my daughter. When you’ve been in the nursing chair for a million hours and you need another reason to keep going, it’s nice to have the distraction of Ross and Rachel. The same goes for pumping – when I find myself stressing about output, I pull up a show to help relax.

Here’s what makes a good nursing show, in my opinion:

So, with those qualifications in mind, here are my top five favorite shows to stream while nursing…

How I Met Your Mother

Honorable mentions go to beloved half-hour comedies The Office, 30 Rock and Parks and Recreation. In truth, I’ve watched more than five series during my 11 months of breastfeeding, but these are my absolute favorites. 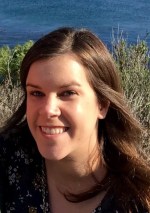 ABOUT THE WRITER Rachel Jones-Pittier
Rachel Jones-Pittier is a millennial mom, marketer and writer based in the Twin Cities. She enjoys coffee shops, fawning over her adorable baby and dog and family trips to the cabin. Follow her on Twitter and Instagram at @rachrific.
Red Tricycle > Parenting Advice > Baby Help > Netflix & Nurse: What to Stream While Breastfeeding