Netflix to Release New “Ask the StoryBots” Episodes This August

The StoryBots are coming back! Netflix recently announced the debut of Ask the StoryBots season three—and it starts on Aug. 2.

Season three will mark the first new-for-Netflix episodes since the streaming giant purchased the series last May. So what can you expect from the newest season of Ask the StoryBots?

If season three is anything like past seasons, your tot will get plenty of star-studded entertainment awesomeness. Snoop Dogg taught a lesson in computer programming and Wanda Sykes helped kids to learn how they catch colds during season two. It looks like the third season will bring the celebs to the small screen too. Just watch the preview and you’ll see! 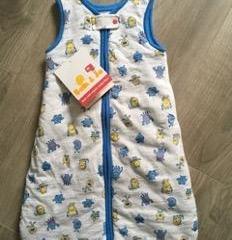