I’ve Never Put My Child in a Time Out. Here’s How We Get By without Punishments 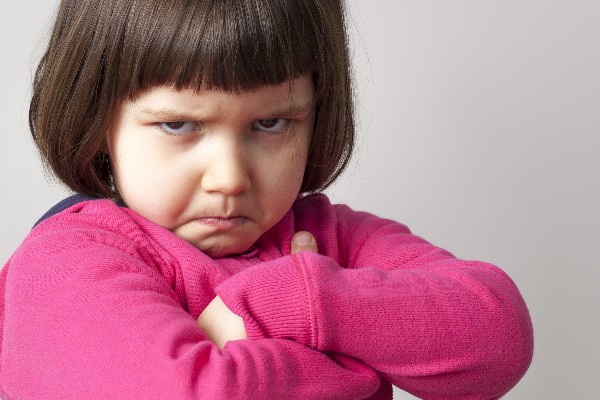 My daughter is now four-and-a-half and I’ve never punished her.

I’ve never put her in time out: never taken away a toy away or banned screen time for any length of time in response to something she’s done, never skipped a friend’s birthday party because of “misbehavior” (or even threatened to do that).

So you probably think that my daughter walks all over both me and everyone else in her life—doing whatever she likes whenever she likes. She’s probably one of those bratty kids who screams at the top of their lungs in a restaurant because I the battery died in her iPad that I stuck in front of her to keep her quiet, that all the other patrons stare at for a long moment and then roll their eyes as they look away.

She’s four-and-a-half so of course she has her moments: a tantrum once a month or so; the occasional refusal to take a bath; forgetting to hang up her jacket when she gets home. But by and large she works with us to find solutions to our problems which are, more than anything, a case of misaligned expectations between us.

We usually punish children for one of two reasons: either we have been hurt (literally or figuratively) or we feel the child needs help remembering their transgression so they won’t repeat the behavior in the future.

It’s somewhat natural to lash out when we’re hurt. But is there any logic at all to responding to hurt by turning around and hurting the child, at the same time as we admonish: “Hitting is wrong. Don’t do it again!?” Our words are directly contradicting our actions and our child learns that hitting is wrong, but that it can still be used by the more powerful against the weak. Is it then any wonder that when we hit a child they often turn around and hit their younger sibling?

The second reason we punish is to help children remember their transgression so they won’t repeat it. There’s actually some evidence from neuro-scientific research showing that the release of adrenaline during emotional arousal enhances memory, which means the child is pretty likely to remember the punishment.

(You can test this yourself: do you remember some of the more creative punishments your parent(s) used? Perhaps the ones that were designed to hurt you the most? What else do you recall thinking about your parents during this episode?)

What research studies have failed to address thus far is what children learn during the punishment. Most preschoolers sitting in time out aren’t thinking about how wrong their transgression was and how they must never do this thing again; they’re thinking about how unfair their parents are for punishing them.

At all ages, what children learn from punishment is that their family relationship is about “me vs. them”—child vs. the grown-ups. They learn that their behavior is constantly being evaluated and they’d better only show their good side. (Think about it: are you ever completely honest with a boss who is evaluating you?)

Because here’s the thing about punishment: it treats the behavior as the problem.

It’s so easy to think of the child’s behavior as the problem because we’ve been here longer and we like our way of doing things. We think: “If only the child would see things from our perspective and change their behavior, everything would be fine!”

But our children are people, too; tiny people with needs and desires and fears of their own.

When all we see is the behavior and we punish that behavior, we never even find out what is their underlying need and how we can meet that need in a way that also meets our need.

And while you may have a spouse and parents and good friends to turn to when you’re feeling down, our children rely primarily on us. They literally look to us to understand how they should feel.

Children don’t experience punishment as just a withdrawal of their toys or a few minutes sitting in a corner; they experience it as a withdrawal of our love. We’re telling them: “I can’t deal with who you are when you do this. I’ll love you again when your behavior conforms to my needs.”

And when my daughter is thinking about telling me about the toy she “accidentally” brought home from preschool, or that she was mean to her friend but regrets it now, or that some kid is asking her to send them topless pictures, I don’t want there to be anything in the back of her mind saying “I’d better not tell; I might get punished.”

I want her to know that I will be on her side no matter what and that together we can find solutions to problems.

And then you don’t need to sit them on a corner or withdraw their stuff or withdraw your love for them to grow and develop into kind, thoughtful, compassionate adults.

Learn how to problem solve with your child

Does this all sound too good to be true? Is it just not possible for you to imagine how your preschooler could actively work with you to find solutions to problems rather than needing to be punished for their misbehavior?

My daughter has been using this method with me since she was about three. The key to this is looking beyond the positions (the thing you’re fighting over) to understand the interests behind the positions. Why doesn’t she want to take a bath? Is she afraid she’ll get water in her eyes? Doesn’t want to get the scrape on her leg wet? Doesn’t want to miss out on helping to make dinner? Each of these interests will require a different approach, but each can be addressed so the bath (or perhaps shower) can be had.

You can’t do this if you just get ever more entrenched in your position; you can only do it if you look beyond the positions to the interests.

At three-and-a-half, my daughter was able to seek the interests behind my own position that I didn’t want to sing songs if we did a late bedtime to negotiate a solution that worked for both of us. (I know plenty of adults who can’t do that!)

Some happy side effects of this method are that it both deepens your relationship with your child and invites their cooperation, which helps you to fight less, cooperate more and parent with greater confidence. It also supports your child in developing skills they can use with their siblings (which also results in less fighting!), classmates and throughout their life.

If you—and your child—are new to this then it might take some practice but you’ll get the hang of it quickly.

Jen Lumanlan fills the gaps in her parenting intuition through research, via a Master’s in Psychology (Child Development) and another in Education.  Her podcast, Your Parenting Mojo, provides rigorous yet accessible information on parenting and child development to help parents tame the overwhelm and raise resilient, thriving children.
MORE FROM Jen:
Free guide on How to Stop Punishing Your Child, Regulating Emotions: What, when and how, Should we Go Ahead and Heap Rewards on our Kid?
Red Tricycle > Parenting > Kindergarten Help > I’ve Never Put My Child in a Time Out. Here’s How We Get By without Punishments