There’s a magical new way to get around in Disney World as the Disney Skyliner is officially open at the resort.

The new gondola system takes visitors on an epic ride from four Disney Resort hotels, including Disney’s Pop Century Resort, Disney’s Art of Animation Resort, Disney’s Caribbean Beach Resort and the new Disney’s Riviera Resort when it opens later this year, to Epcot and Disney’s Hollywood Studios. The Disney Skyliner might be a mode of transportation, but the journey is most definitely half the fun as you’re treated to a bird’s eye view of the Magic Kingdom. 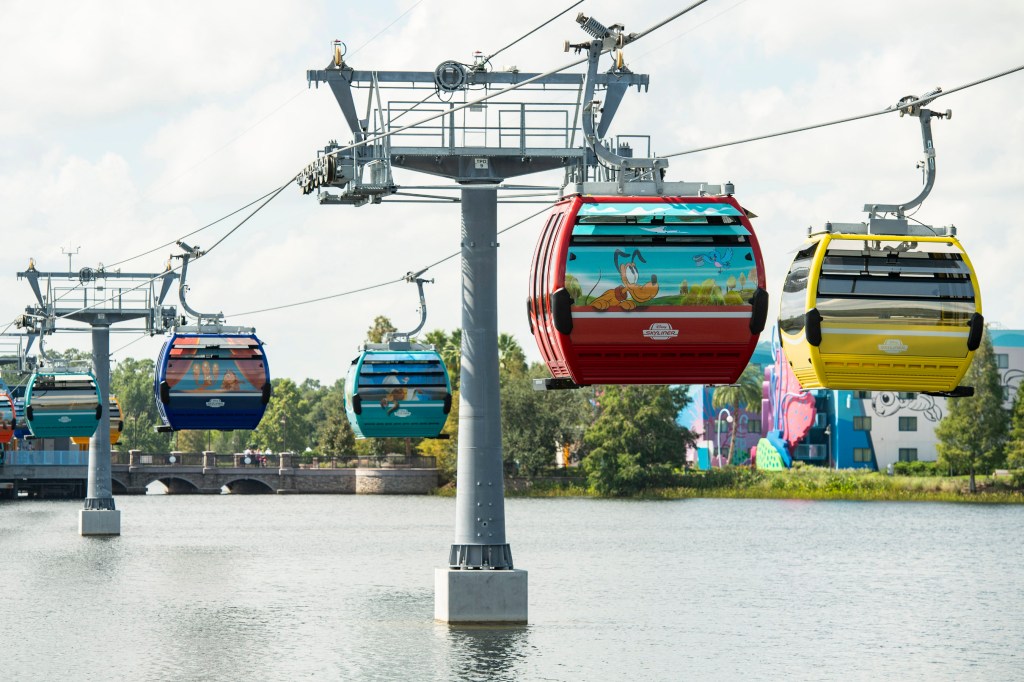 According to Disney Parks, the “Disney Skyliner will soar along waterways and wooded areas alike on its way to theme parks and Disney resort hotels, while wide-eyed guests will be treated to views never before seen.” 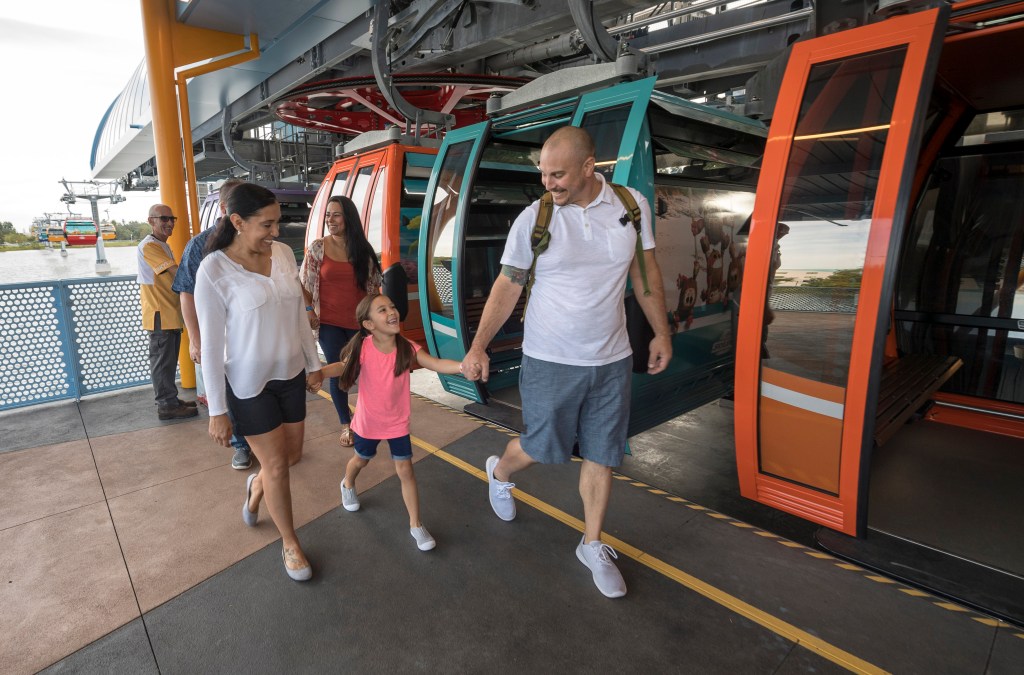 The Skyliner features approximately 300 cabins which are wrapped in whimsical Disney scenes with beloved characters, fan-favorite movies, attractions and more giving the impression that guests are riding with Disney pals. 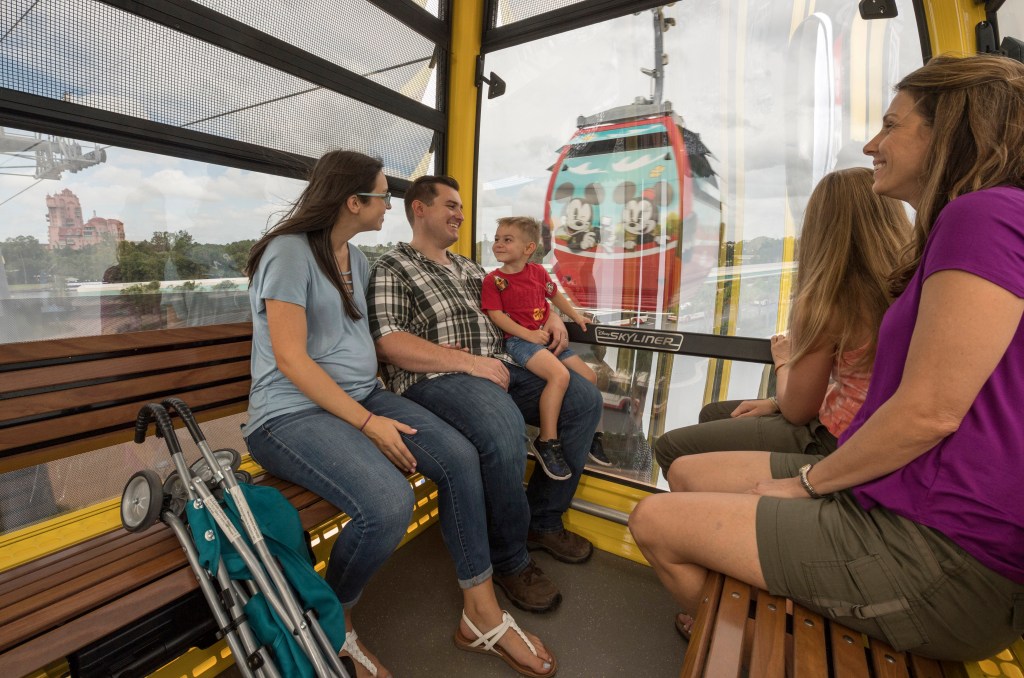 Guests can hop aboard the Disney Skyliner Cabins at several uniquely designed stations across the resort including the Epcot International Gateway station, which is inspired by the European pavilions in the park and the Disney’s Hollywood Studios station, which reflects the Art Decostyle of the park’s main entrance. The Skyliner Station at Hourglass Lake, which is shared by Disney’s Pop Century Resort and Disney’s Art of Animation Resort, gives guests a sky high ride above the lake.

we're soarin', flyyyin' there's not a skyliner 🚠 in heaven that we can't reach~ We're obsessed with this new collection of Disney Skyliner merch! (As with any Disney Transportation merch…) Skyliner merchandise is available at any of the three (soon to be four) Skyliner resorts, and at Epcot/Disney's Hollywood Studios. Swipe up in our stories or head to the site for the full collection with pricing and start your wishlist for your next trip!✨ Some items are also available on shopDisney 👌 . . . . #waltdisneyworld #waltdisneyworldresort #wdwnt #disneyshollywoodstudios #disneyskylinergondolas #disneytransportation #disneyskyliner #skyliner #skylinergondola #charactergondola #disneygondolas #artofanimation #disneysartofanimationresort #popcentury #disneyparks #disneyparksnews #wdwnt

Fans that want to bring the magic of the Skyliner home can purchase all kinds of Disney Skyliner-themed gear including t-shirts, hoodies, mugs, pins, MagicBands, Christmas ornaments, toys and more available now at Epcot, Disney’s Hollywood Studios and the four resorts the Skyliner serves.

Moana Is Getting Her Own Disney World Attraction & You’re Welcome