A New Dr. Seuss Book Is Coming & It’s Going to Be an Instant Classic

Grab your red fish, blue fish, one fish and two fish—and get ready for an inspiring new story time favorite thanks to a new Dr. Seuss children’s book to be released this year!

Based on an unfinished manuscript and sketches by the late Theodor Geisel—a.k.a., Dr. Seuss—Random House Children’s Books will release Dr. Seuss’s Horse Museum this fall, almost three decades after his passing. It features horse-themed artwork by masters like Pablo Picasso and Jackson Pollock and includes cameos from classic Seuss characters, like the Grinch, the Cat in the Hat and Horton the Elephant, as you follow along on an excursion to learn about the creative process. 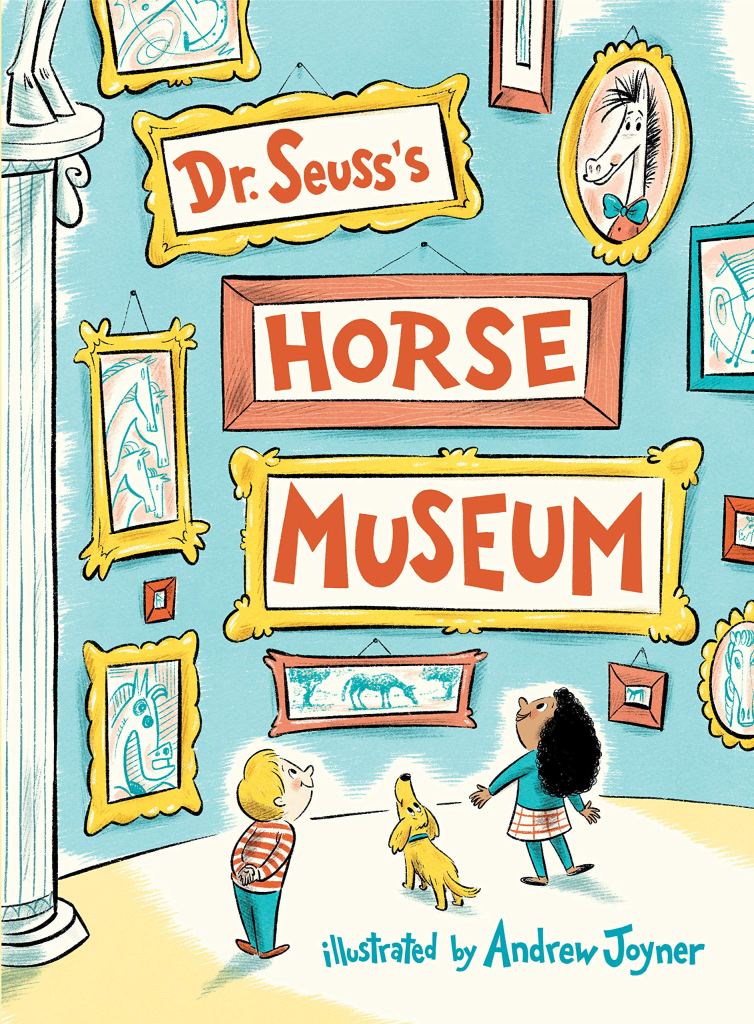 The new book was completed and illustrated by Andrew Joyner, whose previous credits include The Baby Swap and Too Many Elephants in This House. Random House just unveiled the book’s cover, giving fans a look at what to expect. The illustrations are clearly Seuss-inspired, but with a uniqueness of their own.

Dr. Seuss’s Horse Museum will be available in store and online Sep. 3—but you can pre-order it on Amazon now.

11 Books Written by Celebrities We Are Loving Right Now

Red Tricycle > Things to Do > Books > Books for Early Readers > A New Dr. Seuss Book Is Coming & It’s Going to Be an Instant Classic