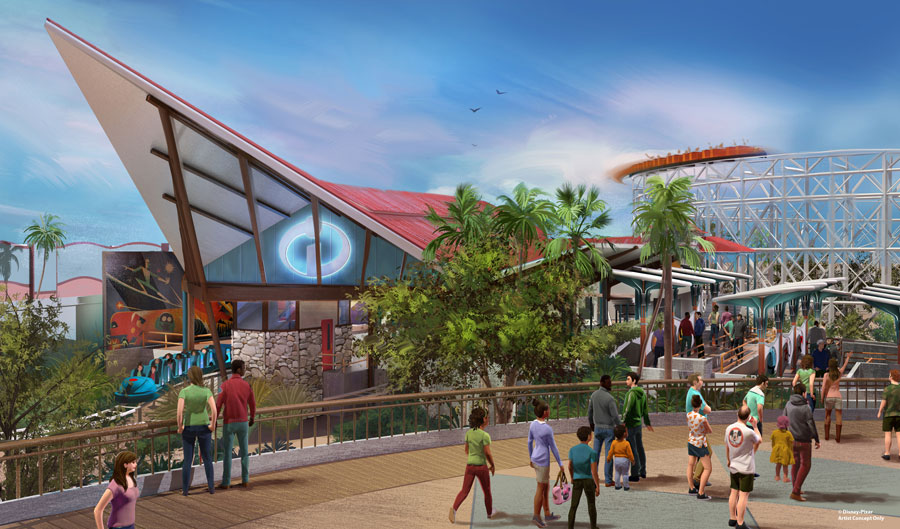 Pixar has brought about some of Disney’s most memorable characters to date, so it’s no surprise that the parks have plans to expand the Pixar presence. The latest reveal is a revamped ride with a new Incredibles theme.

The summer of 2018 will unveil some big changes at Disney California Adventure. Disney parks have already announced plans to transform a large section of the theme park into Pixar Pier. Four distinct neighborhoods will focus on popular Pixar films including Toy Story, Inside Out and the The Incredibles. These new additions will join the already popular Cars-themed area.

As Disney Parks Blog reports, anchoring the Incredibles-themed neighborhood will be the newly renovated Incredicoaster. Using the existing California Screamin’ ride, the attraction will get revamped with a “mid-century-modern-style loading area, new character moments and a new look for the ride vehicles.” If you’re a fan of California Screamin’, get your last rides in now because the ride will close permanently on January 8 to prepare for it’s new Incredibles look.

The Incredicoaster, along with all the new Pixar elements will debut in the Spring of 2018 during the limited-time celebration of Pixar Fest starting on April 13.

What Pixar films do your kids love the most? Share your favorites in the comments below.