All rise for the newest Career Barbie! The honorable Judge Barbie doll is now presiding over play time.

Barbie has taken on over 200 different careers since her debut in 1959. From astronaut to president, Barbie has held some very impressive titles and the latest is among one of the most important roles. According to the American Constitution Society, women make up only one-third of sitting state judges in the United States. Barbie is hoping to change this by inspiring a whole new generation of girls to consider judicial careers in the future. 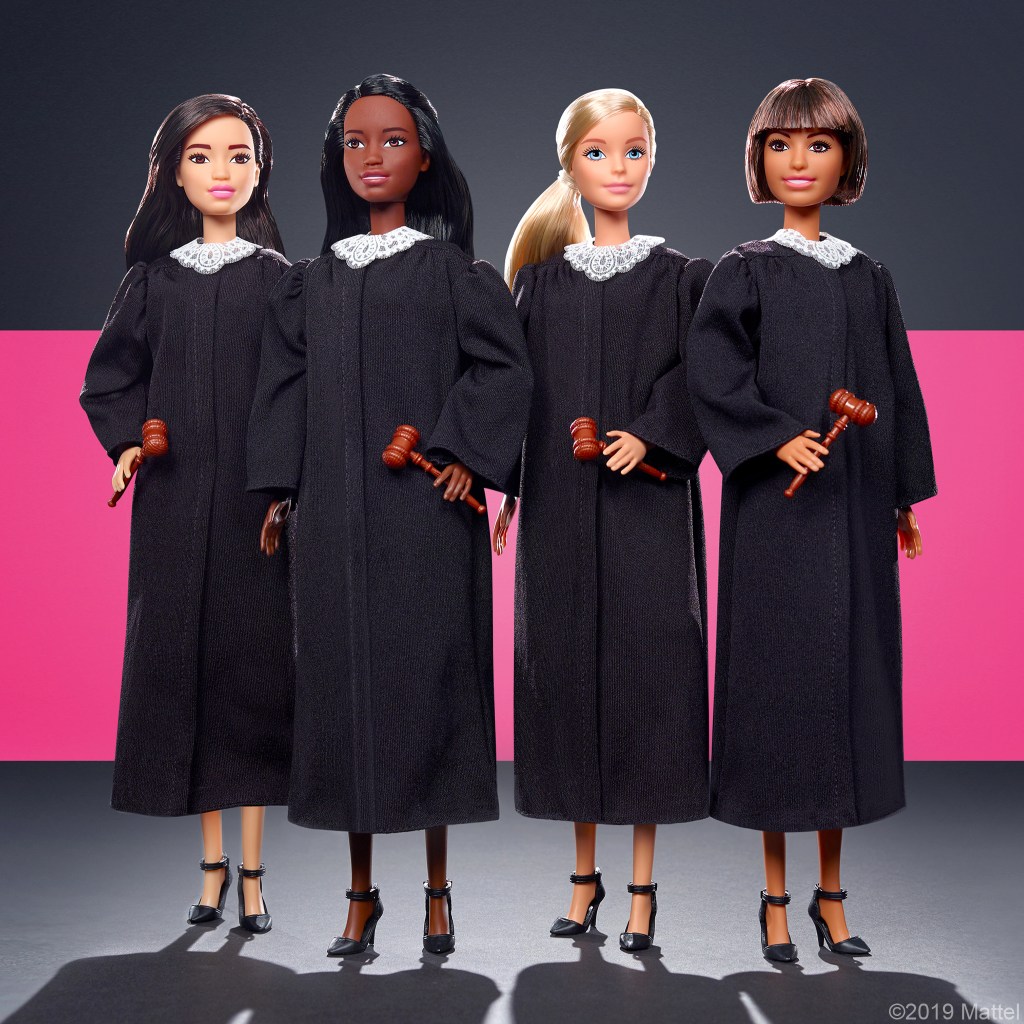 The launch of the new Judge Barbie dolls serves as an important nod to the Barbie Dream Gap Project, a global initiative to raise awareness about the limitations that can prevent young girls from reaching their full potential. Research has shown that starting as early as age five girls begin to lose confidence in their own competence because of outside influences, like the media and cultural stereotypes. Barbie wants to inspire girls to understand their limitless potential with the Barbie Career line and help them understand they have plenty of choices.

The brand consulted with the National Association of Women Judges to ensure that Judge Barbie is as representative of sitting female judges as possible. The four different Judge Barbie dolls feature a variety of hair colors and styles, as well as skin tones and facial features. They come dressed in a black judicial robe with a lace collar and a gavel accessory. Under her robes, Judge Barbie is still a style maven with a floral-print dress.

All four new Barbies are available for purchase now. The dolls are priced at $12.99 each.

Mattel Is Releasing a Limited Edition Day of the Dead Barbie

Red Tricycle > Shopping > Gear > Order in the Court! Barbie Has a Brand New Career As a Judge