The wonderful thing about LEGOs is that they not only teach kids about important STEM skills, like engineering, they also inspire creativity. Nowhere is that inspiration more apparent than with LEGO Ideas. And the latest set to come out of this user-generated LEGO think tank is an incredible Ship In a Bottle. 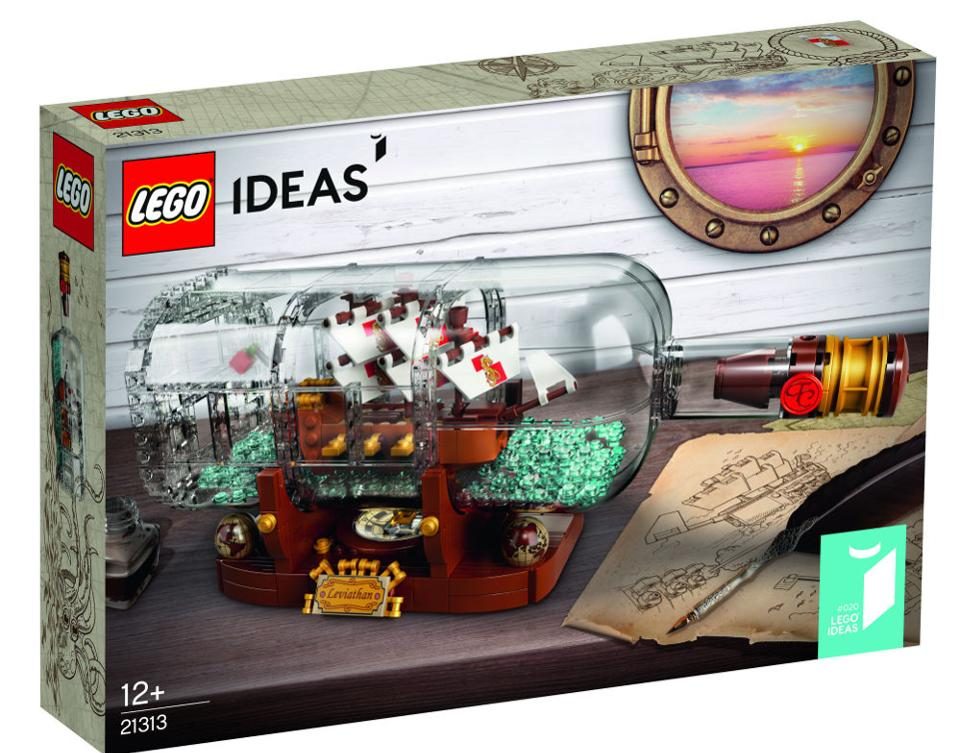 LEGO Ideas is a dream come true for master builders of all ages. The program allows LEGO fans to submit their own ideas for new sets and have a chance to see them actually manufactured. It was just a few months ago that LEGO Ideas announced its newest set, a tribute to the women of NASA that became one of the most popular toys on Amazon during the holiday season. Now, the program has unveiled its latest set and it’s pretty amazing.

The Ship in a Bottle is the 20th set to come out of LEGO Ideas and is exactly like what the name implies. Resembling a model that is built inside of a glass bottle, this one is made of plastic. The set even comes with a display stand and wax seal. Though it is marked 12 years and up, this complex LEGO set is still easier to put together than a real ship in a bottle. The set will go on sale February 1 and retail for $69.99.

Do your kids like coming up with their own LEGO creations? Share their master builds in the comments below.