There are more than 350 million people across the globe who are colorblind. Sixty-four percent of these people have color confusion and 59% can only identify some colors. Imagine being a colorblind child and trying to play a game that relies on the ability to recognize specific hues. UNO is a classic card game that plays to the child’s color recognition skills. Well, now colorblind kids can get in on the UNO action too. How? Check out what happened when the makers of UNO partnered with ColorADD, the creators of an internationally recognized colorblind alphabet. 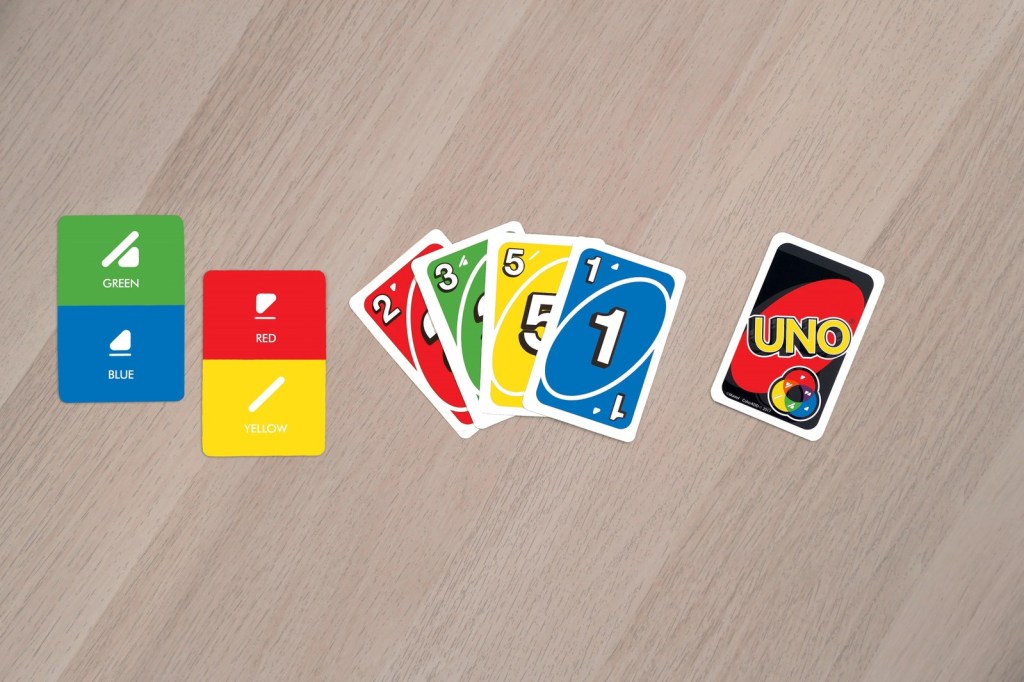 How does the code work? There are three graphic symbols that represent the three primary colors (red, yellow and blue). The new UNO deck has these symbols on the top-left and bottom-right corners of each card.

Now kids who have never been able to play the classic card game will have the opportunity to take part and get in on the color-coded action.

What do you think about the new UNO deck? Share your thoughts in the comments below.