Email and text messages have eradicated the days of practicing your cursive writing with a letter to Grandma or telling your international pen pal all about your awesome collection of Pound Puppies. But newly announced scratch and sniff stamps from the US Postal Service are about to put letter writing back in style.

The US Postal Service has just announced that it will be releasing a series of scratch and sniff stamps for the summer. Yes, that’s right, scratch and sniff. The set of 20 new stamps feature bright, colorful images of popsicles. The watercolor designs were created by California artist Margaret Berg. 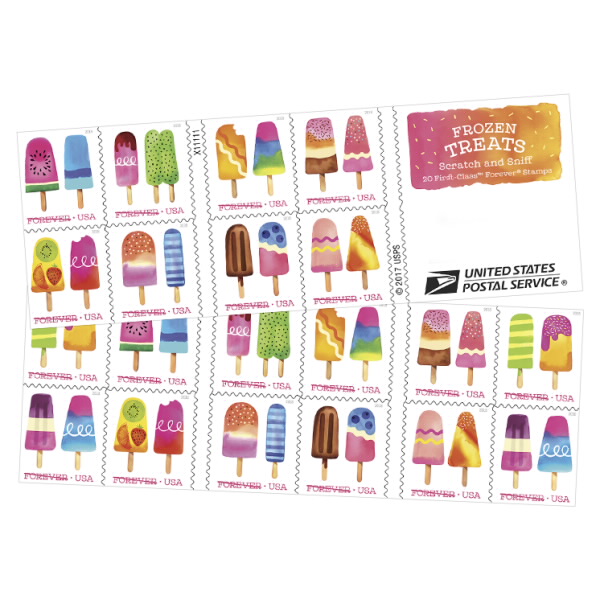 Just like with those awesome scratch and sniff stickers of your youth, scratching the stamps releases the sweet scents that match the popsicle flavors like kiwi, orange, chocolate, blueberry, strawberry and cola. The US Postal Service refers to them as the “scents of summer.”

This isn’t the first time the Postal Service has come up with some creative ways to adorn a stamp. In honor of last year’s eclipse, they released a color-changing heat sensitive stamp.

These new stamps will be released on June 20. Just in time to pack a few in those backpacks for letters home at sleep-away camp. Any excuse to practice writing over the summer that actually makes it seem fun is well worth the 50 cent price tag.