The Best Time of Year to Visit NYC

Every year, literally millions of people flock to New York City to eat and explore, take in arts and culture, and experience what natives regard as the greatest city on Earth. But the New York you’ll experience in the spring, is a different animal from NYC in winter, fall or summer. So what is the best time of year to visit NYC? It depends on what you want to do, your weather preference and interests. We’re breaking down things to do in NYC by season, so you can decide when it’s prime time to visit for you. (Need more ideas on things to do in NYC? Click here for more than 100!) 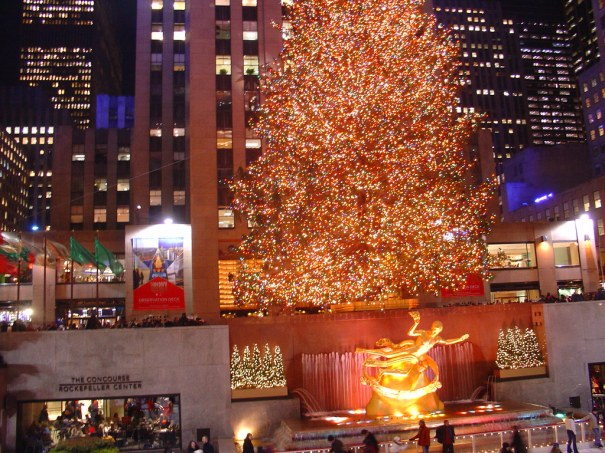 Winter: What to Do in NYC

Even though it can be pretty cold at times, many people will tell you New York City is simply magical in Winter, particularly during the holidays.

The holiday season traditionally kicks off with the Macy's Thanksgiving Day Parade and rolls all the way to New Year's Eve and Day with the ball drop in Times Square and brave Polar Bears charging into the sea at Coney Island.

Rock Center isn't the only special rink in town. Bryant Park is home to a free rink and holiday village with events and activities all season long, and downtown, Brookfield Place offers a rink with a view.

Santa can be found all over the city, but perhaps most famous perch is at Macy's where children have been sharing holiday wishes for decades.

New York's holiday markets offer an alternative to mall shopping, featuring unique gifts from area artists and vendors, as well as sweet and savory treats. And shopping for kids is both easy and a memorable holiday experience in itself, with destinations like the new FAO Schwarz and American Girl Place in Rockefeller Center. (There's a LEGO store there too!) 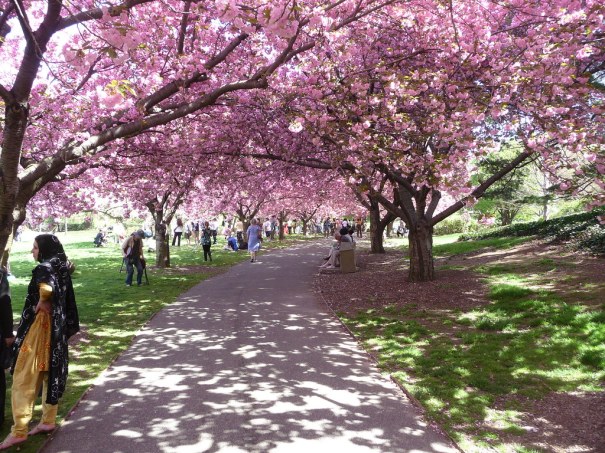 Spring: What to Do in NYC

New York City emerges from winter with spirit and style. Gardens and parks throughout the five boroughs bloom with spectacular displays. Popular spots for taking in spring flowers include the cherry blossom festivals at the Brooklyn Botanic Garden, the New York Botanical Gardens in the Bronx, and on Roosevelt Island. (The NYBG also holds its annual orchid show in spring.)

Macy's annual Flower Show features impressive creations in the Herald Square flagship, and on Easter, scores of people (native New Yorkers and visitors alike) stroll Fifth Avenue and gather on the steps of St. Patrick's Cathedral in the annual Easter Parade and Easter Bonnet Festival. (And an egg hunt is never very far away.)

More formal parades include the St. Patrick's Day Parade right as spring starts, and the Memorial Day Parade at the end of May. It's around that time you'll also spot sailors in uniform out and about the city, thanks to Fleet Week.

This is a great time to head to the city's zoos as baby animals often make their debut in spring. The Bronx Zoo is the big one, but there are other, more manageable places to get up close with animals around town. Downtown, the Tribeca Film Festival screens and recognizes some of the best in current cinema.

Spring is also the season for major museum exhibits, including the yearly Metropolitan Museum of Art's Costume Institute show (2019 is "Notes on Camp"), which is accompanied by an exclusive, star-studded gala, and the influential survey of contemporary American art The Whitney Biennial, alternating years. (But The Whitney, located at the bottom tip of the elevated park of The Highline, is worth a trip any year.)

And New York's baseball teams get swinging in spring; the Mets play in Citifield in Queens, the Yankees play in Yankee Stadium in the Bronx, and the minor league Cyclones can be found in Brooklyn's Coney Island. 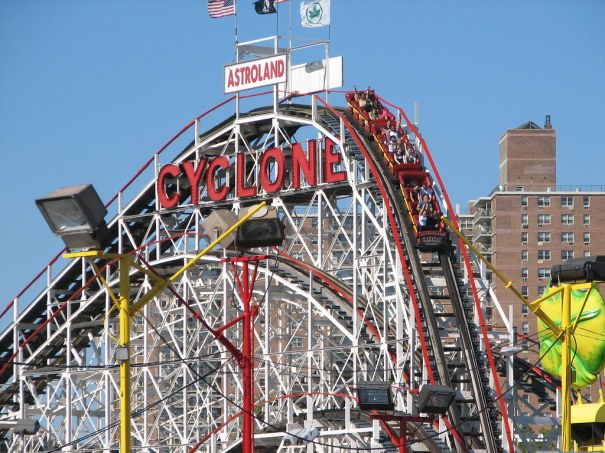 Summer: What to Do in NYC

New York City loves summer, and celebrates the season all kinds of ways. Classic summer activities include a trip to Coney Island to ride the cyclone, hit the beach, and have a hot dog at Nathan's or pizza at Totonno's. (The annual Mermaid Parade also is a huge draw, as it the New York Aquarium.)

The city's beaches are open (many of which you can reach by subway), and waterside fun can also be found out in The Hamptons, where both fancy people and families head when the temperatures rise.

Another popular summer destination a quick ferry ride away is Governors Island, a car-free Shangri-la of art, inventive playgrounds, festivals and events, food, amazing views of the water and downtown Manhattan.

NYC is full of, and surrounded by water, and summer is a great time to take a boat ride, whether it's a free ferry, a historic ship, or kayak—there are lots of options!

Everyone loves ice cream in the summer; New York is an ice-cream lover's paradise, with classic cones, gourmet gelato, Instagram-worthy creations, and more.

Farmer's markets explode with berries, produce, blooms and more (Union Square is a prime one to hit, or you can go pick your own at a farm nearby), and the city's water parks, or "spraygrounds" keep kids cool. (As do the city's collection of enormous swimming pools.)

And a New York summer isn't complete without the spectacle of the Macy's Fourth of July Fireworks. 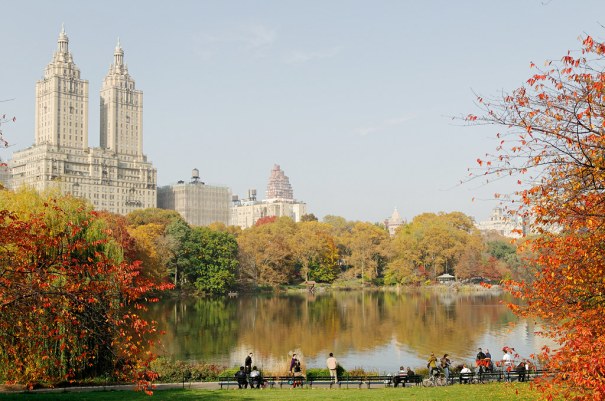 Fall: What to Do in NYC

There's a reason why there's a song called "Autumn in New York": it's an incredible time of year in the city. Summer actually lingers for a while, so fall activities can be enjoyed in warm weather as the leaves begin to turn. (When they do, spots like Central Park, Prospect Park, Fort Tryon Park, Wave Hill in the Bronx all put on a spectacular show.)

Fall is primetime for culture in New York City, with theaters and museums debuting some of their biggest shows of the year. (A theater town, New York has many productions and venues just for kids.)

The mild temperatures are a perfect fit for the many fall festivals and events that happen around the city. Many people head out to a local farm to pick apples or pumpkins, but NYC has its own farms within city limits for seasonal fun.

New York embraces Halloween with equal gusto as it does the holiday season, evidenced by the famed Greenwich Village Halloween Parade, festivals and events in every borough, over-the-top decorations in neighborhoods from the Bronx to Brooklyn, and even a canine parade that attracts international attention.

One of the heralds of autumn is the New York City Marathon, which draws participants and fans from around the world. (Cheering runners on along the route at key locations, such as Brooklyn's Fourth Avenue or in the final stretch in Central Park, is a highlight of the event.)

Fall in NYC contains more than a few bucket list items (especially for families). Those include seeing the balloons for the Macy's Thanksgiving Day Parade be inflated the night before the event, or the parade itself, which serves as the unofficial kickoff to the holiday day season, and ushers in winter.

The 2019 NYC Summer Bucket List: What You Must Do with the Kids This Season 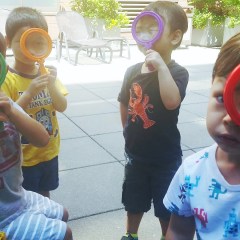 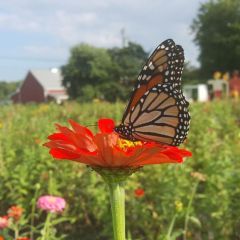 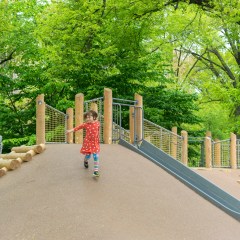 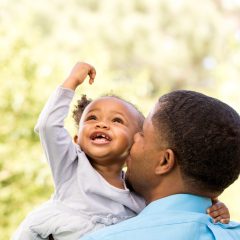 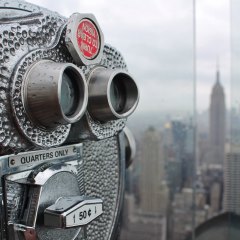 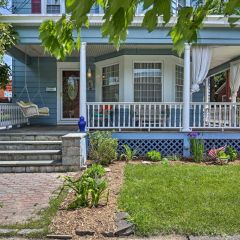 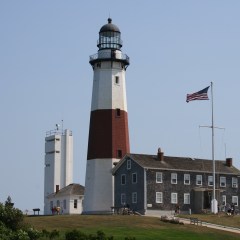 Things To Do With Kids in the Hamptons, Summer 2020 Edition