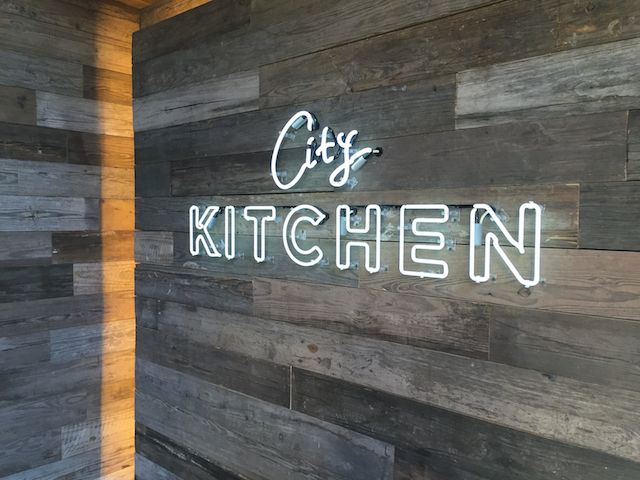 Even the most Times Square-averse parent descends into the belly of the beast every so often; The Lion King, the New Victory Theater, 5,000 movie theaters all live there. And eating in the Square presents its challenges: the area’s restaurants skew both pricey and, well, mall-esque. What’s a hungry NYC family to do post show, movie or Ripley’s? Head to this groovy new food hall that’s affordable, fun and anything but Olive Garden. 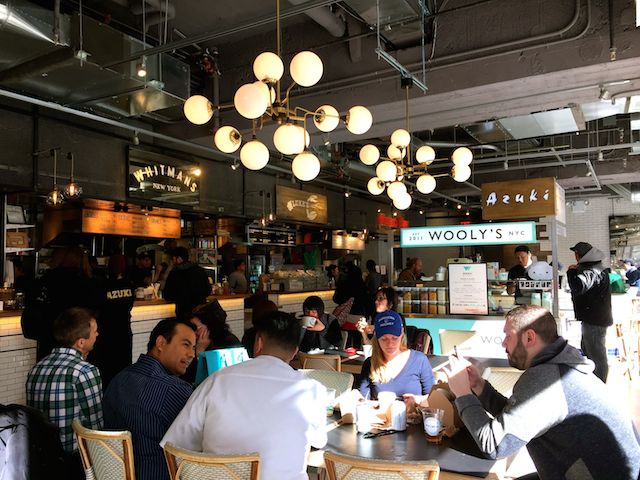 Brand spanking new, City Kitchen is described as “an urban style food market” by its creators. Connected both literally and figuratively to the new Times Square hotel Row NYC, the venture showcases curated menus from nine New York City eateries of myriad cuisines as well as specialty seasonal vendors. (The concept behind City Kitchen is to bring authentic, quality NYC-bred food from farther-flung eateries that visitors, or even locals, might not know about or get to.) 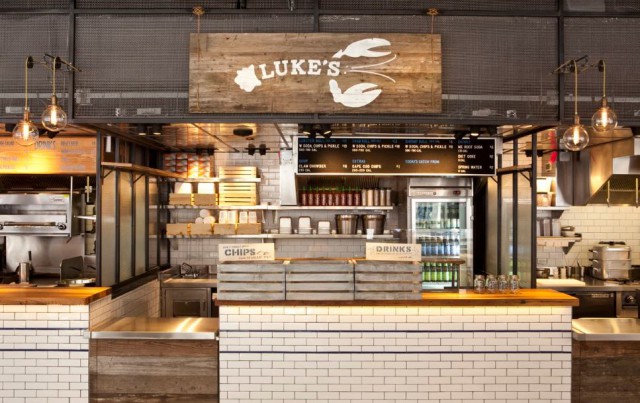 What can I eat there?

Seasonal treats include shaved snow from Wooly’s (top the novel dessert with everything from Cap’n Crunch to chocolate drizzle to Pocky Sticks) and sweet and savory pretzels from Sigmund’s. 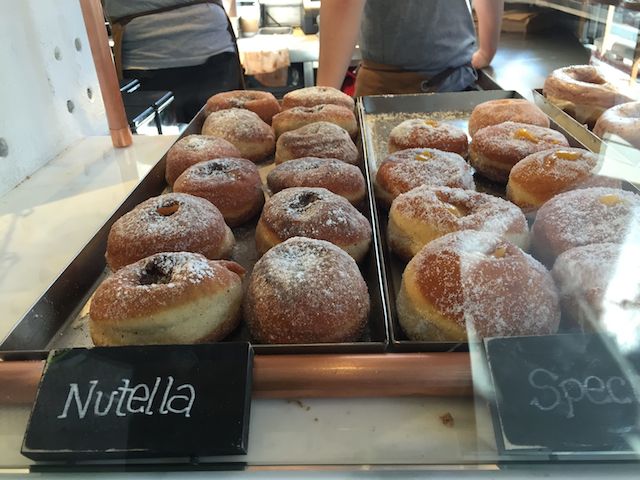 In addition to serving some tempting bites (we had a hard time deciding, but opted for a soft taco from Gabriela’s and a Nutella doughnut from Dough) City Kitchen is a pleasant space to be in. The interior features white subway tile, marble, reclaimed wood and striking Italian glass modern chandeliers. Floor-to-ceiling windows on two sides of the space let light in and provide great street views from the second floor; fixed metal and leather stools along the periphery give customers a place to sit, eat and people watch. 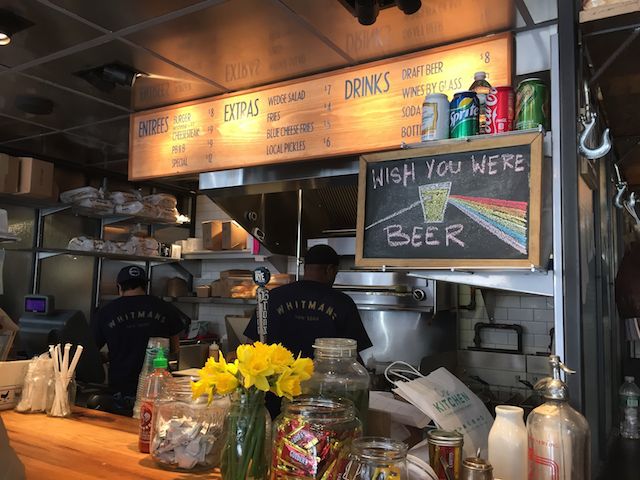 If you do make it to City Kitchen, be sure to walk down the long hallway past the elevator. Not only will you find large tables with more seating, you’ll be transported to what feels like another world; it is, in fact, the cavernous lobby and bar space of self-described art-driven hotel Row NYC. Yes, you can eat your food there, because City Kitchen is part of Row NYC, and no, we won’t show you a picture — a little surprise is always a good thing.

Have you paid City Kitchen a visit? Tell us what you tried!