Greek Out!: Exploring Mythology With Kids in NYC

More and more kids seem to have Greek mythology on the brain these days. Maybe it’s the Greek myth subtext of the monster movie hit, Avengers: Age of Ultron, or perhaps it’s excitement about the upcoming Wonder Woman flick, now that she’s not merely an Amazon, but an actual daughter of Zeus. The Percy Jackson and the Olympians book series probably has something to do with it as well. Regardless, we say that just because school is out doesn’t mean you can’t get some fun learning in on the sly. Here’s where your kids can interface with the gods and monsters of the Mediterranean right here in NYC. 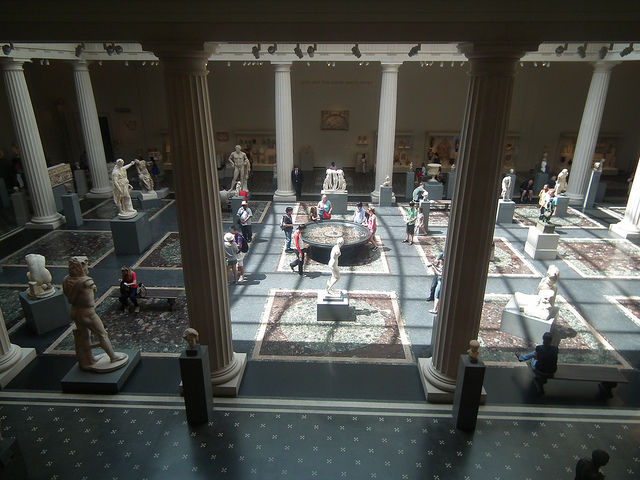 Take in Art of Mythic Proportions

Explore Greek Mythology at the Metropolitan Museum
The trend has not escaped the notice of the fine people at the Met. After all, not only is the Met bursting with art referencing Greek mythology, the opening scene of the first book, The Lightning Thief, actually took place at the museum. Stop by the visitor information desk at the Metropolitan Museum of Art to pick up your complimentary Percy Jackson and the Olympians Art Adventure Guide. (Yes, that’s a real thing.)

The guide features a map and quotes from the books that serve as clues to help kids find works of art related to Rick Riordan’s stories. The guide takes users on a tour of classic paintings, armor and statues of heroes like Hercules, Perseus and Athena. When the hunt is over, kids can carefully rip the guide as directed to turn it into a series of collectible trading cards. (For even more info from the author himself,  listen to a podcast of Riordan talking about his inspiration for writing a Young Adult novel inspired by Greek mythology, here.)

Kids Programs at Onassis Cultural Center
Though the Onassis Cultural Center’s home base on Fifth Avenue is currently closed for renovation, its programming continues at other venues, including the Center’s annual Hellenic Humanities Series’ Musical Drama and Dance: Re-imagining Greek Theater summer camp at the Brooklyn Academy of Music. The Cultural Center is set to re-open in the fall, when they intend to continue regular family programming, such as Sundays at Onassis, with Greek mythology art projects for children ages 3-7.

Play Among the Gods

What’s better than a playground with cool things to climb on, swings to swing on, and, in the summer, sprinklers to run through? How about a playground with all that… and a Greek god watching over you the entire time? To mingle with the myth-makers of Mount Olympus without leaving NYC, check out these divine playgrounds.

Oracle Playground
Upgraded in 1997, Brooklyn’s Oracle Playground (named for its proximity to Adelphi Street), received not only basketball backstops, removable tennis court nets, and drinking fountains, but also a brand new Greek theme, including paving stones in a mathematical Greek key design around the fences, and animal art in the shape of a Trojan horse, as a hat-tip to Homer’s The Iliad.

Poseidon Playground
Located near the Coney Island boardwalk (where else would a god of the sea plant his trident?), Poseidon Playground boasts swings, handball courts, spray showers and — most importantly for parents — a wi-fi hot spot. (So if your child has any questions about the area’s namesake, you can Google some answers immediately.)

Charybdis Playground
Named after Poseidon’s daughter, this Queens playground overlooks water as well: the East River. Upgraded as part of a capital campaign in 1997 and 2000, it features colorful slides, monkey bars, as well as swings that are accessible to children of all abilities. 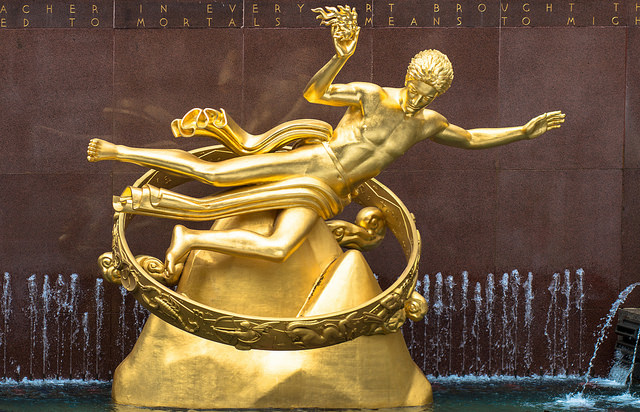 Gods Ready for a Close-up (or Selfie)

It’s one thing to visit Greek gods in a museum, or to frolic in a playground named for one. It’s quite another to gaze up at their larger than life visages (especially if you’re only three feet tall to begin with). For that, you need to seek out towering statues of metal and stone. Luckily, NYC has you covered there, as well.

Prometheus
Once, this titan stole fire from the gods and was punished for eternity by being chained to a rock and having his liver eaten out. Now, he sits chained to a large metallic disk, watching ice-skaters in the winter and dining tourists in the summer, having his picture eternally taken; a selfie every self-respecting Greek mythology loving tot is required to have for their collection.

Athena
A gift from the people of Athens to the people of New York in 1998, this bronze work of art standing over 10 feet tall is an exact replica of a figure first carved in 350 BC. (The  statue is a tribute to the Astoria neighborhood’s Greek-American population.) Athena’s namesake park includes an amphitheater, a playground, basketball courts, Doric columns and additional statues of Socrates, and Minerva, Athena’s Roman counterpart. 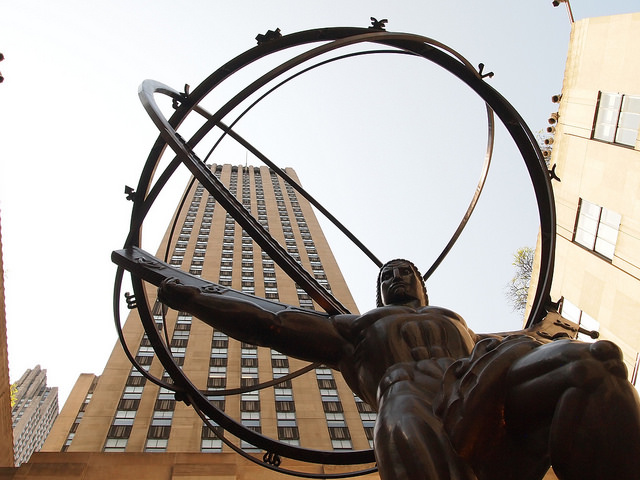 Atlas
It’s a small world takes on a whole new meaning when you leave the lower level of Rockefeller Center and head to Fifth Avenue, where this half-man/half-god stands enduring his eternal punishment: holding up our planet. A wonderful lesson for children either on the topic of actions having consequences, or a reminder that their life isn’t nearly as hard as they may believe it to be.

Where do you go to hang with the gods in NYC? Tell us in the comments below!

Red Tricycle > Things to Do > Indoor Fun > Greek Out!: Exploring Mythology With Kids in NYC 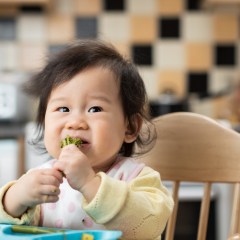 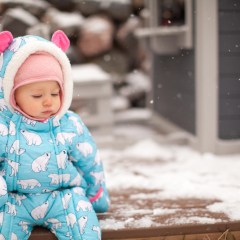 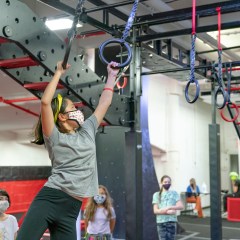 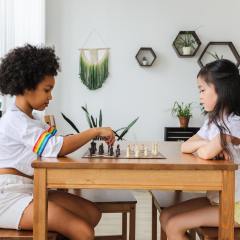 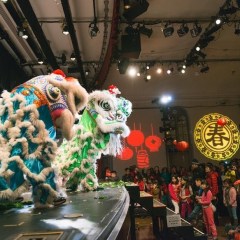 Out & About: Free & Fun Events for Kids & Families This Month 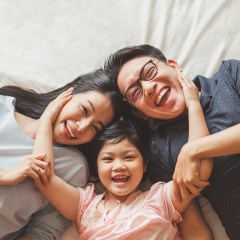 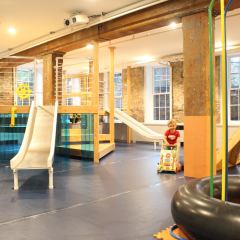