Grody to the Max: This New Exhibit Goes to Extremes

The new exhibit at the American Museum of Natural History, “Life at the Limits: Stories of Amazing Species” is astounding, fascinating, and just truly revolting. In other words, it’s perfect for tykes who love to say “Ewwww! That’s gross!” — that is, pretty much all of them. Even if your kid isn’t obsessed with the grotesque, this exhibit is guaranteed to wow them with crazy cool examples of the most hard core beings on earth. (P.S.: you will love it too, especially if you have a penchant for the mesmerizing/ingenious/repulsive adaptations of living things.) 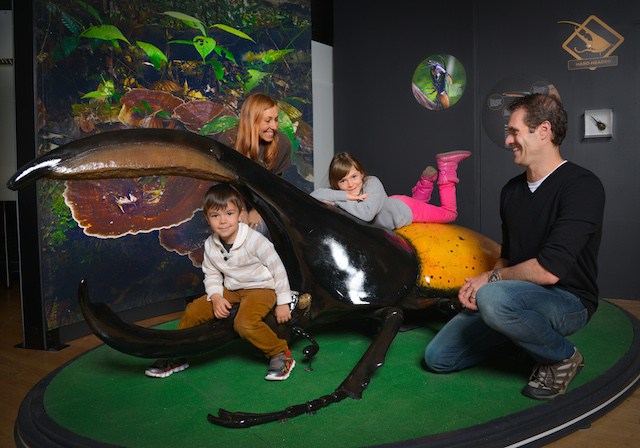 As the title of the exhibit indicates, “Life at the Limits” takes an up-close-and-personal look at the creatures living under some of the most extreme conditions planet earth can dish out. Inhospitable environments include extreme heat and cold, salt and acid, the deepest ocean depths and darkest of caves. The result is a veritable freakshow of living things equipped to handle (and thrive in) some of the harshest environments and conditions  through the phenomena of natural selection and adaptation. 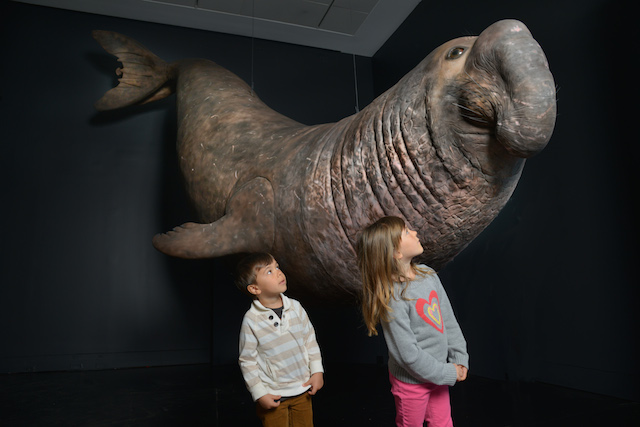 OK, but will I see that horrifying fish with the light on its head?

You will — well, you’ll see a picture of one. (It’s called an Angler Fish for obvious reasons, and should you fall hard for it, you can purchase an Angler Fish plushie in the gift shop.) Because so many of the stars of the show live in extreme conditions, most couldn’t make the exhibit. However, a few do, including the axolotl, an amphibian that sports frilly gills and can repeatedly regrow limbs; the mantis shrimp, which packs a punch at the speed of a .22 caliber bullet when smashing the shells of prey, and a nautilus, which uses jet propulsion to move about.

The live examples are a nice touch, but the majority of the show surveys the wild and wacky creatures of the world through specimens, models and images, and the experience is both engaging and engrossing. “Life at the Limits” explores adaptations in breathing, sight, hearing, sensing, feeding and surviving (i.e. hiding really well) and more. 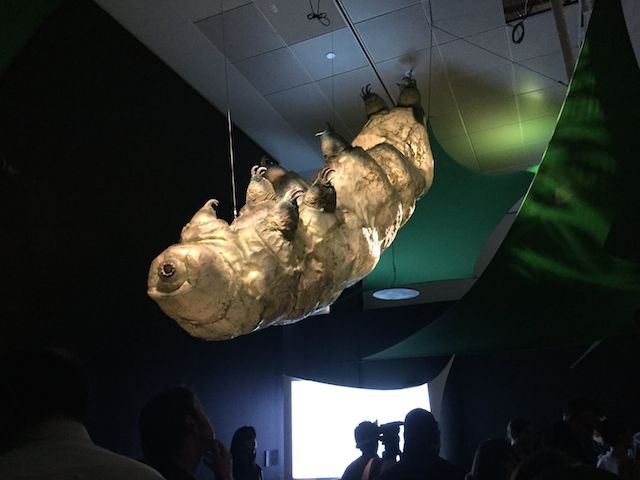 The virtually indestructible microscopic tardigrade (which can even withstand radiation and the vacuum of space) greets visitors in the form of models 200 billion times life size hanging overhead; around the corner a 20-foot model of an elephant seal —  an animal included for its ability to hold its breath for as long as two hours — floats in an ocean-like scene.

Things just get weirder from there. A dip into the dark, domed structure dedicated to cave-dwellers reveals translucent snails; colorless, blind fish equipped with large fins to help them climb waterfalls, and a bacteria dubbed “Snotites” that look like…take a guess.

Visitors can sniff the stench of the enormous and infamous “Corpse Flower,”  marvel at blood in hues of purple and green, and stand amongst a “seascape” featuring giant tubeworms, which live on hydrothermal vents in the depths of the ocean — so deep that the creatures were only discovered in 1977! But wait, there’s more: the Black Swallower fish, which lives so deep in the ocean it must swallow prey whole when a meal presents itself (it can unhinge its jaw); the lizard that squirts blood out of its eyes to scare off predators, and the lungfish, the gilled fish with the ability to wait out droughts underground by covering itself in mucus and breathing air through a hole, only to slither back to water when rain returns. 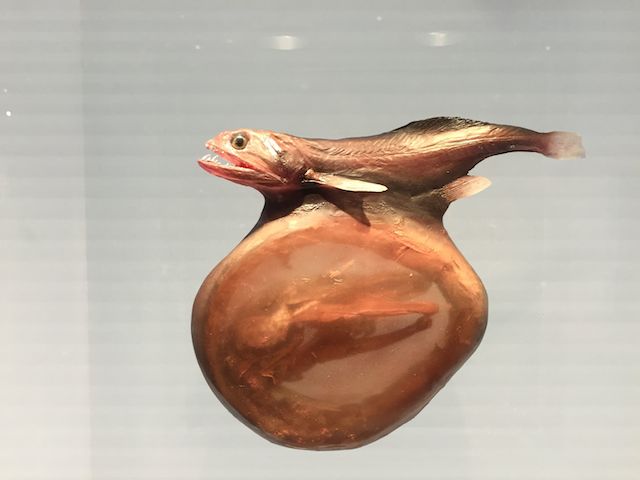 Ok, yes, it’s gross. In other words, your kids are gonna love it. But beyond showcasing some outer-limits  and amazing earth dwellers, “Life at the Limits” does a great job of explaining and illustrating the concepts of adaptation and natural selection, as well as showcasing the astounding diversity of species and environmental conditions on the planet. As much as the show is an introduction to some of the most unusual species on earth, it’s also a tour to remote corners on every continent with the reminder that weird and wonderful things are happening all around us. Plus, even though these extreme beings can’t really take credit for their adaptations, it’s hard not to be inspired by their resilience and plain old will to live.

Have you check out Life at the Limits? Tell us what you thought in the comments below! 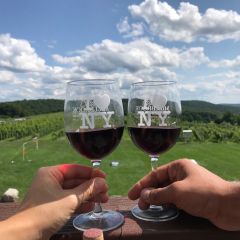