Greetings, true believers! In search of a place to satisfy your little comic book fan’s need to read? (Or perhaps, even your own?) Anyone Comics, the city’s latest store dedicated to serving consumers of graphic stories of all kinds, has just touched down in Brooklyn. We swooped in faster than a speeding bullet to check it out, and here’s the scoop! 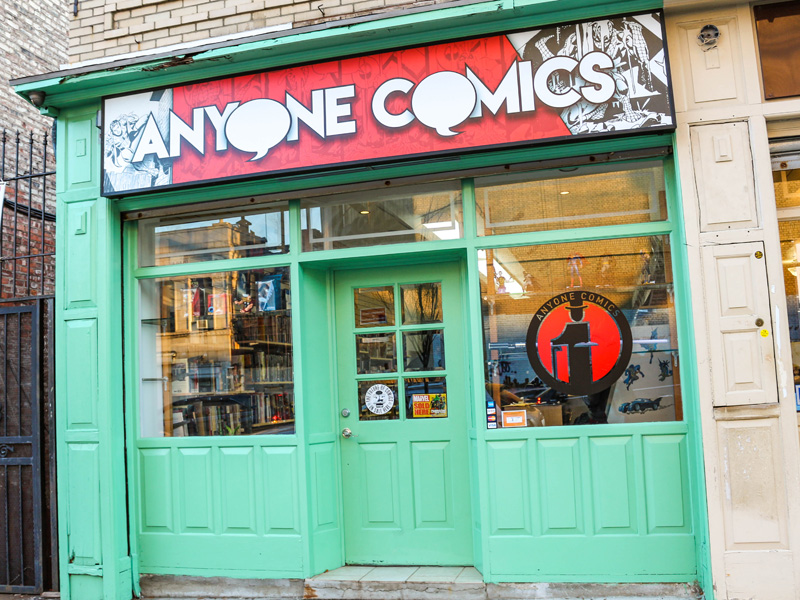 Up, Up and Away
Located in the Brooklyn neighborhood of Crown Heights, Anyone Comics is the brainchild of Dimitrios Fragiskatos, a decade-long staff member at Midtown Comics and a creator of two comic series himself (check out Millenials: You Are Special for a modern, satiric take on X-Men.)

A New York native born in the Bronx, Fragiskatos noticed the need in this neighborhood, which is surrounded by schools and increasingly family-friendly, for a place where local kids and adults could pick up the latest thrilling issues. 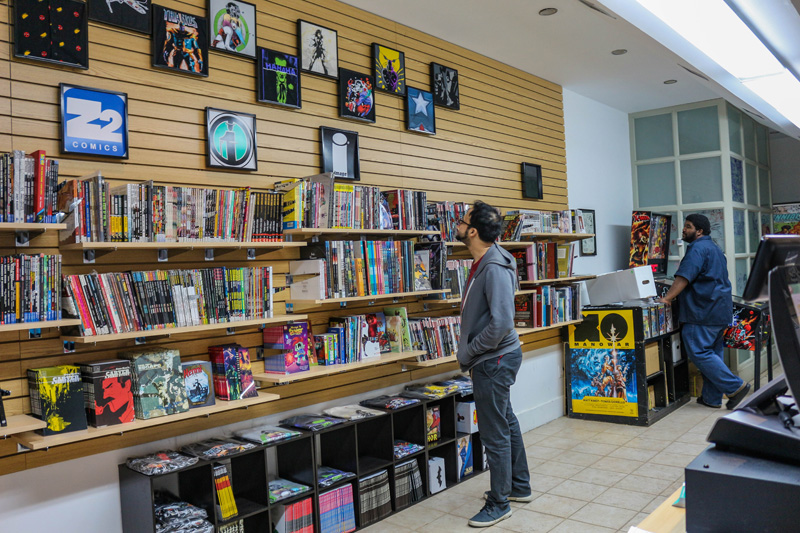 Inside The Lair
On the other side of the cartoony, red shop sign and the distinct mint-green storefront, you’ll find a space that’s neat and orderly, with graphic novels and t-shirts lining shelves on one side and single issues displayed on the other.

There are plenty of mainstream comics available here, but Fragiskatos also stocks a good percentage of indies, too. The shop also serves readers and fans of all ages, too,  offering fare such as The Walking Dead for adults but age-appropriate titles for younger readers as well. “Our library is growing and we’re targeting kids’ books mainly,” says Fragiskatos, who notes that the store will draw on both his personal experience and knowledge, and as well as that of his staff’s to  help parents pick the right book for their kids. 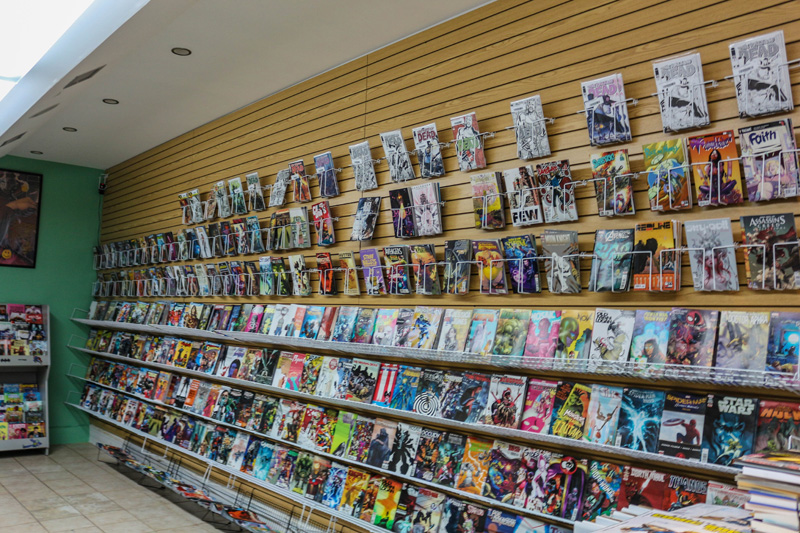 Comics — and beyond!
But there’s more to stimulate your sidekick here. On shelves near the windows you’ll find free posters from local artists and comics-related flyers; in front of the checkout counter there are games, and near the back of the room you’ll find bins of one dollar comics — the last of which is an affordable gesture Fragiskato’s  fondly remembers from the comic book stores of this youth that he wanted to pay forward. Located nearby there’s another favorite for visitors young and old alike: a brightly blinking X-Men pinball machine, for good old fashioned ball-flippin’ fun. 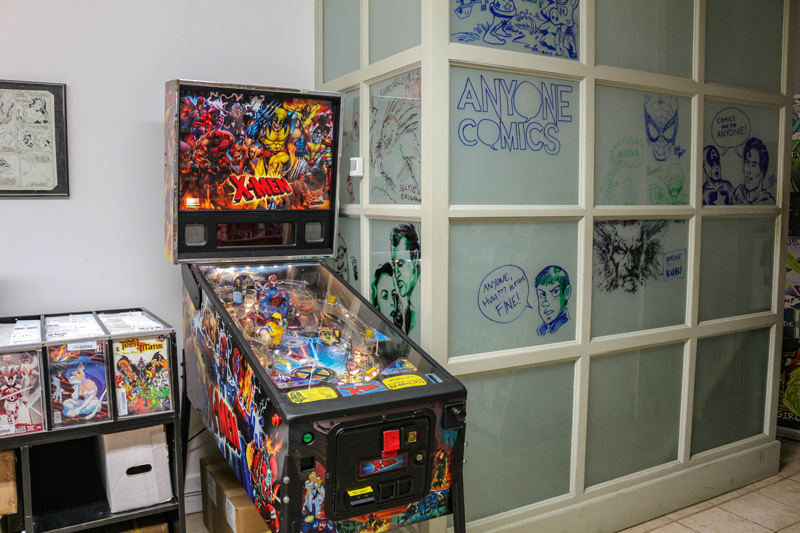 A Place for Heroes (and Heroes-in-training)
At the back of the store, past glass panels sporting illustrations by area cartoonists, there’s an entrance to studios that will be open to rent by local artists. It’s part of an overall effort to keep the shop connected with creatives and provide an inspiring drawing environment.

To that end Anyone Comics will host also host events, such as talks, signings and drawing sessions by comic artists, drawing classes for kids and adults and more. Upcoming highlights include a visit by local artist Tony Wolf, an Indie Comic Thursday series and a look into how comic books are appraised.

Stay tuned!
Fragiskatos plans to further increase the shop’s stock of both comics and games, and host beginners’ Dungeons and Dragons game nights.  Keep an eye on the website and Facebook page for the latest updates. (Don’t forget—May 6 is National Free Comic Book Day, and Anyone Comics is participating!)

Are your family fans of comics?  Who are your favorite superheroes and villains?  Tell us in the comments!